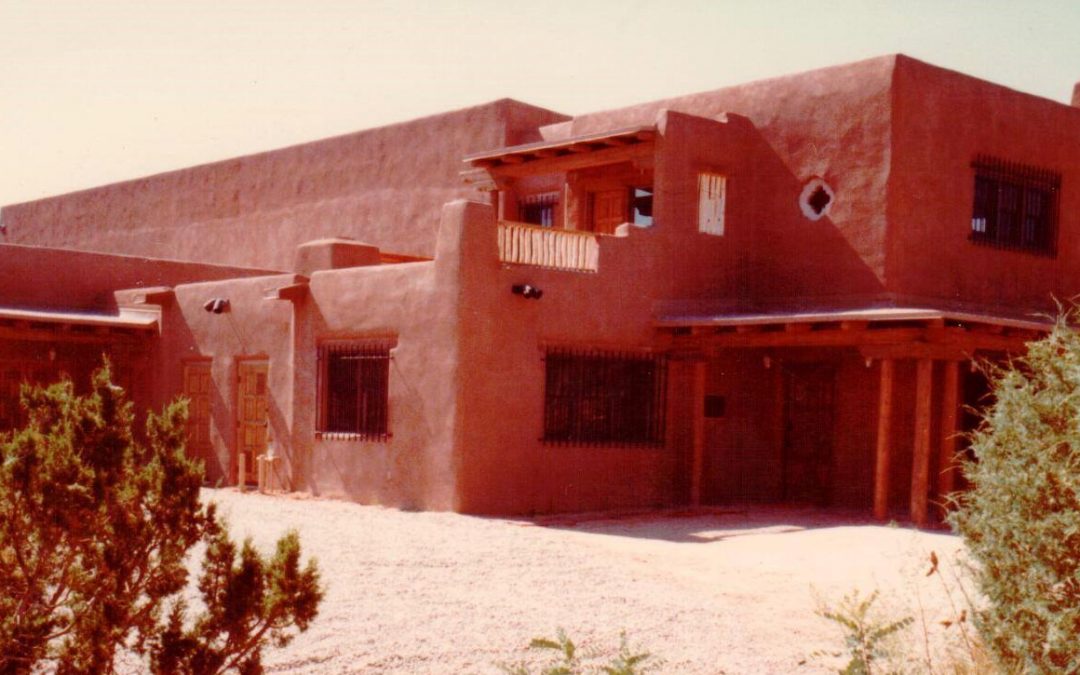 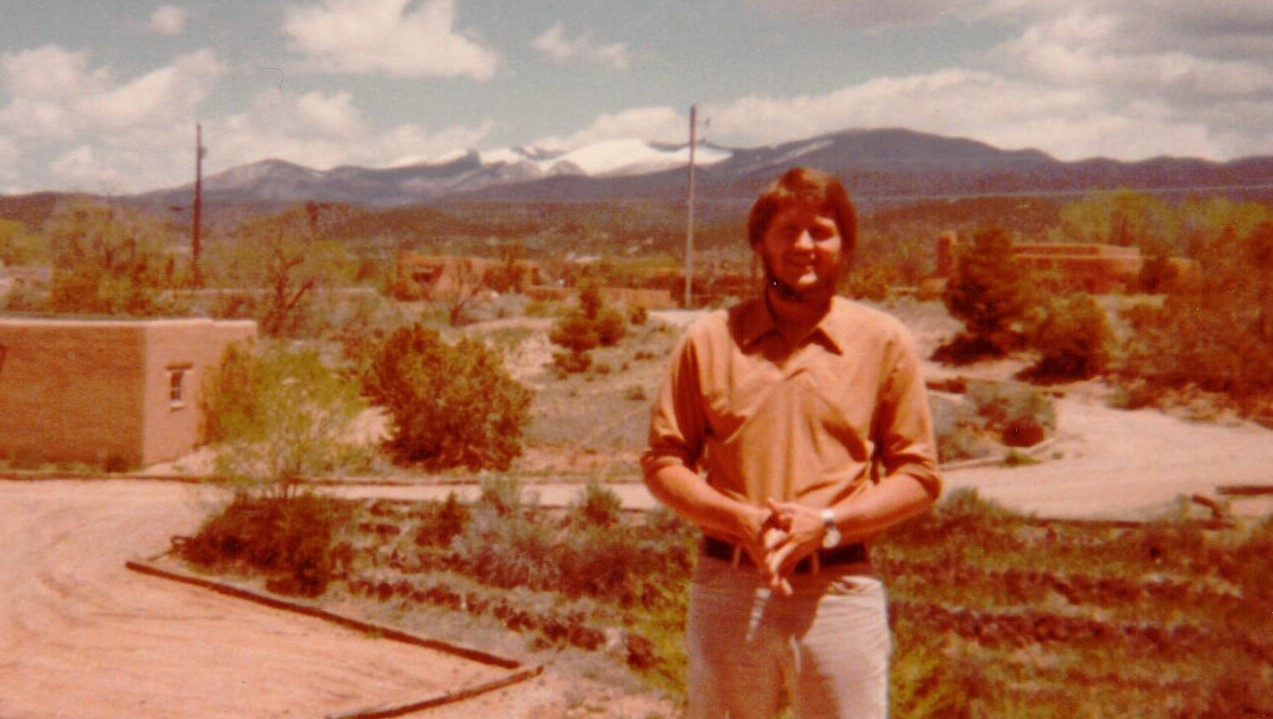 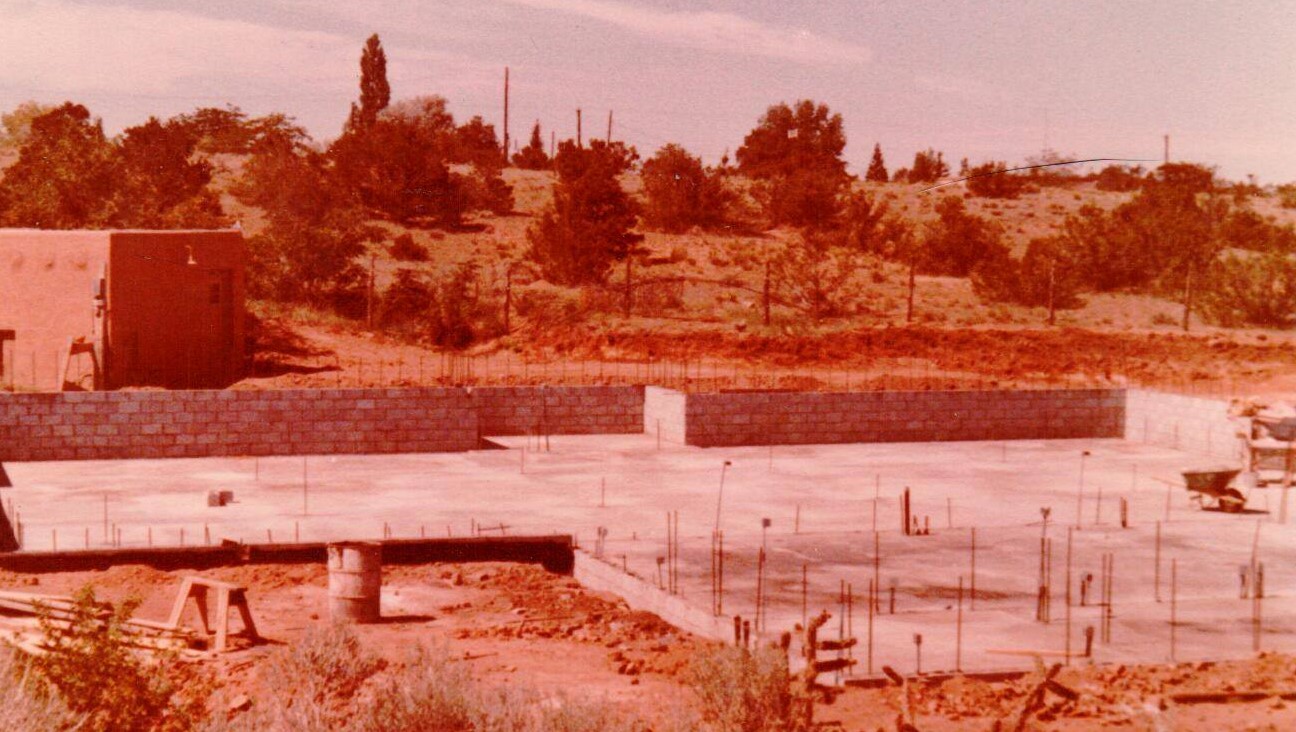 Art Wolf at SAR, and the foundations of the IARC in 1977. Photo by Art Wolf.

In 1977 Doug Schwartz, who was then the president of SAR, hired Art Wolf to be the curator of collections. Wolf’s task was to oversee the building of the facility that would become the IARC, which now stewards a collection of nearly 12,000 artworks. “I was there literally from the ground floor up,” says Wolf, “working with architect John Midyette on the facility, designing everything from specific shelving to the furniture and desks, and planning for the installation of the Indian Arts Fund collections.” The SAR Campus Master Plan of 2018 describes the vaults that house the collections as “worthy of note, with their exposed balconies and detailed woodwork, alongside the extensive wooden display and storage system. . . . The IARC collection is presented in an extraordinary and unique way that is breathtaking for visitors.” 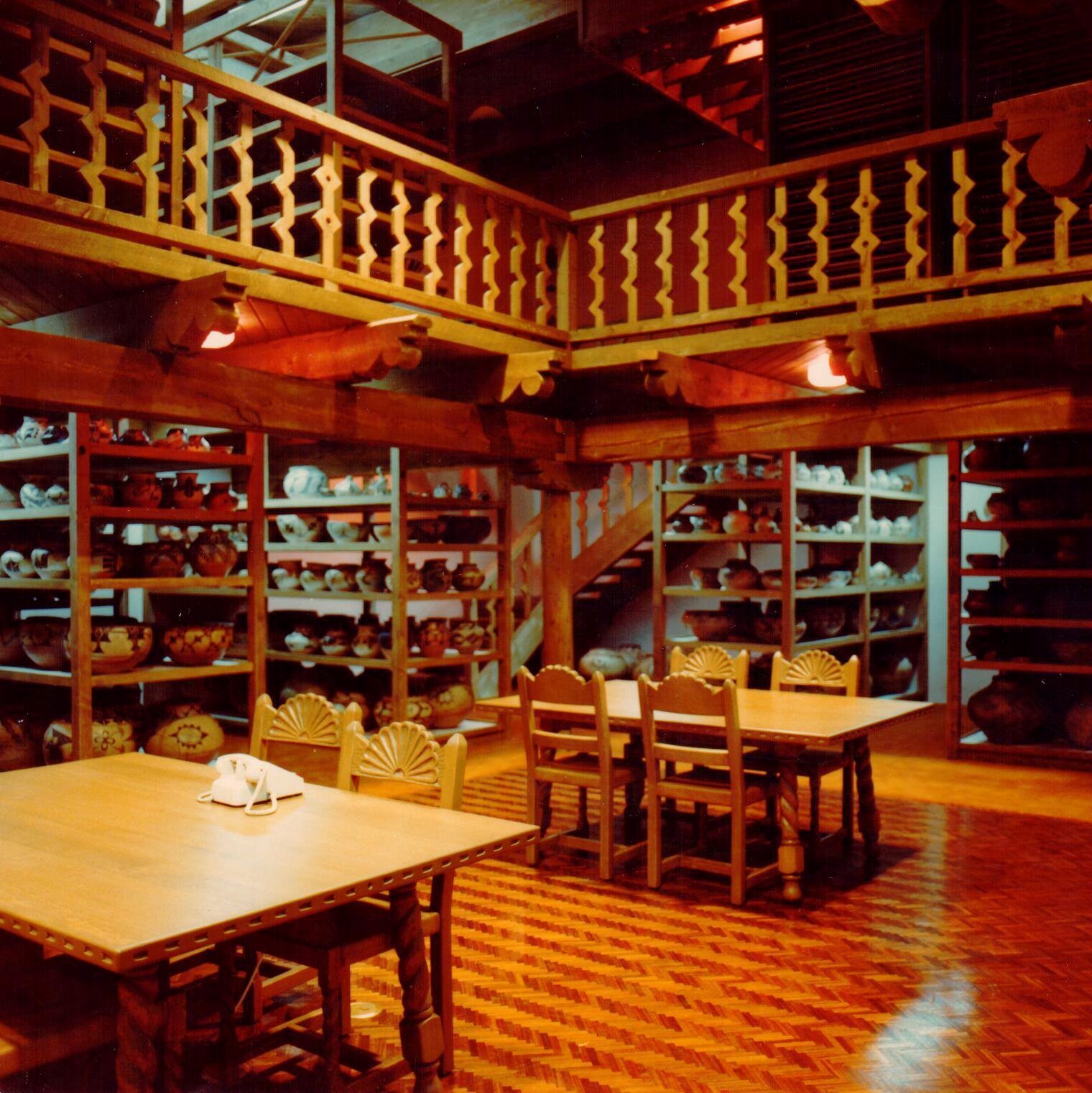 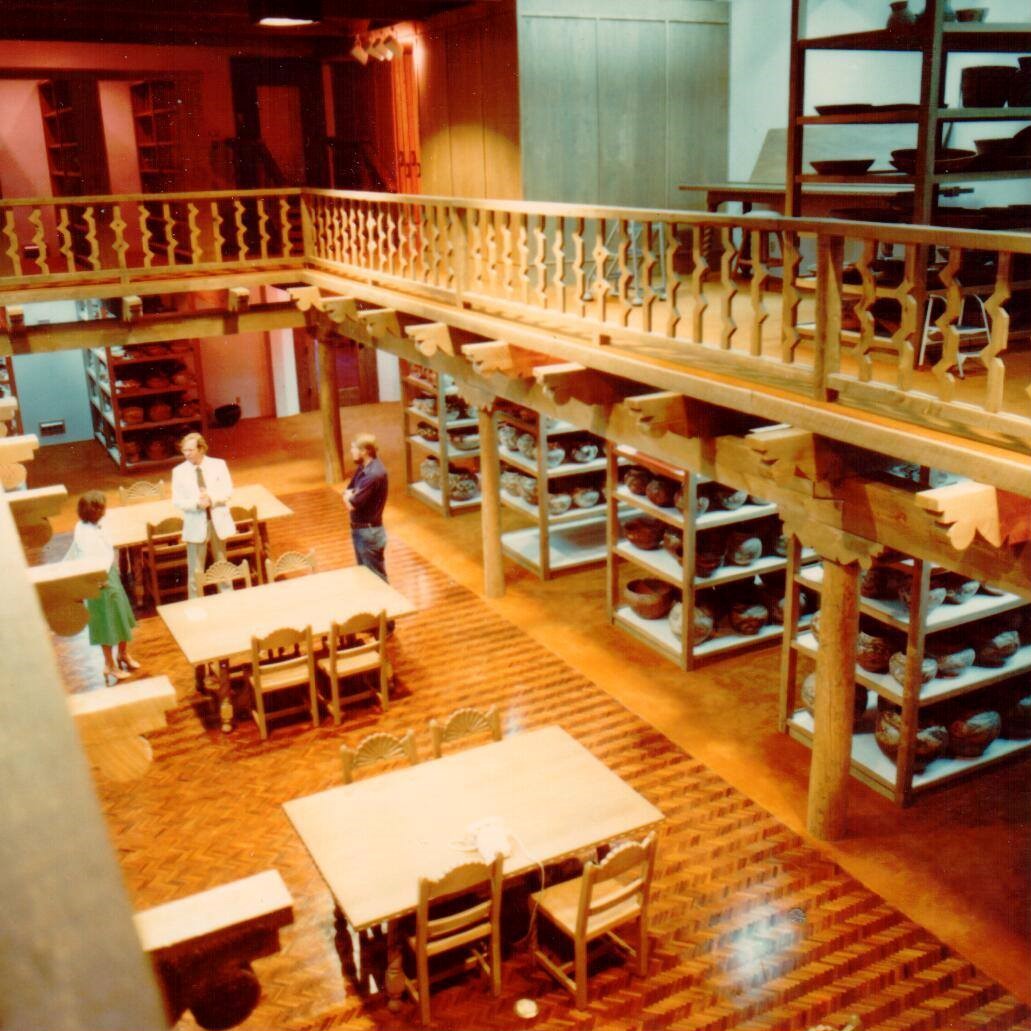 Wolf himself hoped the IARC would be filled with an “air of quiet” and, like the rest of SAR, be a place with a “great atmosphere for learning and conversations.” This continuity in design extended from the atmosphere to the building itself, and specifically the cast concrete ox-eye or quatrefoil window in the director’s office on the second floor. SAR’s campus, formerly the estate of Elizabeth and Martha White, “evolved as a confluence of Old World royal trappings, Andalusian architecture with heavy Moorish homage, Mesoamerican foundations, Pueblo Indian communality and architectural materials, Spanish Colonial simplicity in furnishings, and New York chic,” write Gregor Stark and E. Catherine Rayne in El Delirio. The shape of that window, like El Delirio itself, suggests one of the stories that Santa Fe tells about itself: that it is a harmonious blend of influences from Europe and the Americas, from the ancient past to the present. 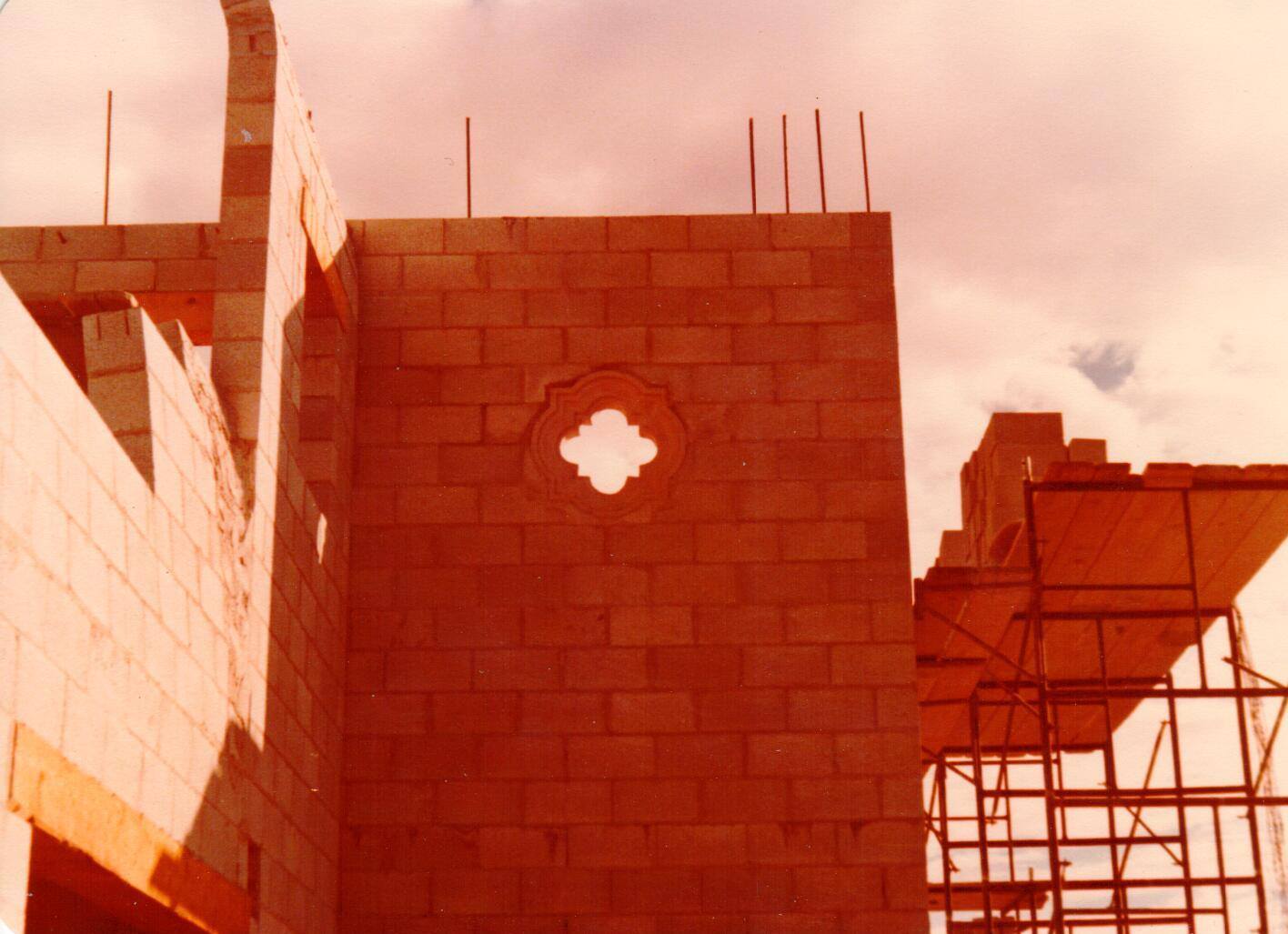 Quatrefoil window in the director’s office at the IARC, 1977. Photo by Art Wolf.

Wolf described his hope for the new center in SAR’s Exploration of 1978:

Besides upholding the tradition of the Indian Arts Fund, the Indian Arts Research Center will reflect the School’s continuing emphasis on the southwestern United States. The Center’s major aim is to preserve this unique collection. Its other goals are to encourage research and publication on the material aspects of culture, involve Indian artists and students who wish to learn more about their heritage, and maintain a systematic documentation of craft evolution. 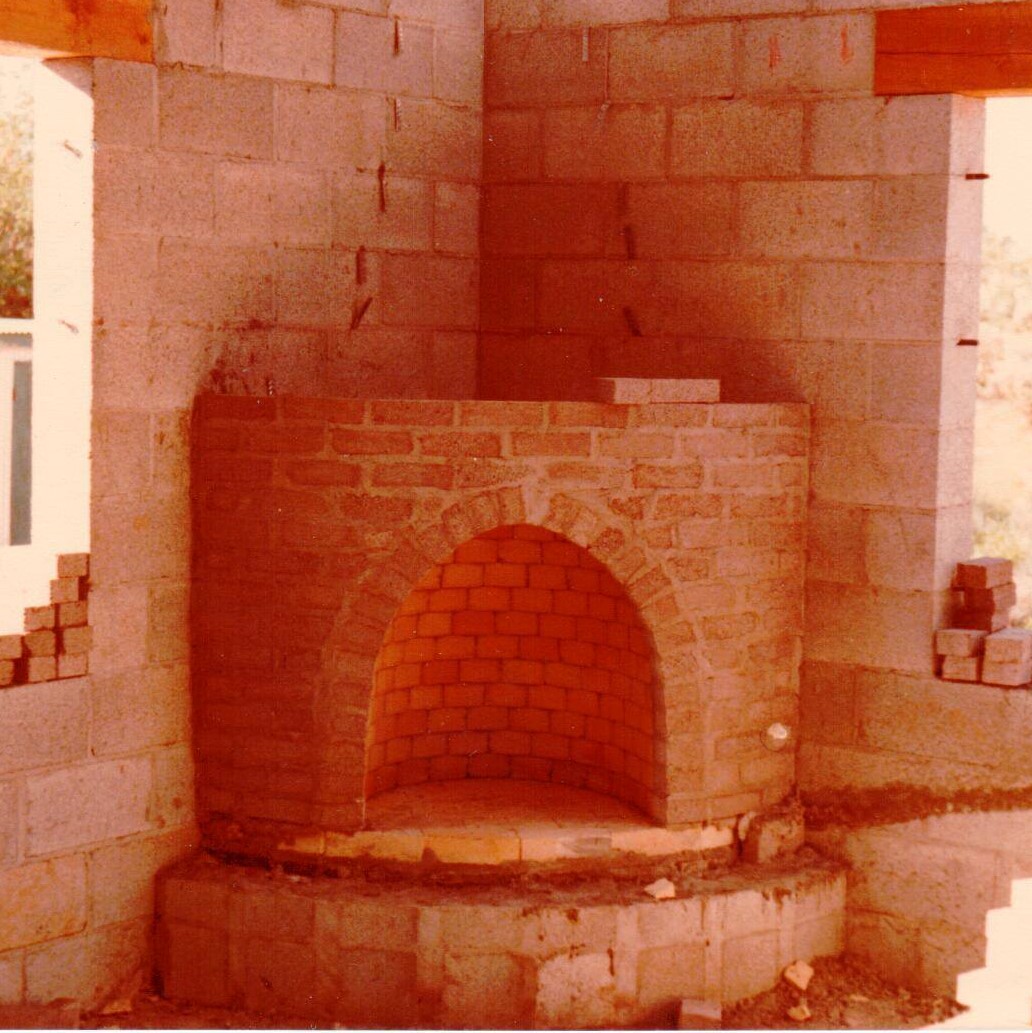 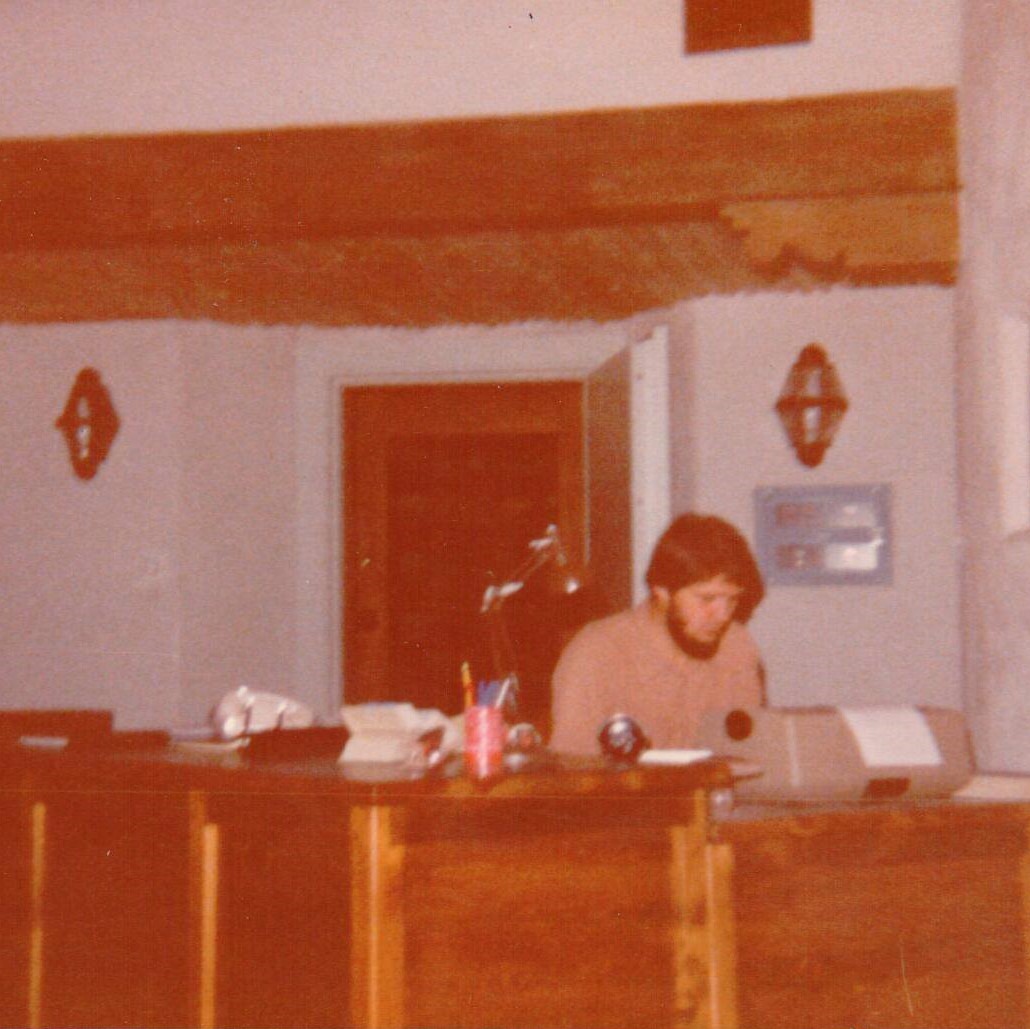 A fireplace under construction in the IARC, 1977, and Wolf working on his Selectric self-correcting typewriter at his new desk, 1978. Photo by Art Wolf.

For the last forty-two years, the IARC has done all of this and more. The staff of the IARC now conduct intensive collections reviews with Native communities; they host Native artist fellows who study the collections and produce new works of art; they share the collections electronically via eMuseum; and they have recently published the Guidelines for Collaboration, which are now being used by museums nationwide. “I’m just so pleased that each director of the center has helped to make it better,” reflects Wolf, “and that’s part of the legacy of SAR.” 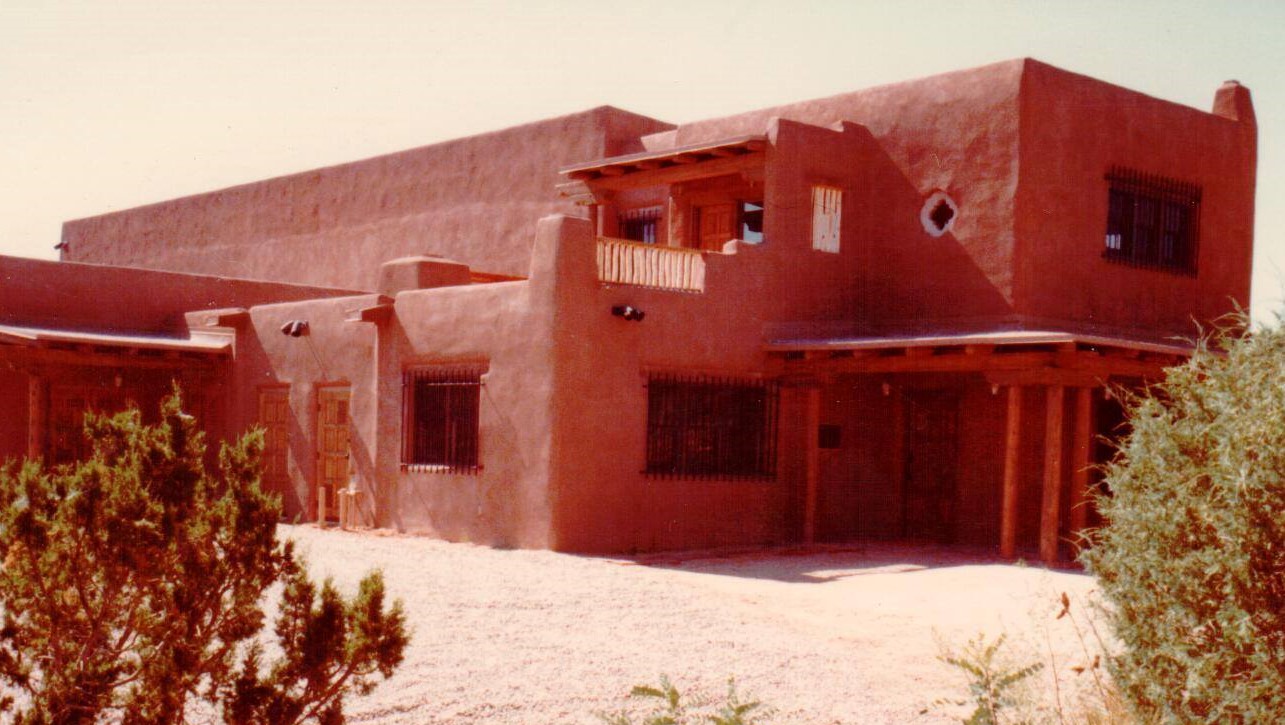 The newly built IARC in 1978. Photo by David Grant Noble. 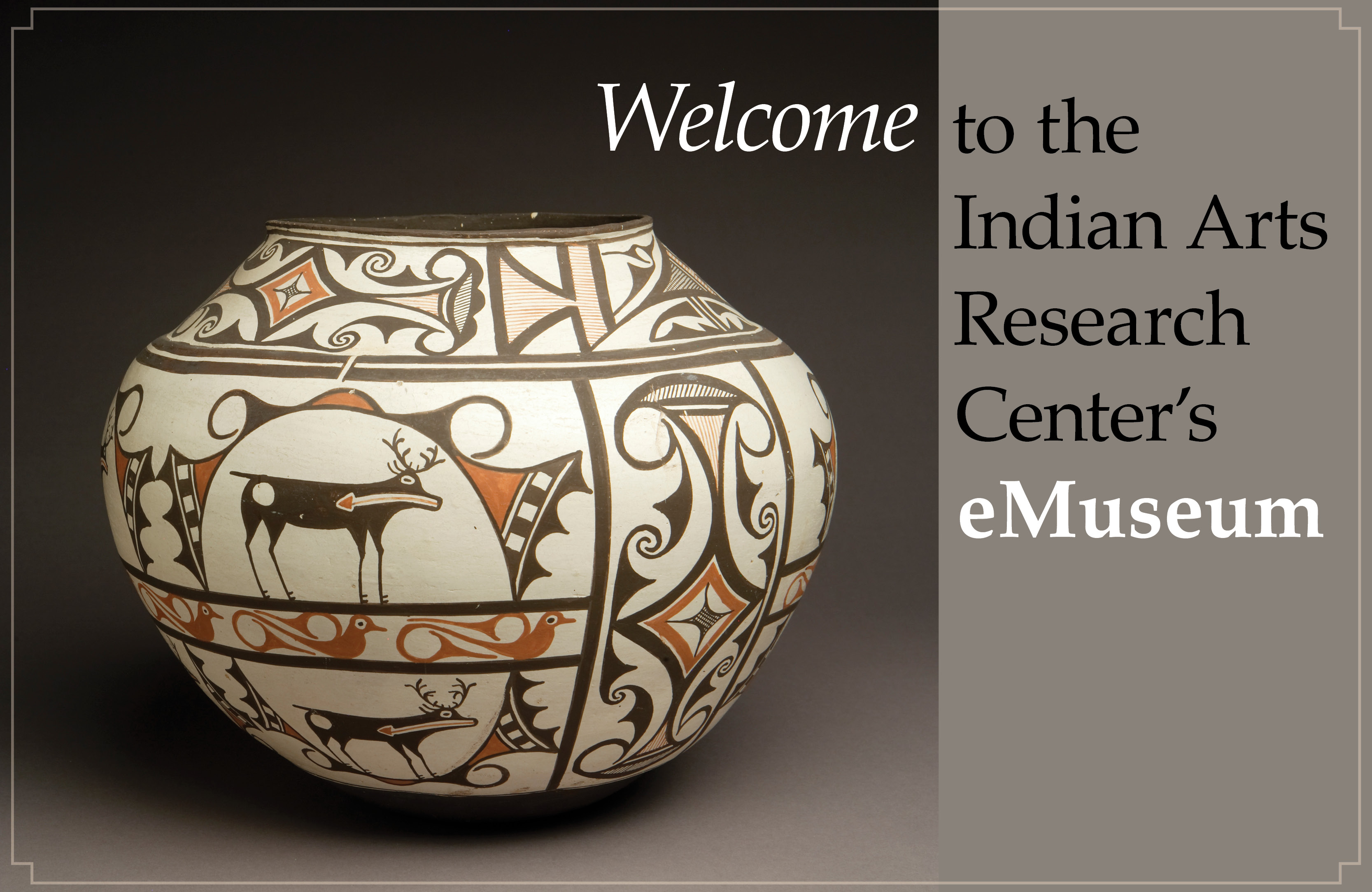