Each year, SAR invites members on exciting trips across the Southwest. Led by scholars and experts ranging from anthropologists and archaeologists to art historians and Native American artists, each field trip offers a one-of-a kind experience. With a mix of regional day and overnight trips, there is sure to be something for everyone. Read below about this season’s mix of locations and topics.

Current SAR members may attend these popular field trips, which are offered on seasonal schedules throughout the year and range from half-day trips to adventures lasting several days.

If you are not yet a member of SAR, please click here to learn more about our membership benefits and join today. 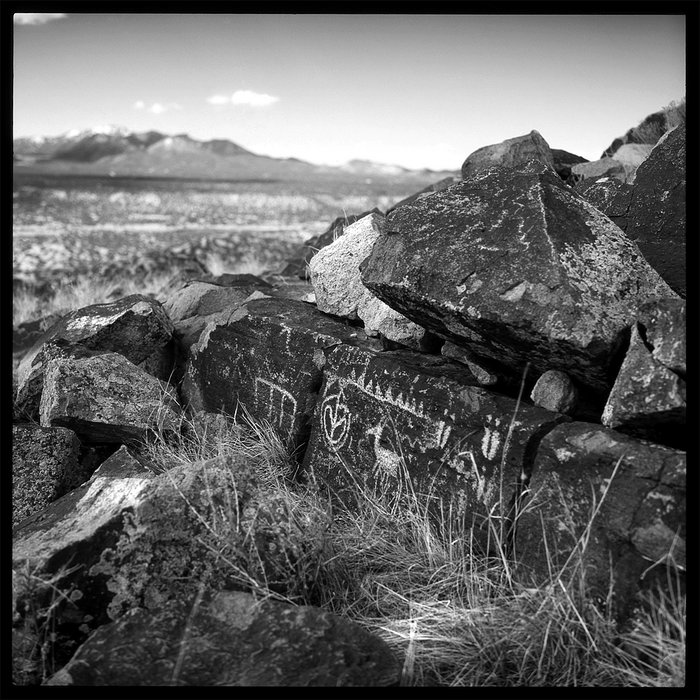 If an individual participant cancels, all monies will be refunded up to six weeks prior to the trip date except for any tickets already purchased, or penalties incurred from the hotel for room cancellation. The donation portion of the trip is not refundable.

In addition, if the cancellation of this individual brings the trip total to under the minimum number, then a full refund also cannot be made. At six weeks prior, no refunds will be made.

SAR reserves the right to cancel a field trip if registration is too low to make it economically viable or for other reasons, including, but not limited to: weather, safety, forest fires, unavailability of trip leader, etc. In such cases SAR will refund registrants’ fees in full. SAR also reserves the right to make changes to an advertised itinerary as circumstances require.

Field trip limited to 20 participants.
Priority is given to Galisteo members and up.

Join SAR President Michael Brown on an unforgettable tour to Chaco Canyon, the much-studied World Heritage site still invested with great mystery and many unanswered questions, where we will immensely benefit from the insight of Chaco expert and archaeologist Steve Lekson.

More than 400 miles of prehistoric roads linked dozens of great houses in the canyon to 200 throughout the region.  To better understand the big picture, we will zoom in with visits to great houses at the center of Chaco Canyon – Pueblo Bonito, Una Vida, Chetro Ketl, to name a few – and zoom out with visits to outlying communities including Aztec and lesser-known ones.  We will also begin to discern the grand-scale planning that went into creating monumental architecture that served both far-reaching commerce and a complex social organization some 1,100 to 1,200 years ago.

Our base for two nights will be the Best Western Territorial Inn in Bloomfield, which offers comfortable rooms and, perhaps most important during peak summer, air conditioning, hot showers and shelter from monsoon rains. 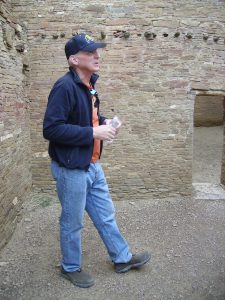 Stephen H. Lekson is the former Curator of Archaeology at the Museum of Natural History, University of Colorado, Boulder. He received his PhD from the University of New Mexico in 1988, and held research, curatorial, or administrative positions with University of Tennessee, Eastern New Mexico University, National Park Service, Arizona State Museum, Museum of New Mexico, and Crow Canyon Archaeological Center. Lekson directed more than 20 archaeological projects throughout the Southwest; about half of his fifty-year career focused on Chaco. Lekson’s publications include a dozen books, chapters in many edited volumes, and articles in journals and magazines. His most recent books include A History of the Ancient Southwest (2009), Chaco Meridian (2015), and A Study of Southwestern Archaeology (2018). He has curated a dozen exhibits, most recently “A History of the Ancient Southwest” (2014) at the CU Museum of Natural History. He retired in 2018.

Activity Level: Moderate to Strenuous. Lots of walking, standing for long periods, and hikes with a few steeper inclines/declines.

Includes: Transportation in air-conditioned coach; water and snacks; lodging for two nights; guides, entry fees, and gratuities. Meals will be provided unless otherwise noted on the itinerary.

A Snapshot of Bears Ears: Culture, Rock Art, and Exploring 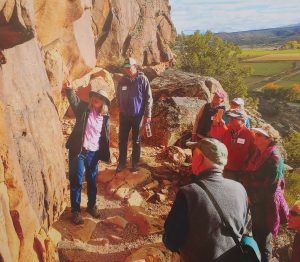 Photo courtesy of Carol B. Patterson.

Field trip limited to 12 participants.
Priority is given to Galisteo members and up.

Join the School for Advanced Research on a special trip to Bears Ears National Monument. The Bears Ears area of southeastern Utah contains thousands of sacred cultural site and is an important area of spiritual significance for many of the tribes who live in the Southwest today. Some of the ancestors of those tribal groups gathered here for thousands of years, leaving marks on the rock. These images relate to ancestors, prayers, creation stories, success in hunting, and celebration. Many of these images date back as far as Basketmaker II (550 BC to 750) to Pueblo III 1150 to 1350), Keresan, Zuni, Navajo, and Ute images. They are located on overhangs and cliff walls of the Navajo sandstone. We will visit some of the best known sites, but the whole area is rich with rock art, both painted and picked.(

There are thousands of petroglyph and pictograph panels on the walls of remote canyons. Some of these images are dated as far back as 12,000 BP, but most are around 700 years old. There are more than 10,000 archeological and cultural sites documented in the region. Today the surrounding area adjacent to the Bears Ears is occupied by the Dine’ (Navajo), and Ute Mountain Ute, who hold this land to be scared. In addition the Bears Ears is held sacred by the Hopi and Zuni tribes as well as by other tribal nations.

We will stay at Recapture Lodge (a favorite of Tony Hillerman) for the entire trip, so you can unpack your bags and relax. Breakfasts and dinners will be in Bluff and lunches will be packed and on the go. 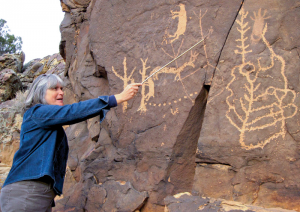 Photo courtesy of Carol B. Patterson.

Carol B. Patterson, PhD, a Colorado native, has a BA from the University of New Mexico, an MA from Columbia Pacific University, and her PhD in rock art from James Cook University, Australia. She was an adjunct professor of cultural anthropology at Metropolitan State College in Denver, and Colorado Mesa University at the Montrose and Grand Junction campuses. She was employed as a G11 field archaeologist at the Uncompahgre Field Office of the BLM in Colorado for 5 years. Her company of 15 years, Urraca Archaeological Services, specializes in rock art documentation and reevaluation projects. Carol has published several books and journal articles including On the Trail of Spider Woman, Ancient City Press, Santa Fe, 1997 and Petroglyphs of Western Colorado and the Northern Ute Indian Reservation as Interpreted by Clifford Duncan, American Philosophical Society Press, 2016, her most recent. Through her work in the Bears Ears National Monument, she has produced three articles on the Keres, Zuni and Hopi petroglyphs, in the international publication “Expressions” Vol. 22, 25, and 26.  She resides in Bluff, Utah. 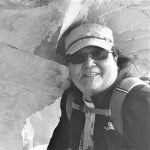 Rebecca (Becky) Hammond (A.F.A., Fine Arts, Institute of American Indian Arts) joined Crow Canyon as an educator in 1997. In the years since, she has taught participants of all ages in many different kinds of programs, including school programs, teen camps, and adult travel programs. As a member of the Ute Mountain Ute Tribe, she brings an American Indian perspective. In addition to being a teacher, she is also a bead artist. Taught by her grandmother in traditional beading techniques, she enjoys drawing on both traditional Ute and Ancestral Pueblo designs to create her own style

Activity Level: Moderate to Strenuous. Lots of walking, standing for long periods, and hikes with a few steeper inclines/declines.

Includes: Transportation in air-conditioned coach with a bathroom; water and snacks; room for 3 nights; guides, entry fees, and gratuities. Meals will be provided unless otherwise noted on the itinerary. 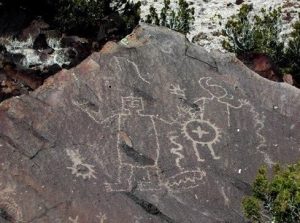 Cost per person:
$225 (Includes a $25 non-refundable tax-deductible donation to SAR)

Priority is given to members at the Galisteo level and higher.

In 1993 and 1994, a 188-acre private parcel owned by Katherine Wells was recorded by the New Mexico Archaeological Society’s Rock Art Field School led by Jay and Helen Crotty. In 2007, Katherine Wells donated the property to The Archaeological Conservancy and it became known as The Wells Petroglyph Preserve. The Preserve represents the most concentrated area of petroglyphs on Mesa Prieta and is on the National Register of Historic Places and the State Register of Cultural Properties.

Join SAR in an exploration of this fascinating site. Our day will begin in SAR’s Dobkin boardroom with a presentation by study leader Chester Liwosz, We’ll then head out to the Mesa Prieta site for docent-led tours. Then it’s on to Peñasco for a delicious lunch at Sugar Nymphs before traveling back to SAR. 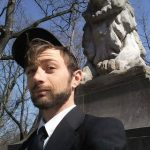 Dr. Chester Liwosz joined the Mesa Prieta Petroglyph Project as the Project Archaeologist starting in spring of 2019. He brings with him a solid background in iconography, database management, and geospatial reasoning to build on MPPP’s legacy.  Using currently emerging methods digital archaeology, he is also expanding the scope of research at Mesa Prieta.

Chester began his career in archaeology as a student participant on a long-established archaeological project studying Classic Period settlements of Honduras in 2008.  In 2009, he earned a B.A. with honors in Anthropology from Kenyon College.  He attended the University of California Santa Cruz for graduate school, from which he received his M.A. in Anthropology in 2014. In 2018 Chester was awarded his Ph.D. in Anthropology (archaeology) for his dissertation Benchmarks: Ontological Considerations at Two Mojave Desert Petroglyph Labyrinths, in which he used acoustics, 3D modeling, and indigenous oral traditions to understand the religious implications of petroglyphs, pictographs, and the landscapes they embellish.

Dr. Liwosz’s experiences are diverse, spanning Mesoamerica, the Mojave Desert and Great Basin, and Polynesian Hawai‘i.  He has supported an array of public and non-profit bodies as an archaeologist, including California State Parks, the National Park Service, and the Pacific International Center for High Technology Research.  His current research interests focus on acoustics of rock art landscapes, and archaeological applications of 3D computerized models and virtual reality.

Activity Level: Moderate: Participants must be in good health and able to hike off-trail, over uneven ground with no shade. Sun hats, hiking boots, and walking sticks are encouraged.