About the SAR Press 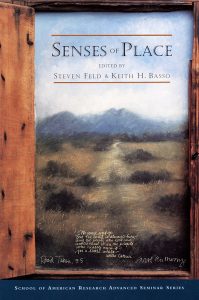 The School for Advanced Research Press fulfills the School’s mission by producing and disseminating high-quality content on important topics in anthropology, Indigenous arts, and the American Southwest. Through print and electronic publications produced from scholarly and artistic programs hosted by the School and from specific acquisitions, SAR Press provides the institution with a strong and enduring public face.

SAR Press has a long and distinguished publishing history in anthropology. The first publications for the School were archaeological studies written by Edgar Lee Hewett and Sylvanus Griswold Morley in 1908. Since that auspicious beginning, more than 300 titles have been published.

Some SAR Press titles have created seismic shifts in anthropological thinking. Senses of Place, edited by Steven Feld and Keith H. Basso, remains a course adoption staple. Alfonso Ortiz’s edited volume, New Perspectives on the Pueblos, and Reconstructing Prehistoric Pueblo Societies, edited by William A. Longacre, transformed Southwest anthropology. Writing Culture was licensed to University of California Press, where it has continued to impact anthropology students and maintains strong sales. A History of the Ancient Southwest by Stephen Lekson has been a top-selling title since its publication in 2009 and challenges readers to reconsider long-standing archaeological concepts of status and mobility. Other titles have found long-term success within the academy and among the general public.

The Press building itself was the White sisters’ state-of-the-art kennel in the 1930s. Each of the dogs (Irish Wolfhounds and Afghans) had its own room, and the caretaker lived upstairs. You can still see dog scratches at the windows in some offices, and the building is filled with dog-show memorabilia, from large trophies to plaques and ribbons. In the 1970s a large room was added to serve as the Arroyo Hondo wash lab during the time that SAR conducted excavations at the prehistoric pueblo located just southeast of town. In the 1990s that room was re-purposed into the Press warehouse, and dog rooms became Press offices. The Press building now also houses the Arroyo Hondo lab and repository.