Due to the Covid-19 pandemic, all international field trips have been suspended until further notice.

A Journey to the Brazilian Amazon 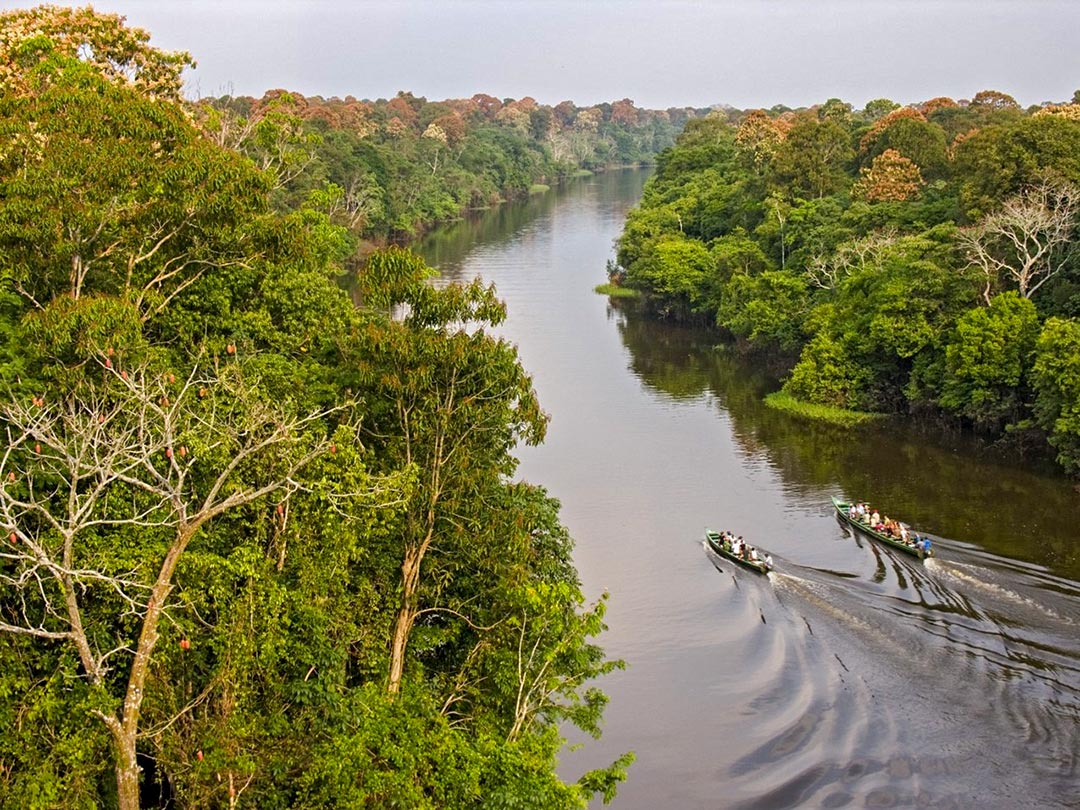 Anna Roosevelt at rock art site near Monte Alegre, courtesy of Anna Roosvelt
Join the School for Advanced Research and explore the unique side of Brazil. This adventure, led by pioneering archaeologist Anna Roosevelt, a great-granddaughter of Theodore Roosevelt and former SAR resident scholar, and Michael F. Brown, SAR president, begins as you arrive at Manaus, the gateway to the Amazon Rainforest. Perched on the banks of the Negro River in northwestern Brazil, the port city of Manaus, an ancient archaeological site of the famous polychrome horizon, is the capital of sprawling Amazonas.

You then continue on your journey and fly to Santarém city, an 8,000-year-old archaeological site situated on the right bank of the Tapajós River. Across the river is your next stop Monte Alegre. The hot sandstone hills behind Monte Alegre are dotted with caves and bizarre rock outcroppings with rock paintings from ancient Amazonians. The paintings are red, orange, yellow, and brown, and depict human and animal figures, handprints, and geometric designs. Studies starting in the 1990s by Roosevelt suggest the caves at Monte Alegre were first occupied as much as 13,150 years ago—thousands of years earlier than previously thought. (Paleoindian sites elsewhere in South America have returned similar dates.)

Your adventure takes you on a hike through Monte Alegre allowing you to explore the Sierras and Piedra Pintada Caves and the ancient paintings.  Next you travel by rabeta style boat exploring the picturesque island of Alter do Chão. Best known for its ancient pottery and the Ilha do Amor (Island of Love), Alter do Chão is a village and prehistoric site of the powerful Santarem chiefdom, ringed by a white sand beach directly in front of town. On the last leg of your adventure you fly to Belém, the state capital of Pará, famous for the Marajo culture excavated by Roosevelt. You explore historic Mosqueiro, a river island located on the eastern coast of the Pará River in front of the bay of Guajará as well as famous markets including Ver-O-Peso Market, the largest open fair in Latin America. Wrap up your exciting voyage at the botanical garden and the anthropology museum, Museu Paraense Emílio Goeldi. 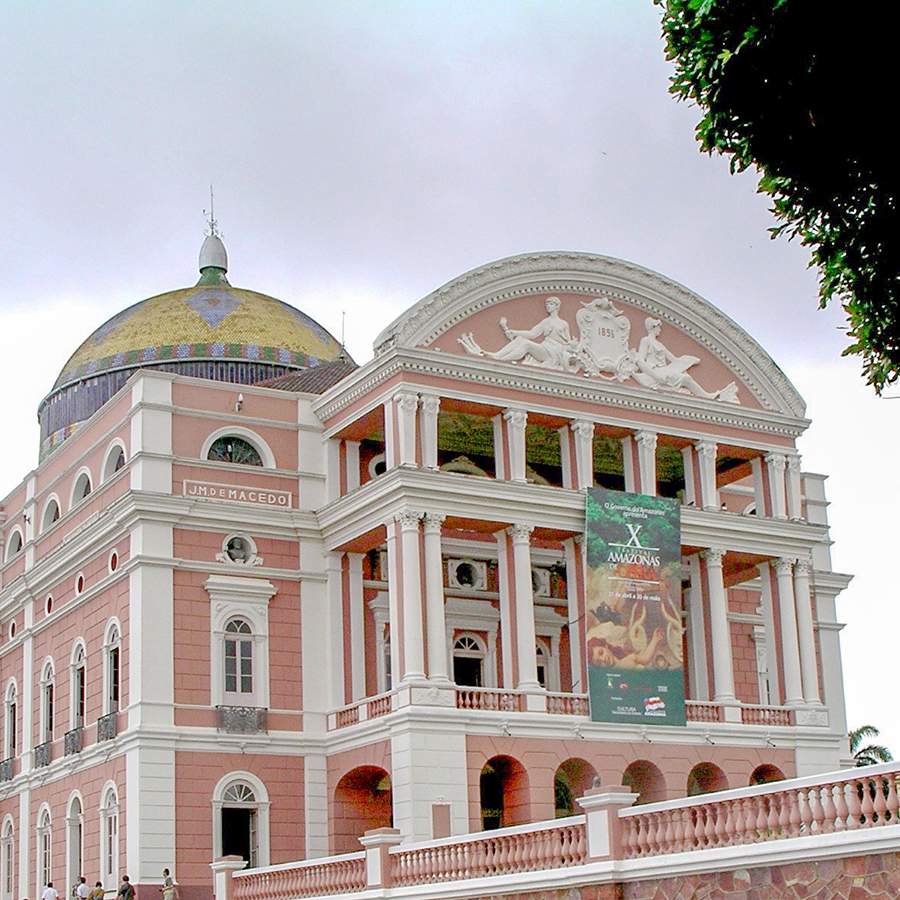 SAR field trips are for members only. To become a member, click here.

For more information and a detailed itinerary, click here. [PDF]

Abercrombie & Kent will be the tour operators and will be handling all the subsequent payments, tour logistics, and recommendations on international air travel, travelers insurance, and visas.

ABOUT ANNA ROOSEVELT
Anna Roosevelt is a professor of anthropology at the University of Illinois at Chicago. She studies human evolution and long-term human-environment interaction and cultural development in the Amazon and Congo basins and is one of the leading researchers studying Paleoindians. Her field research has included significant findings at Marajo Island, Santarem, and Monte Alegre in Brazil. The New York Times has called her one of the leading American archaeologists whose work in Brazil is challenging conventional thinking about the peopling of America and where and how some of the first Americans lived. She has published seven books, including Amazonian Indians from Prehistory to the Present, and more than 100 articles in scientific journals, including Science and Nature.

Roosevelt is a fellow of the American Academy of Arts and Sciences and of the Royal Geographical Society. She has been awarded the Explorers Medal and the Society of Women Geographers’ Gold Medal. Brazil has awarded her the Order of Rio Branco and the Bettendorf Medal. In 1988, she received a five-year fellowship from the MacArthur Fellows Program. Her research has been funded by grants from the National Science Foundation, the National Endowment for the Humanities, the Fulbright Commission, the Wenner-Gren Foundation, and the University of Illinois. Roosevelt was a National Endowment for the Humanities Fellow at SAR in 1989-1990.

Anna Roosevelt is the great-granddaughter of President Theodore Roosevelt.

ABOUT MICHAEL BROWN
Raised in upstate New York, Texas, and Missouri, Michael Brown received his AB degree from Princeton and a PhD in cultural anthropology from the University of Michigan. Brown became president of SAR after serving on the faculty of Williams College for thirty-four years. At Williams, Brown chaired the Department of Anthropology and Sociology, served as director of the Oakley Center for the Humanities & Social Sciences, and co-chaired the Stetson-Sawyer Project, one of the largest construction projects in the college’s history.

His research has covered a broad range of topics, including the indigenous peoples of Amazonia, new religious movements, and the global challenge of protecting indigenous cultural property from misuse. He has been awarded research fellowships by the National Endowment for the Humanities, the National Science Foundation, the Smithsonian Institution, and the Institute for Advanced Study. At SAR, he has been a resident scholar and a participant in two advanced seminars.

In addition to scholarly articles, Brown is the author of six books, including The Channeling Zone: American Spirituality in an Anxious Age (1997), Who Owns Native Culture? (2003), and Upriver: The Turbulent Life and Times of an Amazonian People (2014). He has also published general-interest articles and reviews in Natural History, Smithsonian, The Chronicle of Higher Education, the Times Literary Supplement (London), and the New York Times Book Review. 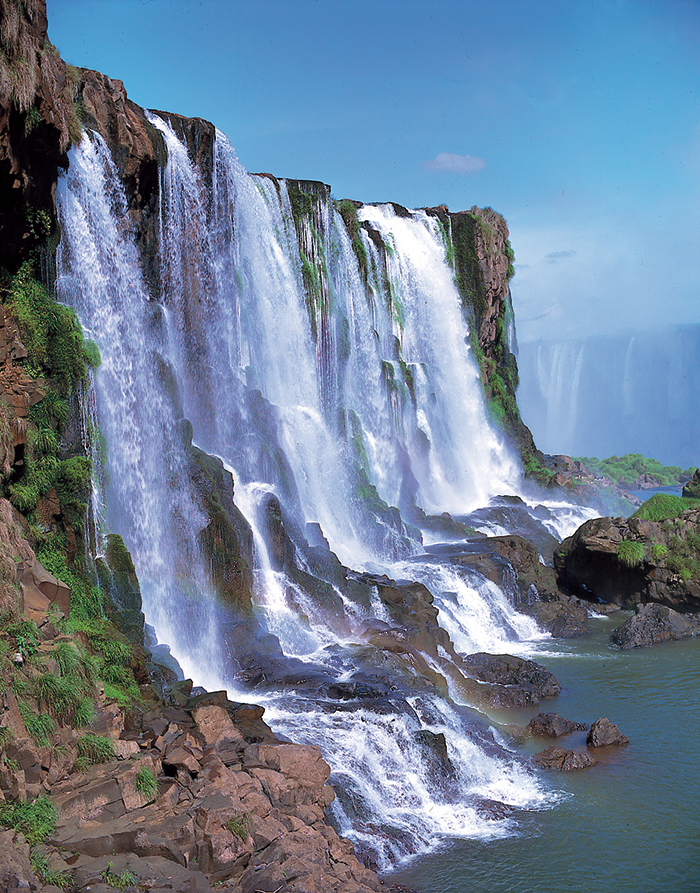