Pueblo Activists and Allies against the Bursum Bill of 1921 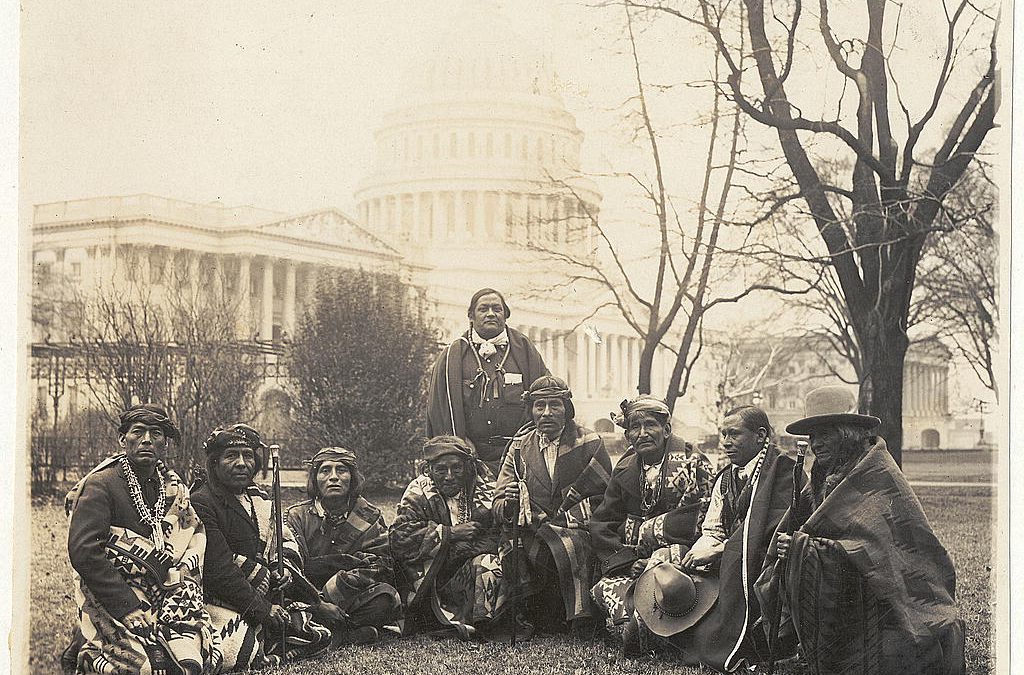 National Photo Company. 1923. “Group of Pueblo Indians photographed at the U.S. Capitol today. This is the first time since the Lincoln Administration that the Pueblo Indians have sent a delegation to Wash. They appeared before the Senate Lands Committee.” Washington, DC. Courtesy of the Library of Congress.

Between 1776 and 1887, the United States appropriated over 1.5 billion acres of land from Native peoples. In 1921 New Mexico senator Holm Bursum introduced a bill into Congress that would have allowed non-Native people to claim further Pueblo Indian lands if they could prove ten years of residency. The Indigenous governors of the nineteen pueblos worked with John Collier, Indian rights advocate and FDR’s commissioner of Indian affairs, to send representatives to Congress who would voice their opposition to this legislation. 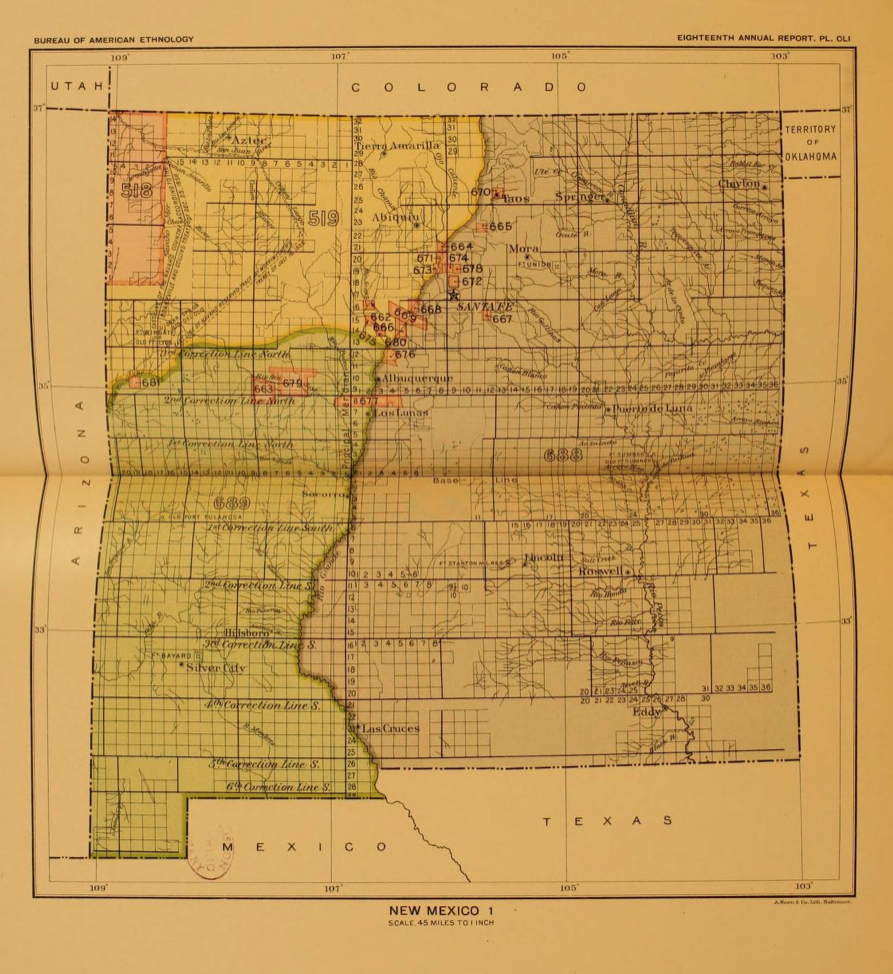 In Santa Fe, women including Elizabeth and Martha White, the sisters who bequeathed their estate to SAR in 1972, also fought against the Bursum Bill. In the process, they aimed “to improve access to political and legal power and to promote economic self-sufficiency as well as respect and tolerance for Indian cultural difference,” writes Molly Mullin in Culture in the Marketplace. The movement by the White sisters and others in their social circle did “Santa Fe a great service by advertising the unique historic, science and ethnological attractions of this region,” opined the Santa Fe New Mexican on April 30, 1923. Mullin adds, “They legitimated their ambition [and deep interest in anthropology and Pueblo art] by associating it with benevolence and collective progress.” And together with the Pueblo governors, they defeated the Bursum Bill in 1923. 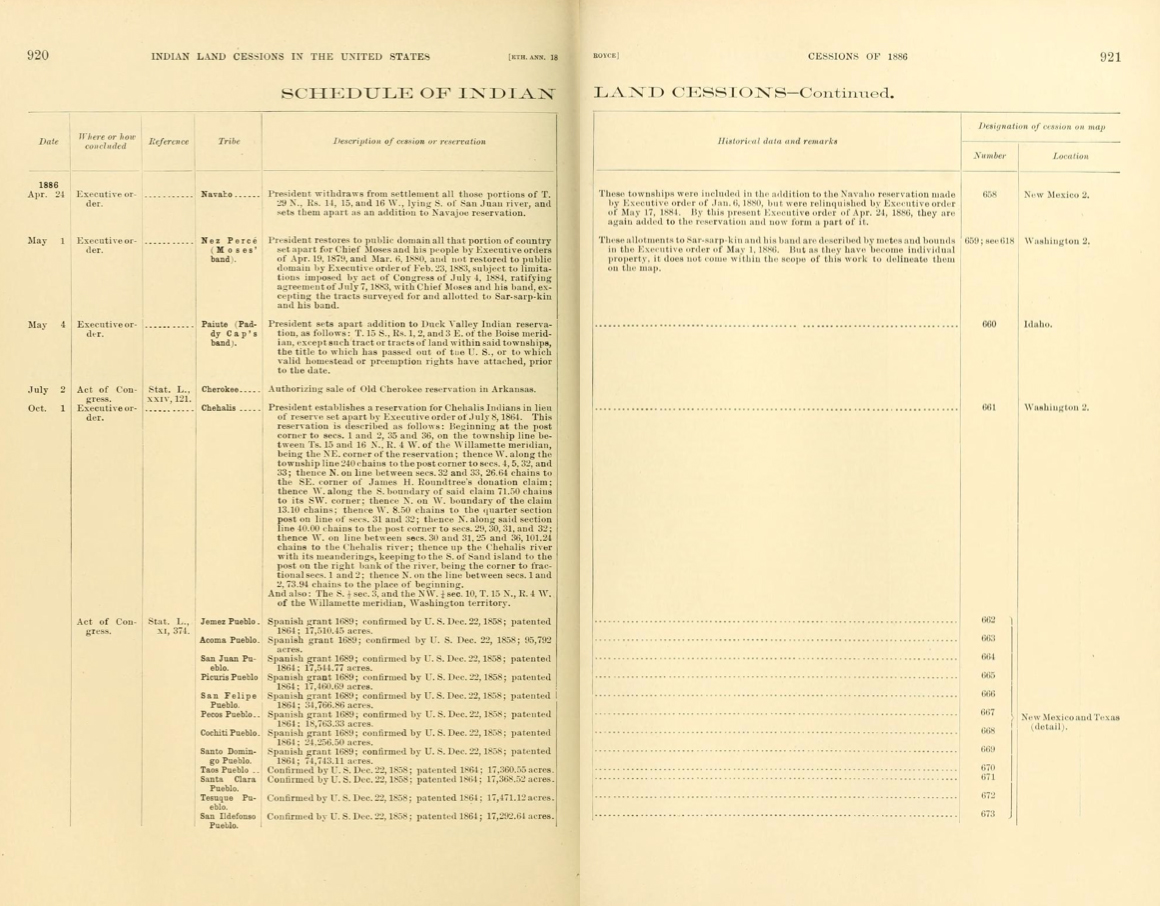 Inevitably, the White sisters were of their time and their motivations enmeshed with the prejudices of that time. Yet they explicitly recognized the damage white settlers had inflicted on Native peoples. And because of their interest and advantages—wealth, education, mobility—these women and others like them were able to ally with Native people to work against and ultimately derail the Bursum Bill. 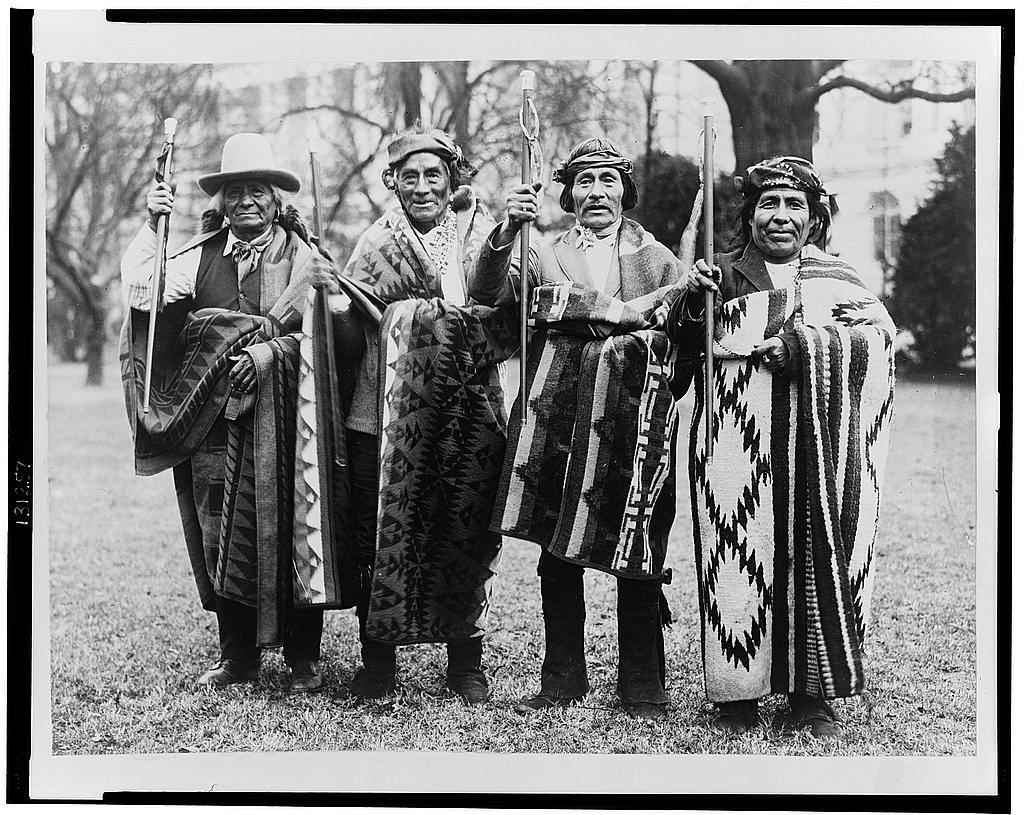 “Four Pueblo men (l to r) Santiago Naranjo, Waihusing, James Miller, and Jesus Baca, standing, facing front, wearing traditional and western clothing, each wearing a blanket and carrying a cane given them by Abraham Lincoln as a token of promise of permanent retention of their lands.” Underwood & Underwood. ca. 1923. Pueblos Bring First Protest since Lincoln. January 16. Washington, DC. Courtesy of the Library of Congress.

Events like the introduction and eventual defeat of the Bursum Bill bring the tensions inherent in colonialism to the fore. These tensions force change, but they may also prompt a recognition of profound continuities. In the midst of the modern bureaucratic and legal battle over Pueblo lands that continued past the demise of the Bursum Bill and into 1924, one of the delegates who had traveled to Washington DC to protest the bill spoke before the All Indian Pueblo Council about his people’s enduring commitment to their land: “If they [the pueblos’ Hispano neighbors] are claiming something which is just we will secure that,” said Sotero Ortiz, but “we are claiming something which is sacred.”

You can learn more about SAR and its campus by taking one of our historic estate tours.