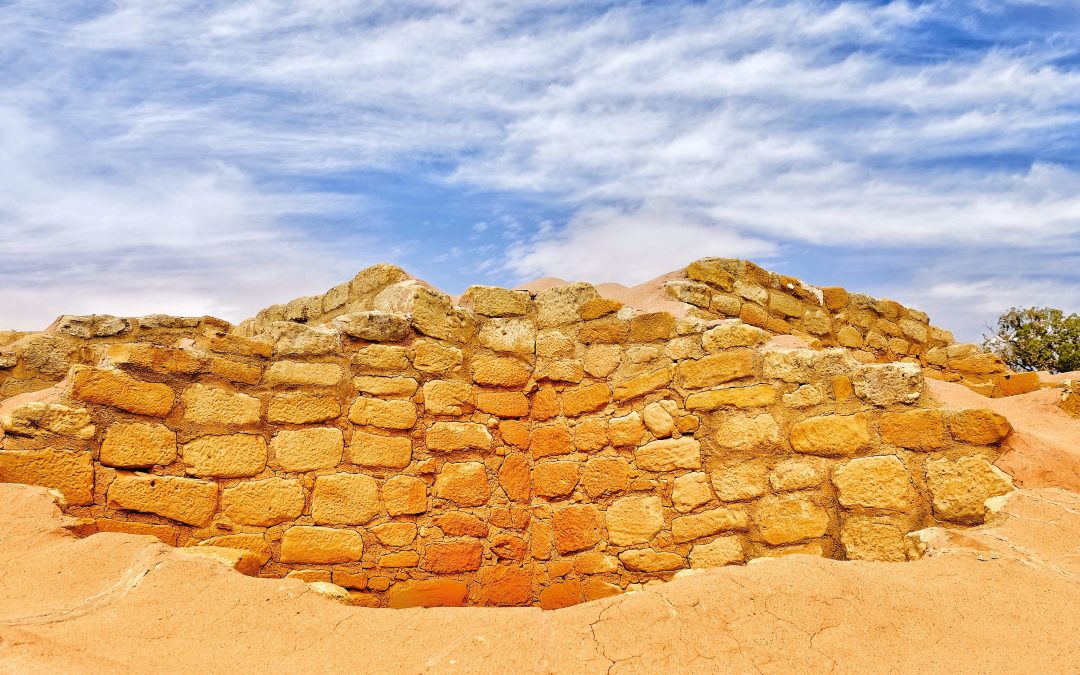 Women in archaeology have come a long way. They now comprise half of all archaeologists in North America and have surpassed men in the number of archaeology PhDs awarded. They work as the heads of university departments, leaders of field schools, and senior scholars in research institutions. Yet when Linda Cordell (1943–2013) emerged into the field, the landscape was very different.

Born Linda Sue Seinfeld on October 11, 1943, Cordell was exposed early to anthropological thought. Her mother, Evelyn Seinfeld Kessler, was pursuing her doctorate in anthropology at Columbia University while raising Cordell. During these years, Margaret Mead taught off and on at the university, and Cordell remembered visiting Mead’s office as a girl.

Perhaps influenced by this upbringing, Cordell left New York City to attain her bachelor’s degree at George Washington University. In 1964 she became one of five undergraduate students from GWU to participate in a field school at the University of New Mexico (UNM) run by Professor Florence Hawley Ellis. Ellis, another influential academic in Cordell’s life, may have been the only professional female archaeologist directing excavations in the Southwest in the 1960s. Importantly, Ellis’s field school was one of just a few accepting women. 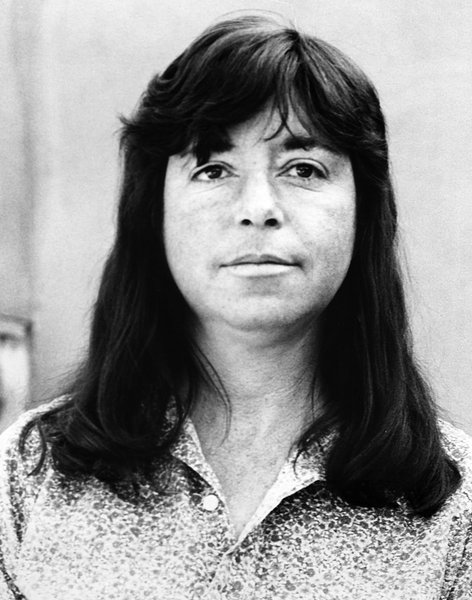 It was during this excavation that Cordell got her first taste of Southwestern archaeology, a passion that would persist throughout her life. She was working in north-central New Mexico at the late pre-Hispanic Pueblo Sapawe, thought to have been occupied around 1350 AD until early Spanish contact. When Cordell chose to return to New Mexico the following summer, helping to supervise excavations of pit-houses near Taos, it seemed her career trajectory was set.

Cordell went on to receive her master’s in archaeology at the University of Oregon, before taking her PhD at the University of California, Santa Barbara, in 1972. With Albert Spauling serving as her advisor, Cordell looked to statistical methods to bolster her archaeological research and developed a model to test hypotheses regarding settlement pattern changes in Mesa Verde National Park. Given that mainframe computers had just recently become available at American universities, Cordell was at the forefront of this innovative work.

With her sights still set on the Rio Grande Valley, Cordell returned to UNM in 1971 as an assistant professor, helping to oversee the department’s field schools during eight field seasons. Over three years of work at Tijeras Pueblo, Cordell led excavations of the site and surrounding area. Her primary research continued to emphasize fourteenth- and fifteenth-century northern and central Rio Grande Valley Ancestral Puebloan peoples. In addition to Tijeras Pueblo, Cordell would go on to excavate throughout the 1980s and 1990s at the Manzano Mountains, Pottery Mound, Rowe Pueblo, and the late pre-Hispanic Pueblo Hummingbird. 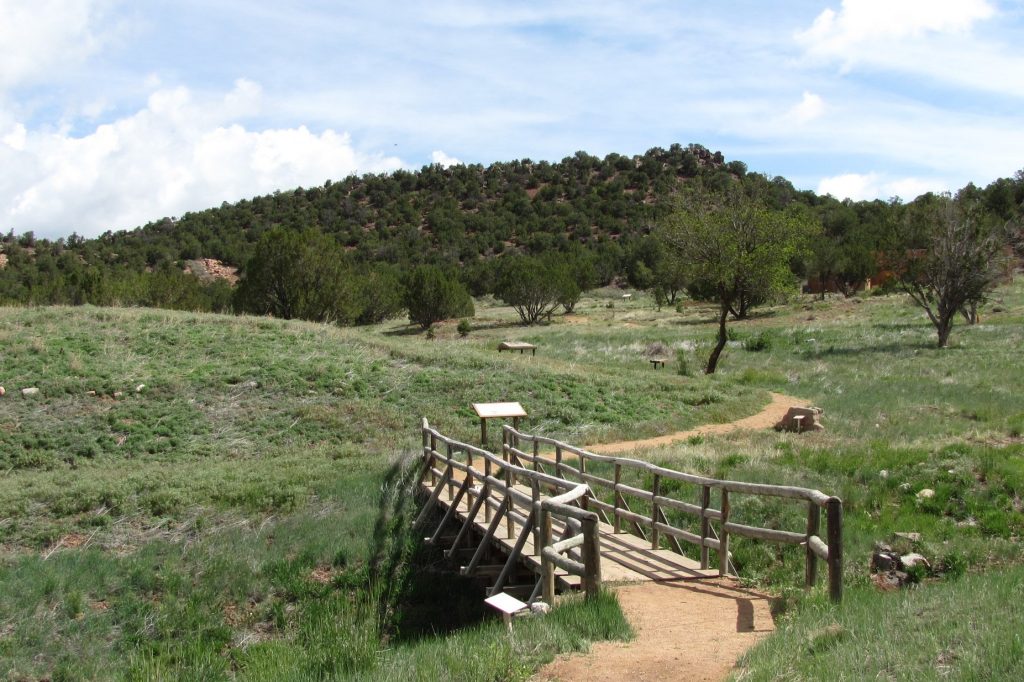 Cordell served as chair of the Anthropology Department at UNM from 1983 to 1987, during which time she was also acting vice president for research (1986). It was while teaching at UNM that Cordell had her first experience with SAR: she was selected as a National Endowment for the Humanities resident scholar and spent the 1981–1982 academic year on SAR’s campus in Santa Fe. She left New Mexico in 1987 to accept a position as the Irvine Curator and Chair of the Anthropology Department at the California Academy of Sciences, where she remained until moving to the University of Colorado in 1993. Here, she was appointed professor of anthropology and director of the University of Colorado Museum of Natural History. Yet even in these consuming and encompassing roles, Cordell made sure to cultivate community on the ground level. She was known for organizing a recurring “Archaeology Lunch” for the faculty, devoting ample time to direct students’ dissertations, and taking an interest in the lives of her colleagues and students.

Cordell was a supportive, constructive, and community-oriented mentor who shaped the careers of countless students, especially young women. She understood the social and cultural barriers that still prevented many women from succeeding in archaeology and made a concerted effort to lead, and teach, by example. In multiple published papers, Cordell highlighted the contributions made by pioneering female archaeologists to our understandings of the prehistory of the Southwest, noting instances where women’s work was minimized by patriarchal fieldwork restrictions. “She certainly influenced my thinking,” says archaeologist Catherine Cameron:

She was an incredible mentor to young women. She encouraged them to develop their ideas, she pushed them to publish. She was an amazing woman and very, very influential in Southwestern archaeology and especially among young, upcoming archaeologists. She was always pushing people to think beyond our current mental box—that was a great contribution.

When Cordell retired from her role at the University of Colorado in 2006, she was named an external professor at the Santa Fe Institute and a senior scholar at SAR. Prior to joining SAR in this capacity, Cordell had participated in several Advanced Seminars, held Arroyo Hondo summer scholarships in 2003 and 2004, and served on the Staley Prize committee and planning committee. Upon returning to New Mexico for her senior scholar position, Cordell continued to refine her fieldwork at Tijeras Pueblo by collaborating with the Maxwell Museum to organize the artifact collection, research archives from the UNM field school excavations, and develop a new map and integrated GIS database for the site.

For her lifelong dedication to and contributions in the field of archaeology, Cordell was elected to membership in the National Academy of Sciences in 2005. She was awarded the A. V. Kidder Award for Eminence in the Field of American Archaeology by the American Anthropological Association, becoming the second woman in the award’s sixty-year history to win. Additionally, Cordell was elected to terms as a member of the Board of Directors of the Society for American Archaeology, a board member and president of the Southwest Symposium, and a representative of Section H (Anthropology) of the American Association for the Advancement of Science. 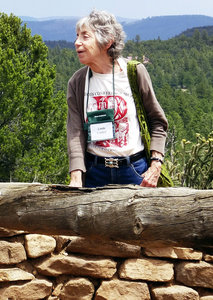 Cordell was a dynamic force in Southwestern archaeology without sacrificing her compassion for colleagues and students. Many knew her as a leader in ethical research methods, as well as a model for supportive mentorship. She, over the course of a rigorous career, helped make archaeology a more accessible and welcoming space for women. And while the discipline still has room for growth, we have Cordell to thank for advocating for change—one excavation at a time.

Register for our next scholar colloquium with Klinton Burgio-Ericson,

At the Altar, On the Table: Interpreting Religion and Everyday Life  in a Seventeenth-Century New Mexico Mission