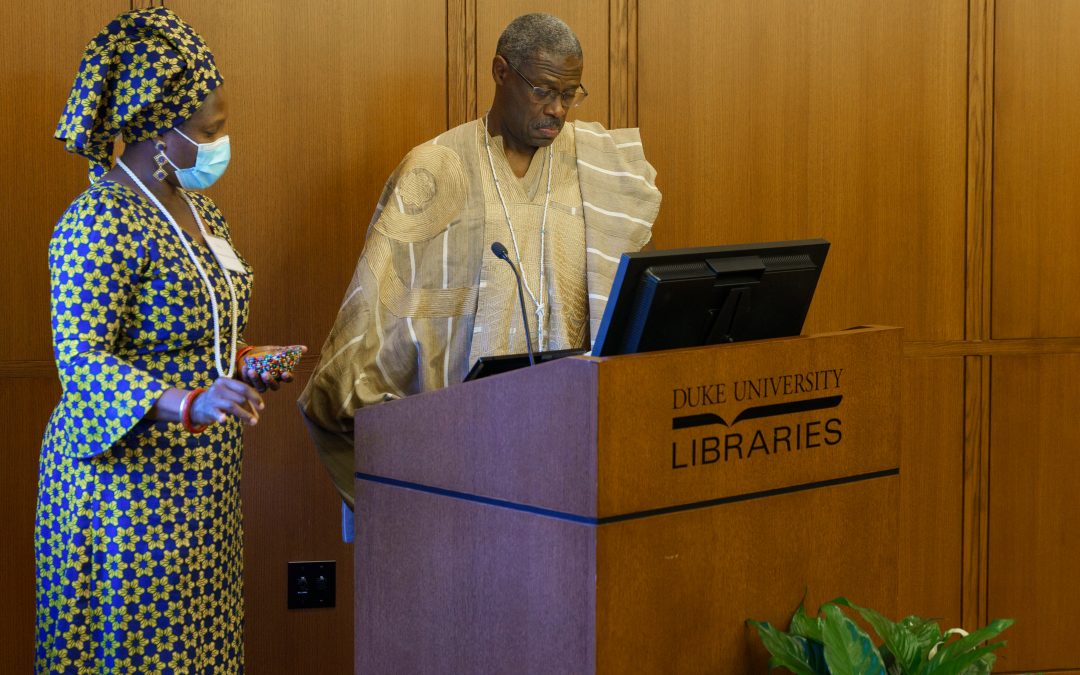 On November 3, 2022, SAR President Michael F. Brown presented the 2022 J.I. Staley Prize to J. Lorand Matory, Duke University, at an event in Durham, North Carolina, hosted by Duke’s School of Arts & Sciences.  Matory is the Lawrence Richardson Distinguished Professor of Cultural Anthropology and Director of the Sacred Arts of the Black Atlantic Project. 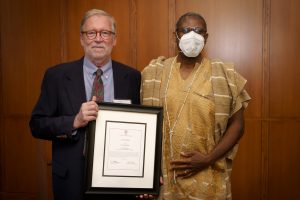 The award was presented for Matory’s 2018 book The Fetish Revisited: Marx, Freud, and the Gods Black People Make (Duke University Press).  The Staley Prize selection committee’s award citation notes that Matory’s book “challenges the traditional Eurocentric view of the ‘fetish’ by showing how it is not only a distorted concept but an implicit accusation that peoples who believe in the power of symbolic objects are irrational and unsophisticated.” 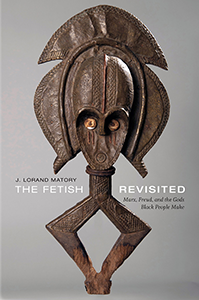 The Fetish Revisited continues Matory’s record of publishing works that offer a profound rethinking of Afro-Atlantic culture and religion.  His previous books include Sex and the Empire That Is No More: Gender and the Politics of Metaphor in Ọyọ Yoruba Religion (2005),  Black Atlantic Religion: Tradition, Transnationalism, and Matriarchy in the Afro-Brazilian Candomblé (2005), and Stigma and Culture: Last-Place Anxiety in Black America (2015).

Since 1988, SAR has awarded the J.I. Staley Prize annually “to a living author for a book that exemplifies outstanding scholarship and writing in anthropology. The award recognizes innovative works that go beyond traditional frontiers and dominant schools of thought in anthropology and add new dimensions to our understanding of the human species.”

J. I. Staley, whose generous bequest created this award, was a businessman from Wichita Falls, Texas. He served on the SAR board of directors from 1980 until his death in 1995.