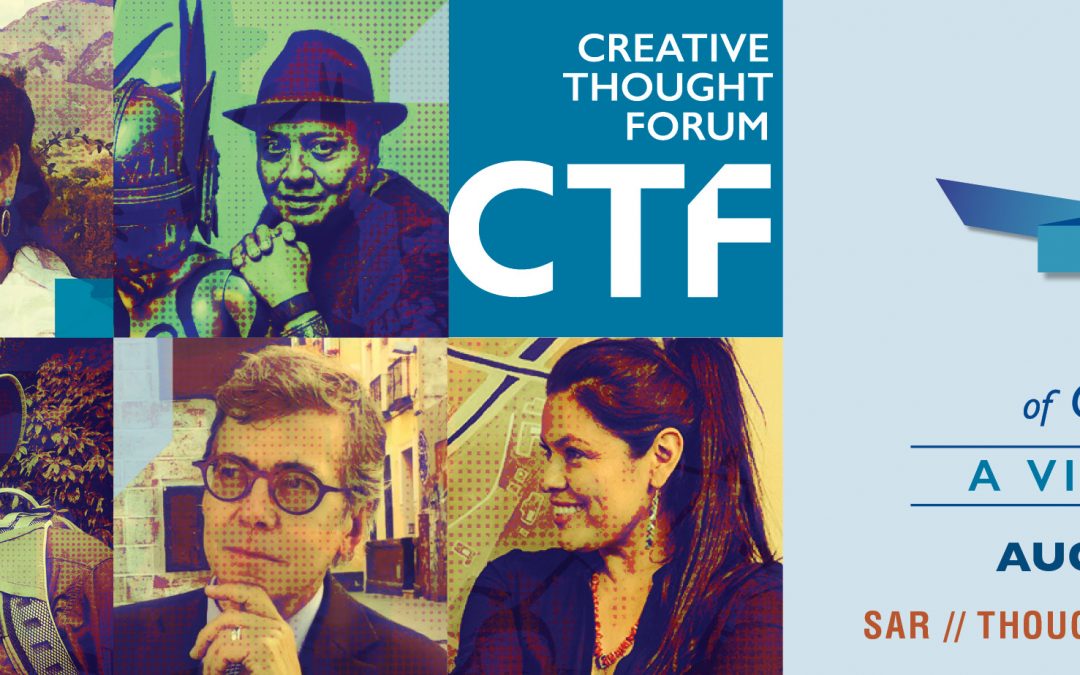 Join the School for Advanced Research (SAR) online to celebrate the accomplishments of SAR’s Creative Thought Forum (CTF) over its first three years. Join a live Zoom cocktail hour to have the opportunity to interact with some notable scholars and artists to hear more about their work and impact in the world. The pre-party package includes two special SAR-branded bandanas, $50 restaurant gift card, specialty “El Delirio” cocktail recipe, and select Zoom backgrounds.

Come and be surprised! With your registration, you will be randomly assigned to one of our Zoom rooms to interact with one of the featured guests below: 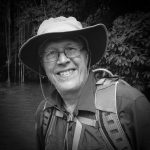 Join Douglas Preston, SAR advisory board member and New York Times best-selling author of The Lost City of the Monkey God, for a discussion about his journey to document and film a long-hidden precontact metropolis in the Honduran rainforest.

Douglas Preston is an SAR advisory board member. He is the author of thirty-five books, both fiction and nonfiction, including several New York Times best sellers. His 2017 nonfiction book, The Lost City of the Monkey God, follows a team of researchers as they search for a long-hidden precontact metropolis deep in the rainforest of Honduras. Preston’s work has appeared in the New Yorker magazine, National Geographic, Harper’s, and The Atlantic. His journalism career has taken him into temples in the jungles of Cambodia, tombs in the Valley of the Kings in Egypt, and across thousands of miles of the American Southwest via horseback, which earned him membership in the elite “Long Riders’ Guild.” 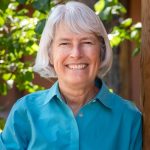 Join SAR’s 2019–2020 Weatherhead fellow Patricia L. Crown to discuss her fascinating research into the use of cylinder jars for chocolate consumption across the Chaco Canyon region.

Patricia L. Crown is a Distinguished Professor in the Department of Anthropology at the University of New Mexico. For more than four decades, she has conducted field investigations in the Ancestral Pueblo, Mogollon, and Hohokam areas of the American Southwest, including excavations in Pueblo Bonito, Chaco Canyon. Her work has explored ceramics, trade, rituals, diet, gender roles, and more. Crown’s research led to the discovery of the first evidence of chocolate consumption in communal and ritual gatherings across the Chaco Canyon region dating from AD 750 to 1400. 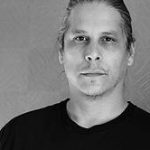 Join renowned painter Mateo Romero for a discussion about his life as a contemporary artist growing up in an urban setting in California with roots tracing back to Cochiti Pueblo and his current work as a painter living in northern New Mexico.

Mateo Romero, SAR’s 2002 Ronald and Susan Dubin Native artist fellow, was born and raised in Berkeley, California. Although his childhood was an urban one, through his father, Santiago Romero, and his connection to their Southern Keresan Cochiti people, Romero’s cultural background includes connections to the Rio Grande Pueblo world.

In 1989 Romero earned a BA in art from Dartmouth College, where he studied with acclaimed artists Ben Frank Moss and Varujan Boghosian. After a year of postgraduate work at Santa Fe’s Institute of American Indian Arts, Romero went on to earn his MFA at the University of New Mexico. In 2019 he and his brother, Diego Romero, received the Living Treasures Award from the Museum of Indian Arts and Culture. Romero’s abstract works are often gestural in nature but also play in the arena of pop art. His photographic imagery collides with color and surface as he blurs the lines between literal photographic information and the realm of gestural painted surfaces. 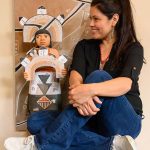 Join award-winning Jemez Pueblo potter Kathleen Wall for a discussion of her life and work. Explore how she merges pottery-making traditions with contemporary art forms in her work and the ways she embraces the landscape and place-names of her region.

Kathleen Wall, the 2016 Eric and Barbara Dobkin Native artist fellow, is a Jemez Pueblo potter continuing traditions passed on to her by her mother and grandmother. Wall began her artistic journey by making storytellers. Over the years, she has merged the traditional methods that she was taught with new methods and a contemporary aesthetic. Wall earned an AA and BA in fine arts from Santa Fe’s Institute of American Indian Arts. In 2000 she won a Southwest Association for Indian Arts fellowship. In 2017 she won Best in Show for her work at the Eiteljorg Museum Market and in 2020 received the Living Treasures Award from the Museum of Indian Arts and Culture in Santa Fe. 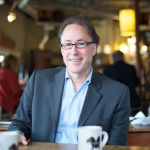 Join best-selling author Hampton Sides to discuss his latest works, including On Desperate Ground: The Epic Story of Chosin Reservoir—The Greatest Battle of the Korean War, as well as the classic Blood and Thunder: The Epic Story of Kit Carson and the Conquest of the American West.

Narrative historian Hampton Sides is best known for his gripping, deeply researched adventure stories set in wartime or depicting expeditions of exploration. He’s the author of the best-selling histories Ghost Soldiers, Blood and Thunder, Hellhound on His Trail, and In the Kingdom of Ice. His most recent book, On Desperate Ground: The Epic Story of Chosin Reservoir—The Greatest Battle of the Korean War, was named a Best Book of the Year by the Washington Post and is now under development for the screen. Sides is an editor-at-large at Outside magazine and a contributor to publications including National Geographic, the American Scholar, Smithsonian, the New York Times, and the New Yorker, and his journalistic works have been frequently anthologized and twice named finalists at the National Magazine Awards. A native of Memphis and a graduate of Yale, Hampton is a member of the Society of American Historians and a recent fellow at the Santa Fe Institute. Hampton lives in Santa Fe, New Mexico, and teaches narrative nonfiction at Colorado College. He is now at work on a book about the third and final voyage of Captain James Cook. 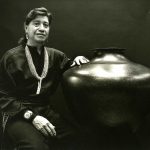 Join Nambe Pueblo potter Lonnie Vigil for an in-depth conversation about his life and innovative work using micaceous clay. Vigil will describe the inspiration he received from Clay Mother when he returned to Nambe after leaving a career in business in Washington, DC, and how he continues to use traditional designs and techniques of his ancestors.

In 1994 Lonnie Vigil was the first recipient of the Ronald and Susan Dubin Native Artist Fellowship. His micaceous pots reflect both his artistic passion and his deeply rooted relationship to Nambe Pueblo. This style of pottery is distinguished by sparkling mica flecks in the clay and by its traditional use for cooking and storage. Vigil earned a degree in business administration from Eastern New Mexico University and pursued a career as a financial and business consultant in New Mexico and subsequently in Washington, DC. After years on the East Coast, Vigil returned to New Mexico and began pursuing artistic endeavors. In 2001 Vigil won his first Best in Show at Santa Fe’s Indian Market. Vigil sees himself as “a guardian of the clay” and says, “I feel responsible for making sure that the Clay Mother stays alive in my village.” 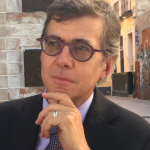 Join Emmy Award–winning screenwriter and producer Kirk Ellis for a discussion about his experiences working in the entertainment industry and living in New Mexico, including updates on his latest project: “Bibi,” a new HBO series about scandal-haunted Benjamin Netanyahu, prime minister of Israel.

Kirk Ellis has earned over fifty Emmy nominations during his career. Ellis was the writer and a co-producer on the 2008 HBO miniseries John Adams. The series earned him two personal Emmy Awards, along with a Golden Globe, a Writers Guild of America Award, a Peabody, and the Humanitas Prize. Ellis also received an Emmy nomination and won the WGA Award and Humanitas Prize for the 2001 ABC miniseries Anne Frank, which he also wrote and co-produced.

Ellis has written and/or co-produced films including The Grass Harp (1995), The Beach Boys: An American Family (2000), and Anne Frank: The Whole Story (2001). His collaboration with Steven Spielberg and DreamWorks on the miniseries Into the West brought him the Western Writers of America’s Spur Award for Best Drama Script for the episode “Hell on Wheels.” He also received the Wrangler Award for Best Television Feature from the National Cowboy & Western Heritage Museum for his work on the miniseries, on which Ellis served as writer and supervising producer. He is the former president of Western Writers of America and the founder of Shadow Catcher Productions, an independent production banner under which he develops his own indie features and documentaries. 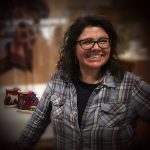 Join Teri Greeves to discuss her work as a contemporary Kiowa bead artist and her recent experience co-curating the groundbreaking exhibition Hearts of Our People: Native Women Artists, which opened at the Minneapolis Institute of Art in 2019 and was scheduled to travel across the nation before the onset of COVID-19. Greeves will explore the power of the voices in the exhibition and the show’s relevance to social issues facing the nation today.

Teri Greeves is a beadwork artist who is enrolled in the Kiowa Indian Tribe of Oklahoma. Greeves was raised near her mother’s trading post on the Shoshone and Northern Arapaho Wind River Reservation in Wyoming. Her father was a sculptor, and her family tree includes the renowned Kiowa artist Silver Horn. By the age of eight, Greeves was beading her own artworks (under the tutelage of her grandmother) and selling them to pay for her materials. Today, her work blends abstract, geometric traditions of Kiowa beadwork with the pictorial style of the Shoshone. Greeves has developed her own visual language in her beadwork where she places beaded imagery on everyday objects from the non-Native world.

Greeves received her first Best in Show in 1999 at Santa Fe’s Indian Market for a beaded parasol depicting an Indian parade. Since then she has won over forty awards at Indian Market, the Heard Museum Guild Indian Fair & Market, and various other shows. In 2003 she was the Eric and Barbara Dobkin fellow at SAR and also the signature artist at the Heard Museum Guild Indian Fair & Market. Her work is found in collections at the Heard Museum, Museum of Arts and Design, Brooklyn Museum, Denver Art Museum, National Museum of the American Indian, New Mexico Museum of Art, and Museum of Indian Arts & Culture. 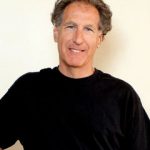 Join Steven Feld to discuss his career as one of the most influential ethnomusicologists of our time and his work on the immersive film Voices of the Rainforest, a collaborative project with Mickey Hart and Skywalker Studios, which spans a day in the life of the Kaluli people in their Bosavi rainforest home in Papua New Guinea.

Steven Feld, SAR senior scholar, is one of the most influential ethnomusicologists of our time. A professor of anthropology at Columbia University, Feld has dedicated his career to documenting the sounds and cultural dynamics of Papua New Guinea’s Bosavi region since 1976. In 1991 he released an ambient soundscape album, Voices of the Rainforest (part of Mickey Hart’s Endangered Music Project). In 2018 he released a full-length documentary by the same title that merged his audio archive with visuals from the rainforest and interviews with community members. Feld’s 1996 SAR Press publication Senses of Place has become an iconic work in the fields of place studies and ethnomusicology.

Then join us for our virtual event!

Join us in the comfort of your own living room and enjoy hearing from SAR Scholar and Artist Fellows about their work and its impact. Special opportunity to bid on a memorable two-night “glamping” trip to Chaco Canyon led by archaeologist Steve Lekson (to take place in 2021). Free. Learn more here. 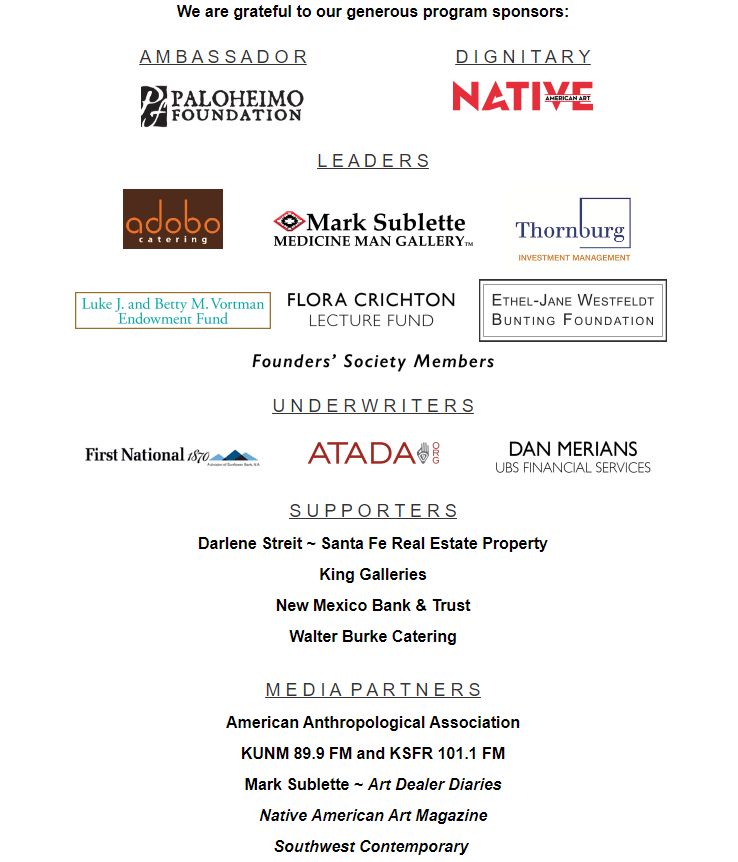