In the Vault: Coil and Sifter Basket, Pootsaya 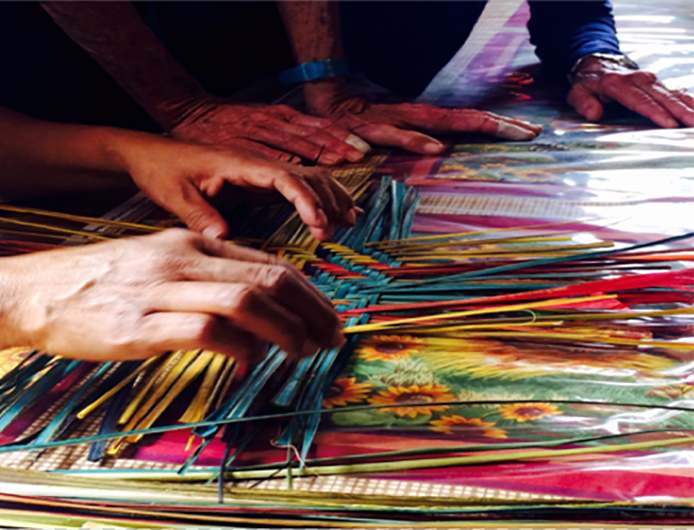 With my basket I decided to send out a message. The coil is to represent a tight foundation for our community, and as I started tying every strand, I started saying, “I’m going to tie our people back together.” Every strand is representing each and every one of us, because I wanted a better future for our children. That was the purpose that came to me. —Iva Honyestewa

Last month, we began sharing some of our staff favorites from the Indian Arts Research Center (IARC) collection—here is a piece that was selected by IARC administrative assistant Daniel Kurnit. Daniel has been at SAR for about nineteen years, so he knows the collection incredibly well, and I can’t imagine how difficult it must have been to select just one piece to share! 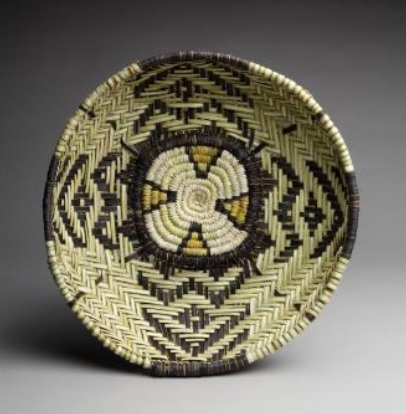 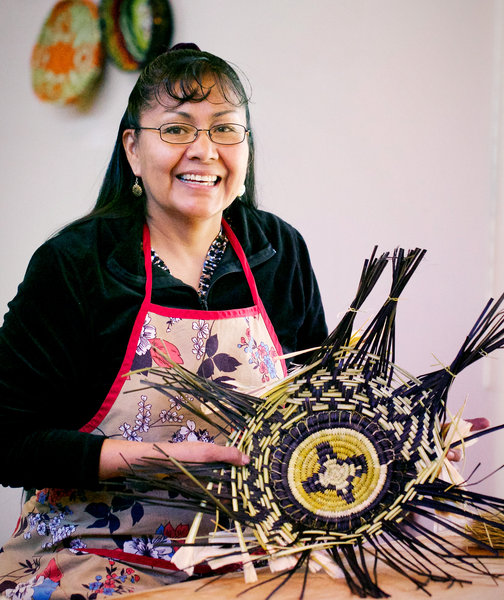 This beautiful basket was made by Hopi/Navajo artist and 2014 Eric and Barbara Dobkin fellow Iva Honyestewa. This basket, which measures 12 5/8 inches in diameter and 3 1/4 inches tall, is made from yucca, rabbitbrush, willow, artificial sinew, and a variety of dyes. The design is of four clouds in the center (the yellow triangles), surrounded by four design sections that depict lightning, corn seeds, and rain.

In Daniel’s explanation of his selection he stated:

When Iva Honyestewa came to SAR, her goal was to combine two forms of traditional Hopi baskets—sifter baskets and flat plaque weavings—into a new form, which she called pootsaya. The idea was clear in her head, but she needed time and space to figure out the details of how to construct this new basket.

She donated the basket to the SAR collection. This a wonderful example of her early attempts at this merging of styles. The coiled center plaque isn’t joined to the sifter basket exterior as gracefully as some of her later pieces, the decoration is relatively spare, and the overall form is a bit uneven. But it shows a moment in time when Iva was experimenting, trying to work out how this new form would take shape. It is a link in the chain of her artistic process that has made possible all the other pootsaya—those made by her, and those created by everyone she’s taught.

Learn more about Iva’s process and intentions behind the method in a piece we shared in the 2018–2019 annual report. See the full report here.

and explore thousands of works of Native American art from the Indian Arts Research Center collections including the basket described above. 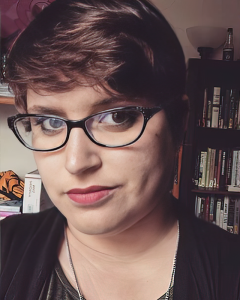 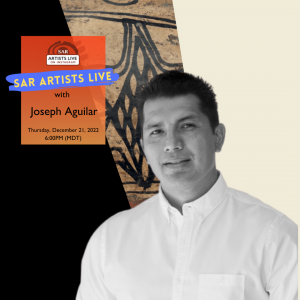 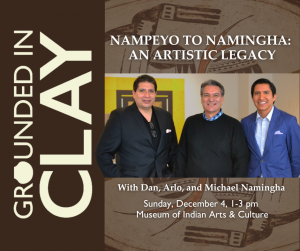 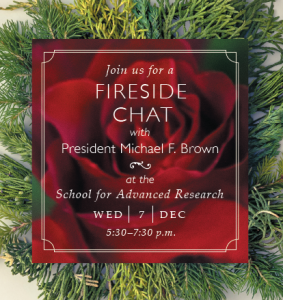