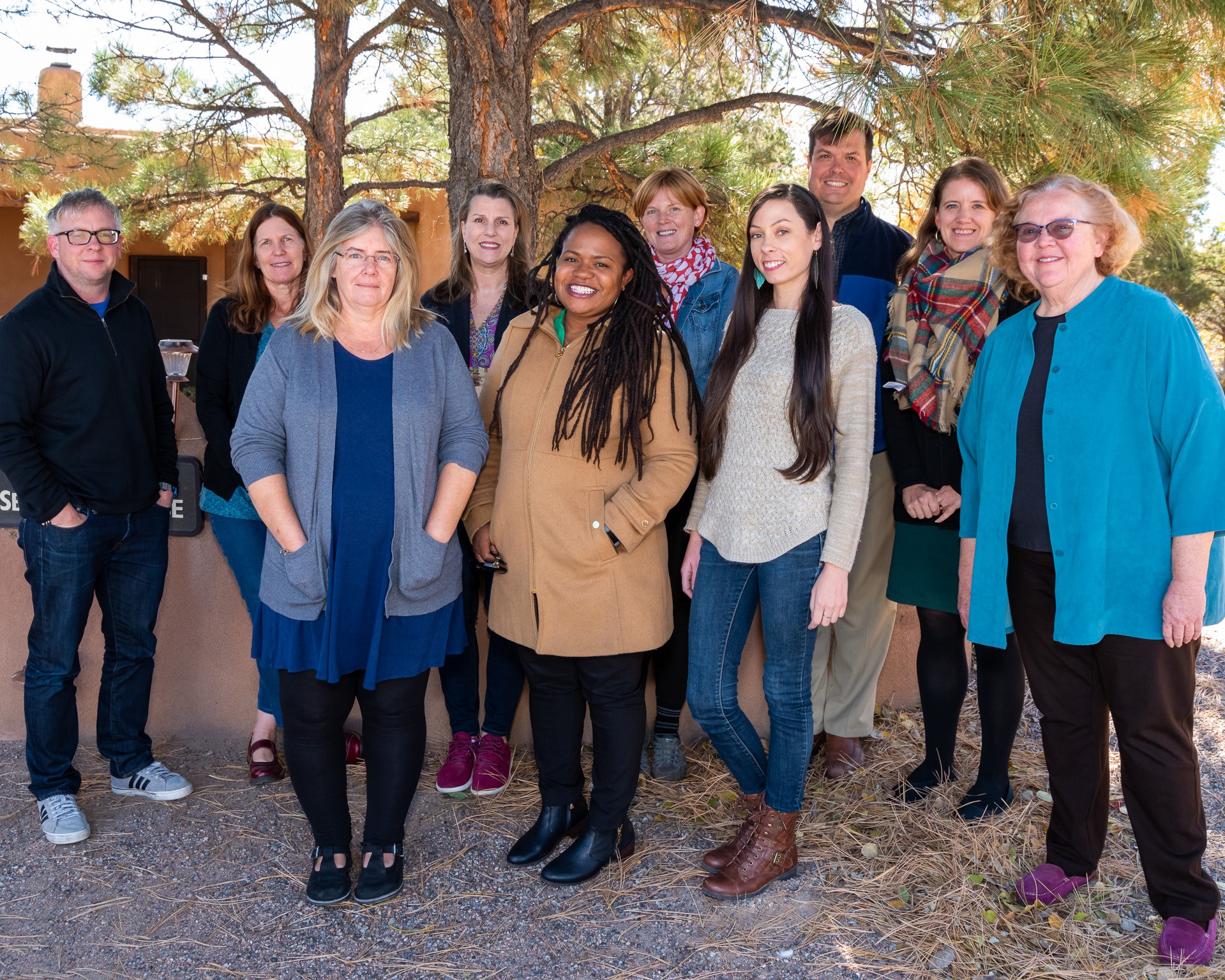 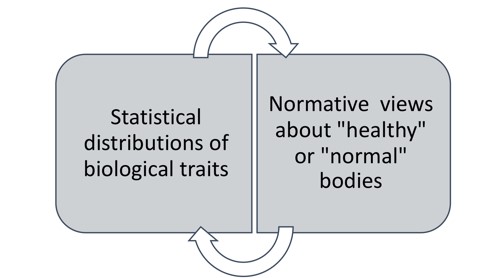 Biological Normalcy: Investigating Relationships between Statistical Norms and the Normative

The overarching purpose of the short seminar “Biological Normalcy: Investigating Relationships between Statistical Norms and the Normative” was to address similarity and variability in what is considered biologically “normal.” More specifically, seiminar participants sought to advance the concept of “biological normalcy” as a new framework for the analysis of human biological variation in anthropology by understanding the relationships between normative social views of, and statistical norms for biological variation within our species, and the broader implications of these relationships (Figure 1). The goal was to broaden our understanding of the relationships among various conceptualizations of “normal” to thereby contribute to a more robust biocultural anthropological analysis of human variation that also has critical policy applications.

An additional goal of the workshop was to develop a new form of discourse to describe human biological variation that is non-ethno-biocentric. The language used to describe human variation has direct relevance to fundamental anthropological values, but also to clinical and public health, wherein there are treatments and policies aimed at “normalizing” “non-normal” biological measures. In some cases this outcome is positive, if the non-normal is in fact associated with worse health, but in other cases, such efforts reflect implicit or explicit cultural biases about how biology “should” be, and these should be understood in that light.

Participants were asked to address the following questions: What is known about the range of human variation for the trait across the species and within populations?; What accounts for the variation?; How is the range of variation in the trait associated with variation in physiological function and health outcomes?; What data are used to assess these relationships?;  How is this variation measured (e.g. what biomarkers are used)?; How is variation in the trait described in biomedical discourse?; Is there an alternative discourse? These presentations then formed the foundation and topics for subsequent discussion and small group work.

In the context of productive and enriching discussions over the three days participants worked out some additional dimensions of the concept of biological normalcy:

Next Steps:  These case studies have already been accepted for presentation in panels for several major conferences, including the AAAs in November 2019 (which was very well attended – the room was packed!), the AAAS in February 2020, and the HBA plenary session in April 2020, and plans have been made to organize a special issue in the American Journal of Human Biology to publish the case studies. We will bring in additional scholars to address other topics within the framework of biological normalcy, and anticipate a series of research projects that evaluate the relationships between statistical distributions/norms and cultural norms.

The Human Biology Association Plenary Session with Dr. Wiley’s talk as the distinguished Pearl lecture on this topic was cancelled for spring 2020, but is now rescheduled for an online format in April 2021.  While ordinarily plenary session papers and the Pearl lecture are published after the meetings, because of the cancellation, participants are preparing their papers for submission to the American Journal of Human Biology special issue on Biological Normalcy.  The papers include those by authors who participated in the seminar as well as some from beyond that group to bring more diversity of perspectives and authorship.  In addition, the co-chairs published a foundational brief on Biological Normalcy in Evolutionary Medicine and Public Health in January of 2020 (Wiley and Cullin 2020), which reaches a broad clinical medicine and public health audience as well as evolutionary-minded anthropologists. Once the AJHB papers are submitted, work will begin on a paper to be submitted to Current Anthropology, which will bring the topic to a broader anthropological audience.