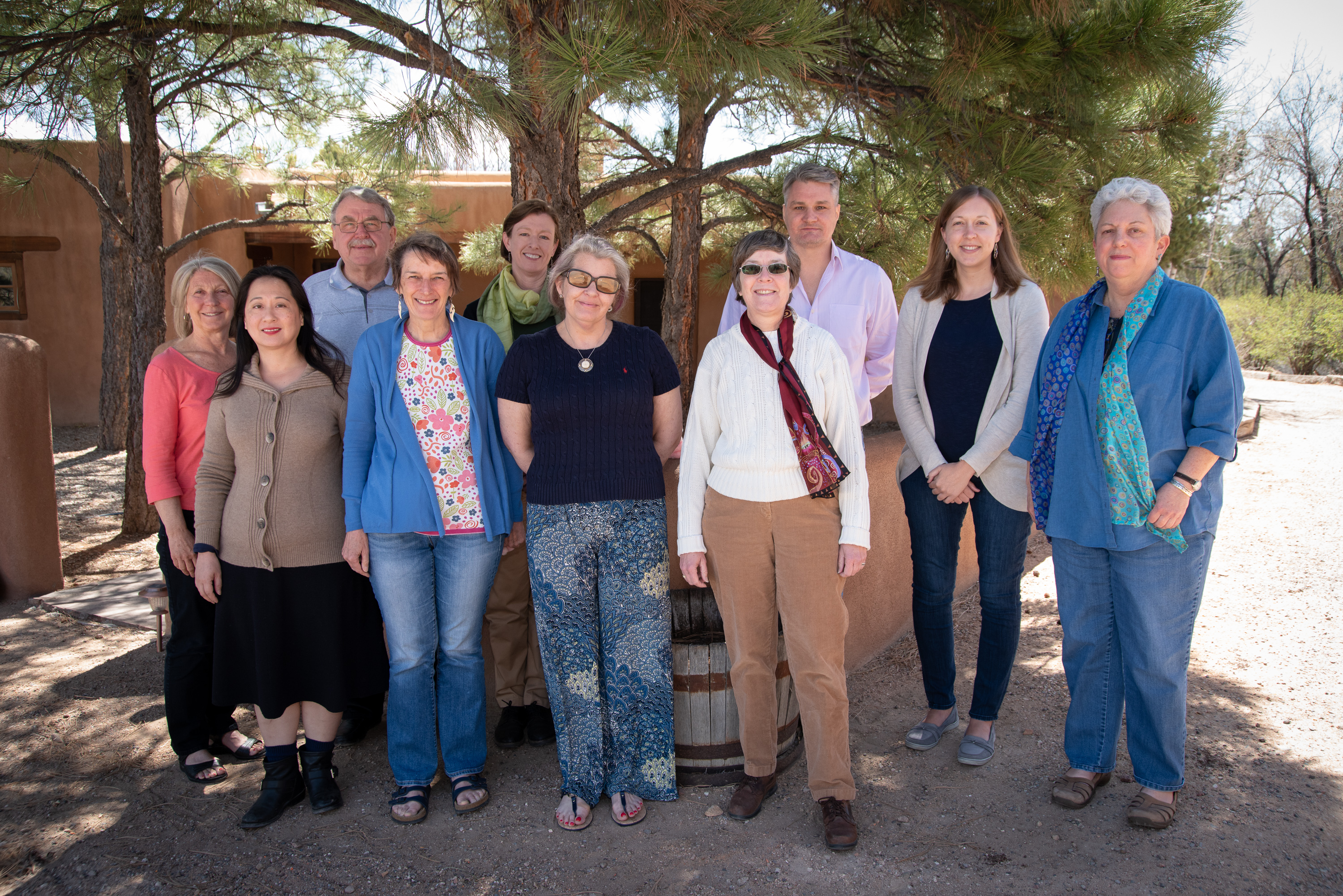 The Evolution of Syphilis: A New Approach to an Old Debate

The perception that a new disease suddenly appeared in Europe in the late 15th century sparked debate about the origin of syphilis that has raged for more than five centuries. Questions concerning the spread of the infections (pinta, yaws, bejel, and syphilis) caused by Treponema pallidum subspecies and their emergence in different parts of the world continue to be contested in anthropological and medical circles. The goal of this seminar was to move beyond the contentious and unproductive debate about whether syphilis existed in the Old World prior to the voyages of Christopher Columbus or was brought from the New World at the end of the 15th century. In this seminar, a multidisciplinary team tackled the larger questions of how the causative organism(s) and humans co-evolved and ways in which we can advance our understanding of how the related treponemal diseases affected past people across both time and space.

Team members pre-circulated papers on topics related to their areas of expertise, with each person presenting a summary at the seminar to stimulate group discussion over our three days of meetings. Opening discussions included the state of the field in the genetics of the causative organism, Treponema pallidum, and its subspecies, which have been nearly impossible to culture. Also considered were the current epidemiology and clinical manifestations of yaws, bejel, and syphilis, together known as treponemal infection, how this group of diseases can be detected in the skeletal remains of past people, and what criteria are needed for a secure diagnosis.

Because dating of skeletal remains is central to the debate about the origin of syphilis and to understanding its temporal depth in different regions of the world, a summary of current radiocarbon-dating methods and marine and freshwater reservoir diets on the dates obtained from human bone samples was delivered. The consumption of large amounts of seafood or freshwater fish and mollusks (e.g., 20-30% of the diet or more) may cause the individual’s bone to yield a date that is too old. Analysis of stable isotopes of carbon and nitrogen of marine or freshwater resources can help to determine when a correction should be made. Additionally, archaeological chemistry can also help detect patterns of migration of those affected by disease and trace alterations in their diet as the disease progressed.

The current understanding of historical documentation relating to the European epidemic of syphilis as a “new” disease around 1500 was reviewed.  Evidence of treatments, including one made from a New World tree bark as well as mercury were contemplated. The development of the printing press around this time was also considered in the dissemination of descriptions of syphilis, as well as the seeming decline in attention after about 30 years of adjustment to what had become commonplace (a new normal). Seminarians subsequently turned their attention to a review of reported cases in the literature from Europe in English and several other languages and the criteria used to support diagnoses. Diagnoses were variable in quality – some very well supported and others lacking clear descriptions or photographs or relying on non-diagnostic criteria – with almost all reported cases postdating 1500. In addition, the dearth of training in both the developed and the developing world were discussed.

Deliberations culminated with small group breakouts (2-3 people in each), with recommendations made by each group for full group consideration. Of primary significance is the agreement that treponemal disease existed in both the New and Old Worlds prior to 1493. The clinical expression of yaws, bejel, and syphilis overlap to the extent that they cannot be distinguished and that differences in expression are due to the age of onset and how the infection is contracted. Skeletal manifestations of the trepomenal variants cannot be differentiated and the presence or absence of treponemal infection should be considered rather than focusing on whether it was sexually transmitted.

To advance our understanding of the relationships among treponemal phenotypes, the following must happen:

The next steps include immediate preparation of a journal article providing state of the field and recommendations for best practices in the different areas of expertise represented by our team members. A workshop for the next meeting of the Paleopathology Association and a symposium for the American Association of Physical Anthropologists in March 2019 are also planned. Ultimately, an edited volume will build on the groundwork laid in this research team seminar. The principal goal of these initiatives is to stimulate additional work to advance our understanding of treponemal disease and its impact on people in both the past and present.

Dr. Baker also organized the joint PPA-AAPA symposium on “The Evolution of Syphilis: A New Approach” for the annual meeting of the American Association of Physical Anthropologists in Cleveland, held on March 29, 2019 . Several participants were from the research team  that met at SAR.

An overview paper on this topic was invited for submission to Yearbook of Physical Anthropology, which appears as an annual supplement to the American Journal of Physical Antrhopology in January each year.  This article is in progress and is coauthored by all SAR research team members (plus a couple who collaborated on pieces for that seminar but did not attend it).

Dr. Baker and Dr. Sheila Lukehart were invited to coauthor a chapter on treponemal infection (syphilis) for an edited volume called “Evolving Health,” edited by Kimberly Plomp, Charlotte Roberts, et al. The book is under contract with Oxford University Press.

“Advancing the Understanding of Treponemal Disease in the Past and Present” published in the American Journal of Physical Anthropology. Available online at  http://dx.doi.org/10.1002/ajpa.23988.