IARC SEMINARS / 2011
Moccasin Seminar III
October 21, 2011
The six moccasin makers met at SAR on October 21, 2011 for another seminar to continue discussions on the collaborative project on Southwest moccasins. Highlights of their one-day seminar included a preview of the short film To Feel the Earth: Moccasins in the Southwest, produced by SAR and Red Ant Films, which highlights moccasins in Pueblo, Navajo, and Apache cultures and also addresses the importance of wearing moccasins. Herb Stevens, Will Tsosie, and Pat Tenorio are featured in the film, along with moccasins made by Gary Roybal, John Garcia, and Edwin Herrera. Former Harvey J. Branigar Jr. intern Jessica Metcalfe is also featured, due to her expertise in Native fashion.

The moccasin makers brought moccasins with them, which were photographed by SAR staff. Each artist also had his portrait taken with a pair(s) of their moccasins. The afternoon was spent reviewing preliminary exhibit themes and text.

The film will travel with the banner traveling exhibit starting in the latter half of 2012. 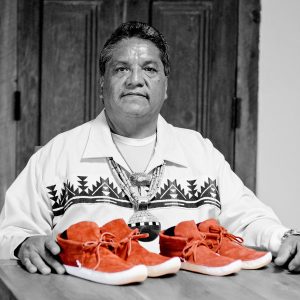 Pat has served as tribal councilman of Santo Domingo. He practices and maintains the traditions of his pueblo, which is why he learned how to make moccasins. He observed his grandfather and father making moccasins while he was growing up. Pat started making moccasins in March 2000 and learned through classes offered at the pueblo, which were taught by Lambert Nieto.

Making moccasins is a great part of Pat’s life. He always likes to share his knowledge with anyone who wants to learn how to make shoes. He plans to continue making them for the rest of his life so he can keep up the tradition. 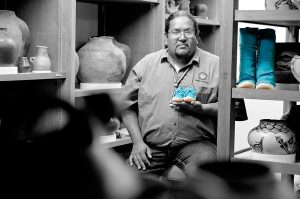 People have found out about Edwin’s moccasin making by word of mouth since he does not advertise his work or sell his moccasins at art shows. He is privileged and honored to have made moccasins for people from every pueblo in New Mexico.

Edwin hopes to pass on his knowledge to younger generations so they can keep the artistic tradition alive. 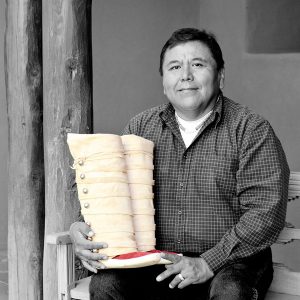 Will has a bachelor of arts degree in anthropology and a bachelor of arts degree in southwest studies from Ft. Lewis College in Durango, CO. Currently, he is working for the Navajo Nation Archaeology Department in the Shiprock, NM office as a field archaeologist and ethnographer. Will’s professional work has taken him throughout the greater Four Corners region of the southwest and the Navajo Nation reservation. Some of his academic and scholarly interests include Navajo rock art, ceremonial systems, material culture, and language.

Will learned how to make moccasins from watching family members make moccasins. He has a love for the material culture of his people and has tried to continue the traditions of his culture. 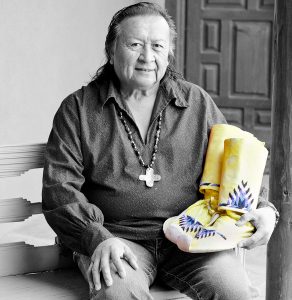 Herb has been the director of the San Carlos Apache Cultural Center since 1995. As director, he oversees the exhibits and programming and also serves as a teacher and ambassador for Apache culture and traditions. He learned how to make moccasins from his grandmother and grandfather, both of who also shared many other teachings with him. He earned his bachelor’s and master’s degrees in fine arts from Northern Arizona University.

He has taught moccasin making, dress making, and shirt making in his community and at other Apache tribes. Herb often volunteers his time because he wants Apache people to carry on their traditions. He thinks it is important for Apache people to learn how to make moccasins and traditional clothing and also to wear moccasins every day.

Herb’s teaching and commitment to his culture was recently recognized when he received the Arizona Living Indian Treasures Award in recognition of his dress and moccasin making at a ceremony at the Heard Museum in October 2011. He will continue to teach as long as he can so he can continue in the steps of his elders who have gone onto the spirit world. 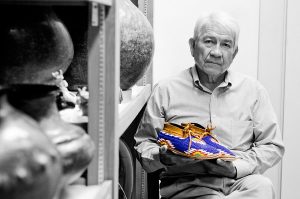 John has been making moccasins for 15 years. He is married and has two sons and three grandchildren whom he has made moccasins for throughout the years. He also makes drums, furniture and pottery, and paints in oil and watercolor, as well as tanning buckskin using traditional methods. He is retired from Los Alamos National Laboratories, where he was a project design engineer. 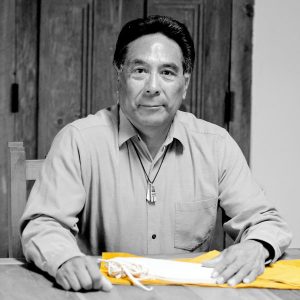 Gary was born in 1951 and was raised in San Ildefonso where he continues to live. He has two sons, Gary Alan Roybal and Timothy Roybal, and two grandchildren, Sara and Tonita. Gary is a former tribal official, having served three 2-year terms of office as 1st and 2nd Lieutenant Governor and one 2-year term as Head War Captain and Assistant War Captain of San Ildefonso.

His grandfather, Juan Cruz Roybal, taught Gary moccasin making more than 30 years ago. Today, Gary primarily makes traditional pueblo style moccasins which includes women’s, men’s and children’s white moccasins with black soles and red moccasins with white soles. Both styles are made with either brain tanned or commercial buckskin, and the soles are brown or white cowhide. He also makes Taos/Plains style beaded moccasins, which can be fully beaded or plain. He uses glass or cut beads and sews primarily using a “lazy-stitch” with geometric lines or Pueblo Indian designs onto commercial buckskin.

Gary has participated in SWAIA’s Indian Markets and New Mexico State Fair. He has taught moccasin making to adults at the Poeh Museum arts and crafts program at Pojoaque Pueblo. 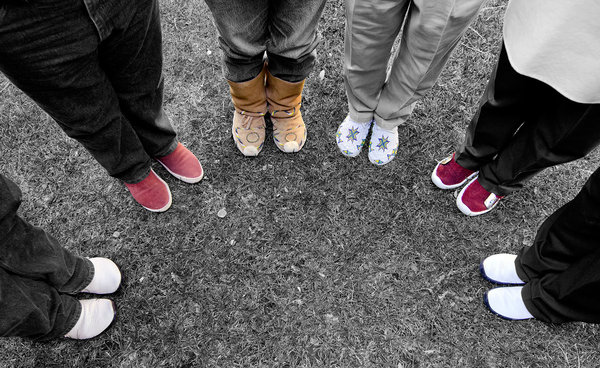 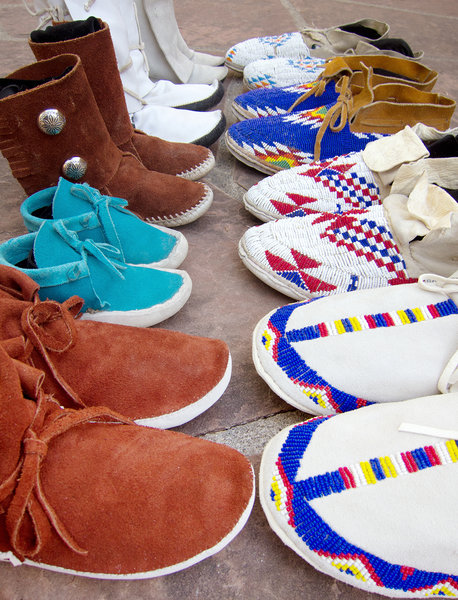