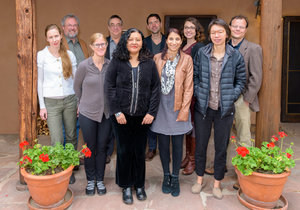 Co-chaired by Bradley J. Parker, Anna Boozer and Bleda During

Arguing that imperial power was the outcome of the complex interaction between local, regional, and interregional agents, along with economic, ideological, and cultural factors, historians are promoting a shift away from the assumption that empires were homogenous centrist states to the view that they were heterogeneous and dynamic patchworks of imperial configurations. Historically, archaeologists viewed empires as elitist entities in which the non-elites were not dramatically affected by empire or had little or even no control over imperial interactions.  In addition, archaeologists tended to wedge local specificity into imperial models obscuring the dynamic synergies that occur between the local and the empire.  Aiming to join the historians’ discussions of the shifting view of empires, participants in the Archaeologies of Empire seminar, gathered together to contribute empirically-drawn perspectives from archaeological work stretching across the ancient world.

Archaeology offers the opportunity to investigate the myriad contexts from which imperialism emerged and to explore the variegated outcomes that imperialism produced. It is uniquely positioned to create dialogue across disciplinary boundaries because it can recover the things people did not want to record; those they did not think to record; and those they could not record. Archaeology is crucial to understanding how empires arose in the first place, why some empires succeeded where others failed, and how empires were constituted through the daily activities of people living across their dominions.

In sum, the goal for this collaborative effort was to result in a step change in how scholars study ancient empires and for scholars of ancient empire to contribute to discussions of empire that are happening in other disciplines and periods.