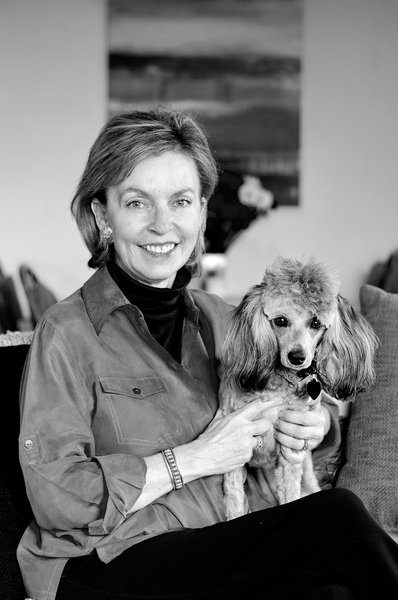 Teresa McCarty was surprised by the young people she interviewed toward the end of a multi-year project studying the impact of language shift and retention on Native American students’ school achievement. “Language shift” refers to the process by which intergenerational transmission of a community language breaks down. In this case, most Native youth were learning English, rather than the Indigenous language, as a first language—a shift that is widespread throughout North America. The information she gathered from the adults in the educational system—the parents, teachers, staff, and administrators—did not suggest that the young people would be interested in talking about the complex issues of how Indigenous languages are lost and how they can be saved. As one teacher told her, “Nobody speaks the Native language anymore.…Young people don’t know anything about their language.” But, in fact, McCarty and her co-researchers found that youth were deeply concerned about their heritage language and keen to learn it. “I just want to learn my cultural language.…It’s a big important part of my life if I am going to be a Native,” said one young woman.

“With many of the students we interviewed, this cascade of feeling and affect just came tumbling out, all related to language,” McCarty said. “Some students had a remarkably sophisticated critical consciousness about the history of their people, the dispossession and degradation of Indigenous lands, and how language loss fits into all of that. So it really did surprise us.” This aspect of her fieldwork involved seven school sites and five Native American languages, with in-depth interviews of 168 adults and 62 youth, ethnographic observations, and sociolinguistic surveys. McCarty describes this as action research connected to community language education goals, and integral to the project were 21 community research collaborators.

Much has been written about the growing loss of human linguistic and cultural diversity—experts predict the demise of up to 90 percent of the world’s languages by the end of the century, most of them Indigenous—yet, oddly, “studies that address the perspectives of youth are surprisingly rare,” McCarty notes. Her project examines the central role of youth, “arguably the most significant social actors and stakeholders in heritage language futures.” The project poses key questions: How are youth responding to dynamic situations of language shift? What influences their language choices? What attitudes and beliefs do youth hold toward the Indigenous language and English? How do these beliefs shape their cultural, linguistic, and academic identities? How do young people negotiate complex and contradictory societal attitudes toward heritage languages?

McCarty and her colleagues found that Native American youth experience a fluid interplay between English and their heritage language, and that the binary of “speaker/nonspeaker” greatly oversimplifies their language repertoires and environments. In many contexts, speaking the Indigenous language is “minoritized” or discouraged in favor of dominant English. Formal instruction in the heritage language is often superficial, and relegated to an hour or two a week, without integration in the larger school curriculum. English is recognized as necessary for social advancement or professional success, but often at the expense of the Indigenous language, which may be stigmatized as “backward” and unnecessary. Generational memories of the boarding school era, when the federal government separated Native American children from their families and forced them to attend schools where they were harshly punished for speaking their own language, were viscerally present in many of the interviews McCarty and her team conducted. Some students explained that their parents and grandparents “had really bad experiences in the boarding schools, so it’s all English, English, English.”

At the same time, many students expressed deep, impassioned longing for what they called their cultural language. “Knowing the Native language helps me not lose the identity of who I am, of where I come from,” said one student. Language loss “is a sign that the social fabric of a speech community has been torn,” McCarty says. Her study looks at the role of youth in mending that social fabric, and is rooted in Simon Ortiz’s notion of continuance: “a determined yet hopeful struggle to sustain living cultural communities that continues on and on.”

A second fieldwork site was a K–5 trilingual, Navajo-English/Spanish-English urban school in the U.S. Southwest, called Puente de Hózhó, “Bridge of Beauty” School. “All students at this school learn academic content in their second language. For Indigenous students, the second language is their language of heritage—Navajo,” McCarty says. The school’s curriculum is predicated on the belief that learning more than one language is an asset to both individuals and society at large. “We know English is the dominant language, but philosophically we believe that all languages should be on equal terms,” said one school administrator. A student explained what learning Navajo meant to him this way: “If you only learn one language, come here. Then your culture won’t go away. It will keep on growing.”

“That’s ‘continuance’ from a youth perspective,” McCarty says. “I think what these youth narratives and counter-narratives suggest is that for language revitalization to really work, communities must get youth involved in the actual on-the-ground language planning. It requires a community-wide commitment to language regeneration. Language revitalization isn’t just something we do to or for youth—youth need to be drivers in the process.” By privileging the perspectives of Indigenous youth, the end product of McCarty’s research “will be a repository of new knowledge to inspire further transdisciplinary scholarship, and—just as important—a resource for Indigenous communities and the protection and revitalization of threatened mother tongues,” she says.