Affiliation at time of award:
Assistant Professor
Department of Anthropology
University of Connecticut 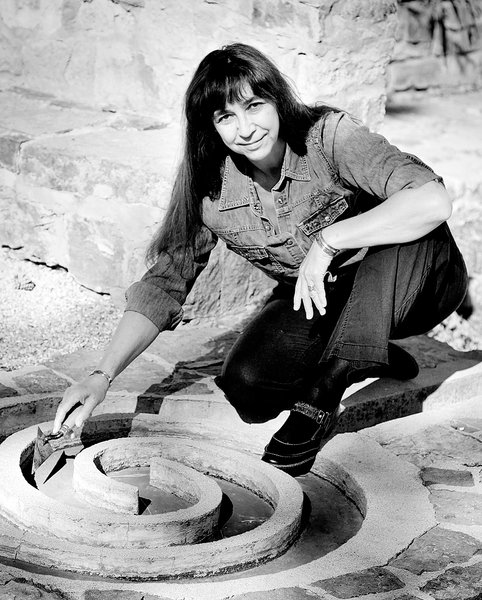 The notion that Native Americans were poised on the brink of extinction in the late nineteenth and early twentieth centuries drove anthropologists to pursue what is known as “salvage anthropology,” or “rescuing” ethnographic data and artifacts from Indigenous peoples. Because Native tribes were presumed to be vanishing, “languages and data were collected in a hurry,” says Katrin H. Lamon Resident Scholar and Ford Fellow Margaret Bruchac (Abenaki). “If we are to better understand this era of cultural exchange,” says Bruchac, “we need to reevaluate, and reconsider, the disproportionately large role that dominant white male American anthropologists have been allowed to play in shaping public conceptions of Indian identity and materiality.”

The most prominent scholars in the salvage era of American anthropology—Franz Boas, Frank Speck, and William Fenton, among others—did not work in isolation. They often depended upon close, productive working relationships with Native individuals who served as collectors and cultural intermediaries. Their published works typically marginalized the intellectual contributions of Indigenous informants, but Bruchac’s research suggests that Native people exercised a great deal of agency. “Rather than simply handing over unfiltered data, most Native informants took an active role in shaping, creating the appetite for, and feeding the American hunger for Indian culture.”

Bruchac, an assistant professor of anthropology at the University of Connecticut, poses the question: “What happened when the thought-worlds of collectors and collected intersected?” She has been delving into multiple archives of unpublished correspondence to reconstruct the anthropologists’ discourse with Indigenous gatekeepers—including George Hunt (Tlingit), Gladys Tantaquidgeon (Mohegan), and Jesse Cornplanter (Seneca), among others—who “assisted, resisted, and otherwise complicated processes of ethnographic exchange.” Her book, under contract with University of Arizona Press, examines five long-term influential partnerships between anthropologists and Native informants as a means to reconstruct and revisit the moments when differing worldviews and value systems intersected.

Native gatekeepers sometimes took strategic advantage of economic or political opportunities, but anthropologists claimed control over shaping museum collections and representations. “The most intensive collecting came during an era when Native communities were struggling with forced relocation, education, and increased urbanization,” Bruchac notes. “By repositioning (if not altogether removing) Indigenous stories, objects, and traditions, anthropologists claimed to be advancing scientific knowledge, but in the process, they often alienated people from their own culture.”

While working on the book manuscript, Bruchac has used her time at SAR to pursue some regional research, resulting in unexpected discoveries. By tapping into the journals at the SAR library and the archives of the Southwest Museum, she uncovered additional data on the subject of one of her chapters, Bertha Yewas Parker (Abenaki/Seneca). The daughter of New York state archaeologist Arthur Parker and model Beulah Tahamont, Bertha moved west with the Tahamont family after her parents’ divorce. Mark Raymond Harrington hired Bertha as an assistant archaeologist and field secretary, shortly after marrying her aunt Endeka (Edna Parker). These two Native women proved to be gifted archaeologists in their own right, and their independent findings were featured in Harrington’s field notes and correspondence, and in their own publications for Masterkey, the Southwest Museum’s journal. Bertha also became one of the first ethnologists to contact Modoc, Pomo, and Yurok communities in California. Bruchac uncovered dense data on these activities, yet the contributions of these pioneering female Native American archaeologists are virtually unknown today.

In her book manuscript, Bruchac highights these complex relationships and connections to provide a unique window into the salvage anthropology enterprise that “allows us to see that kinship is as important as intellectual ownership,” and that gender, race, and position were neither as limiting nor as predictive as might be imagined. “Some Native people, like Arthur Parker, achieved success by distancing themselves from their Indigenous relatives; some anthropologists, like Mark Raymond Harrington, were almost seamlessly integrated into Indigenous kinship networks; and others, like William Fenton, policed a very sharp cultural and intellectual divide,” says Bruchac. The human dimensions of these encounters are preserved in oral histories of descendents of those early informants, and tapping this data is crucial to what Bruchac calls “reverse fieldwork.”

Bruchac also dreams about articulating this work in other iterations, as theatrical drama, documentary film, or other forms of creative writing. “One could, for example, reanimate scenes like the Indian Camp in New York City, Frank Covert’s antiquities shop, and Harriet Maxwell Converse’s salon as venues where scientific researchers, antiquities dealers, Native American artisans, and social activists converged and collided,” she says.

“By foregrounding the Indigenous voices and agency at the heart of the museum enterprise, this project intends to highlight the efforts of Native people who endeavored to ‘Indigenize’ American ethnography as a reciprocal exchange of knowledge, rather than the cannibalizing process it became,” Bruchac says. In addition, she hopes to “complete some conversations, initiated during the salvage era, that have not yet ended.”

For more information, read The Impact of Anthropology on Native American Culture.