SAR Curated. The Swimming Pool of 1926

Elizabeth and Martha White were not the kind of women to do anything by halves. Wealthy New Yorkers and world travelers who bought land in Santa Fe after their first visit in 1913, they named their estate El Delirio (what would eventually become the School for Advanced Research’s campus) and set about fostering lifelong relationships with the city’s cultural elite. They became known for their support of Native American artists and the burgeoning southwestern art market, their interest in anthropology and archaeology, and their lavish parties, which drew Santa Fe’s artists and intellectuals to their home. 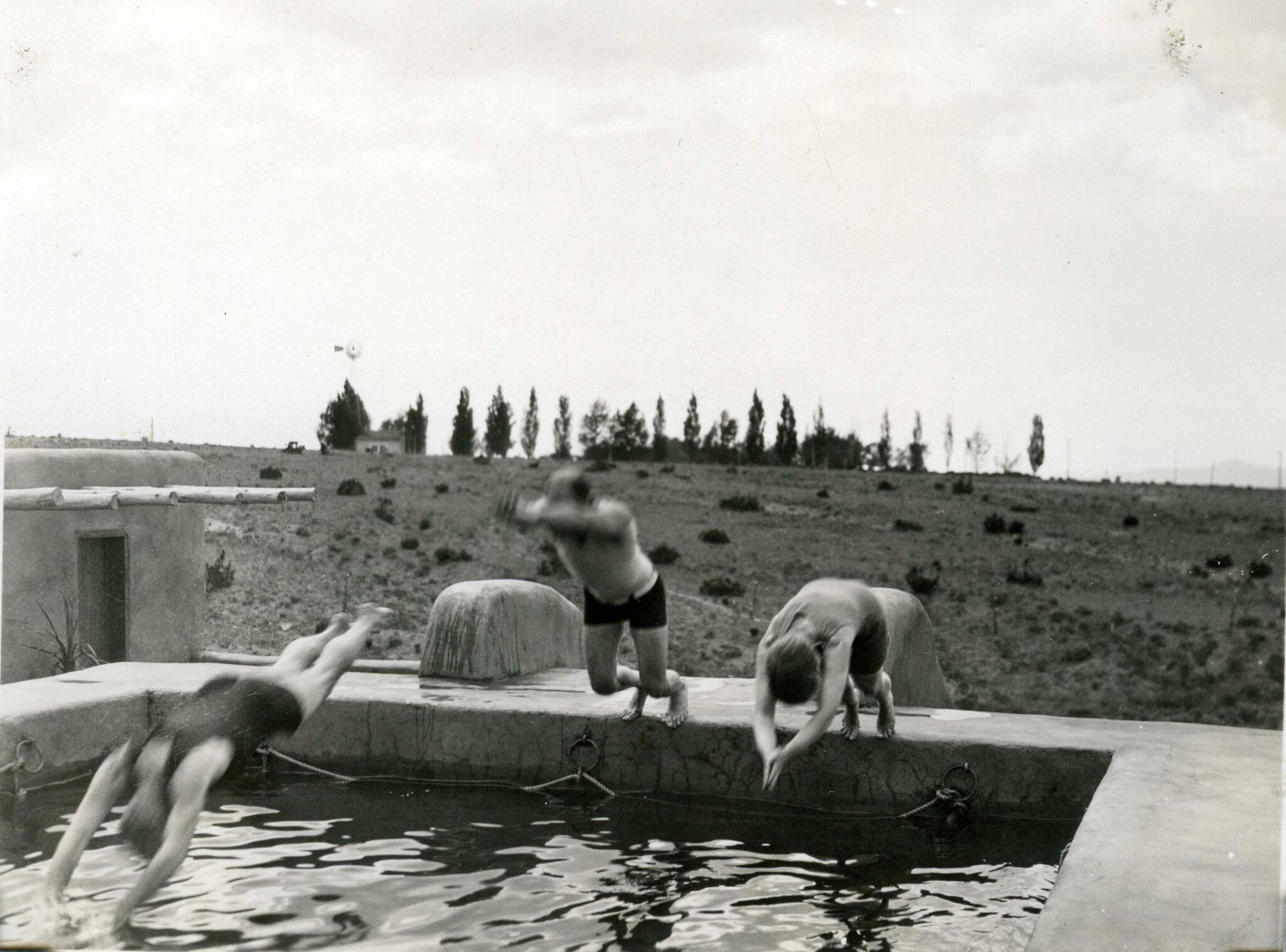 Guests diving into the swimming pool at El Delirio, ca. 1926.

One such party occurred in 1926, when the sisters built Santa Fe’s first swimming pool on their estate and dedicated it with their usual style. Earlier that year, they had visited the excavation of Mayanist Sylvanus Morley at Chichén Itzá on the Yucatán Penninsula. In July, with Morley’s help, they held a mock Maya ritual entitled “Ceremonial Sacrifice at the Sacred Well,” which cast the sisters as sacrificial virgins who would be thrown into the sacred pool before a crowd of friendly onlookers. 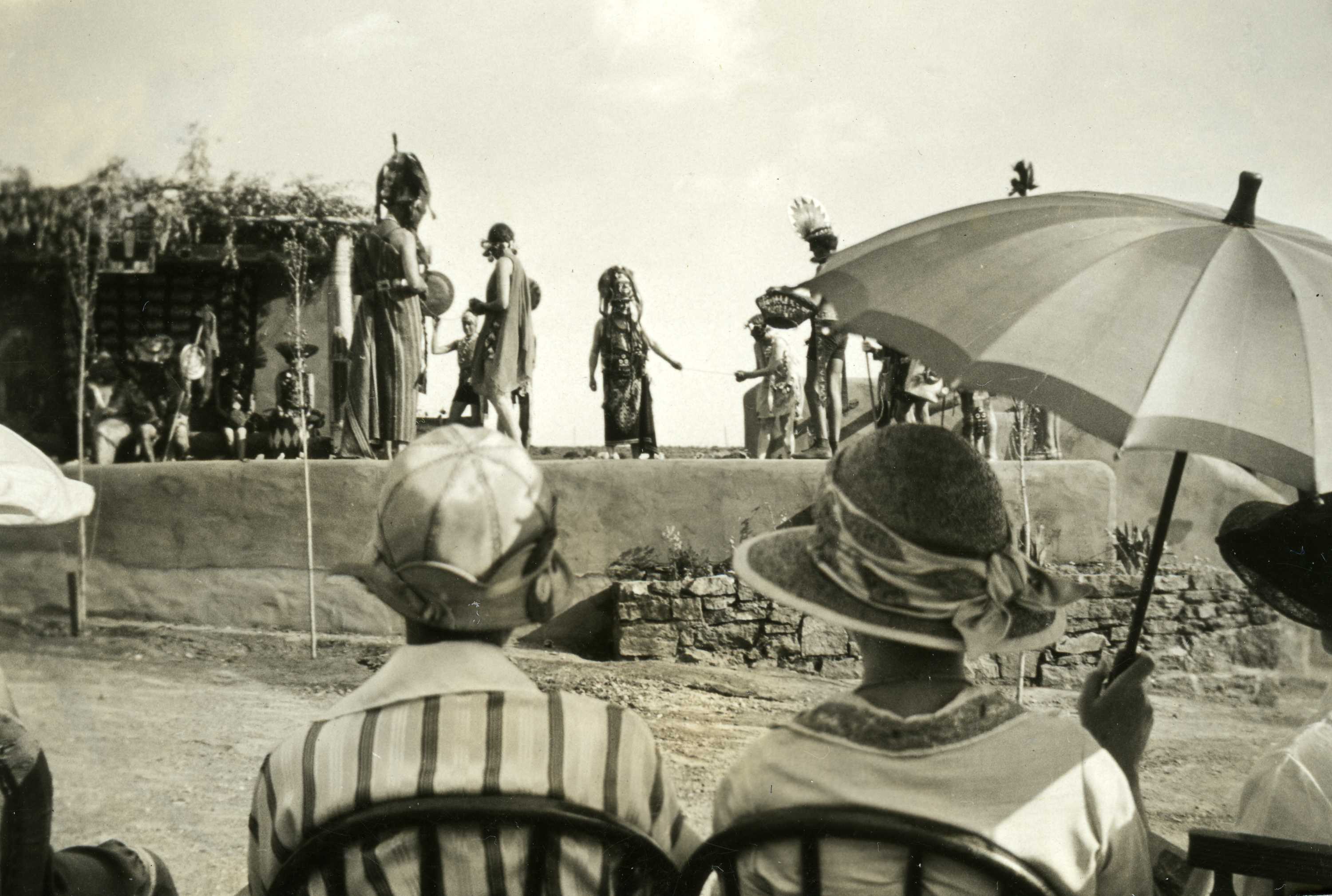 The participants dressed in full regalia of a type that exemplified their interests and aesthetic: a pastiche of everyday shoes and Mexican sandals, blankets worn as dresses, squash blossom necklaces, concha belts, feathers, ribbons, and kitchen tools worn as exotic regal accessories. They enacted their roles up to the point at which the White sisters were to be sacrificed. The sisters were spared, and two other willing victims were found and tossed into the water. 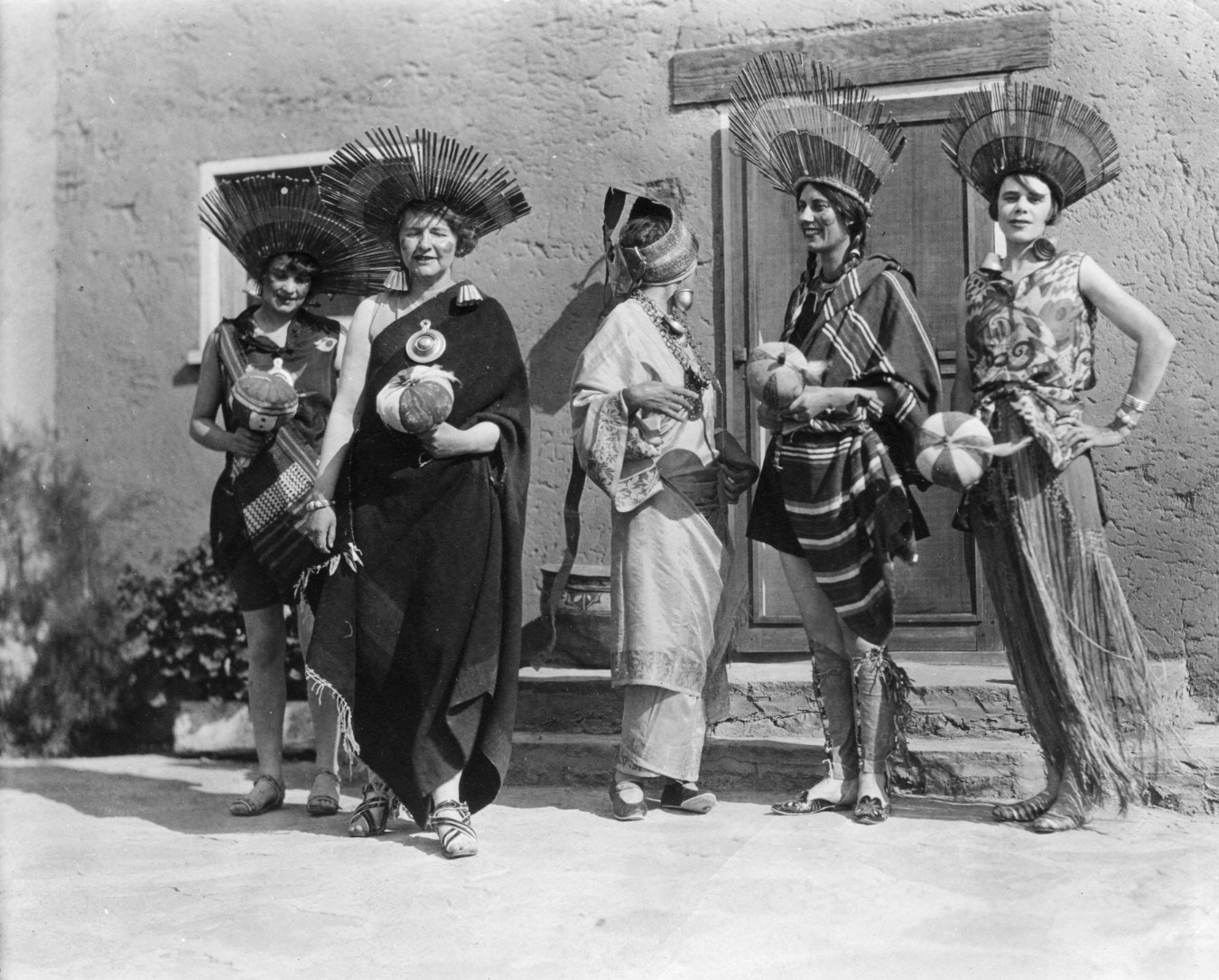 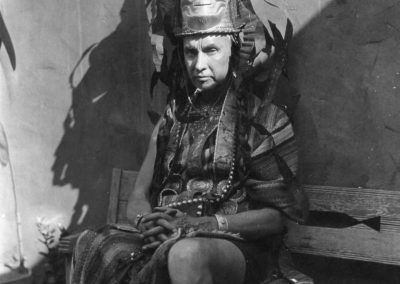 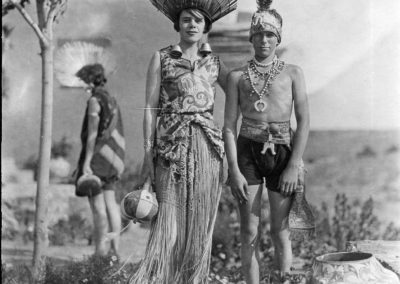 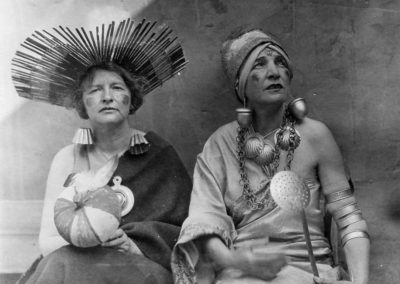 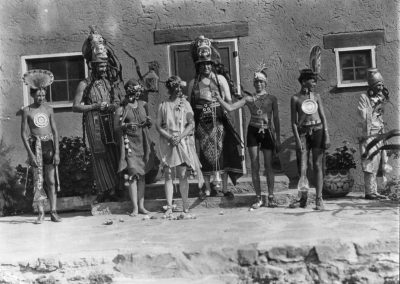 Many writers have described the contradictions of Santa Fe as a place with a deep—and sometimes invented—history. Henry Shukman believes that “what has set Santa Fe apart from all other American cities is not that it is old but the foresight of the decision to make it look old.” He calls Santa Fe a “kind of hoax, one that has been so successful, economically, architecturally and culturally, that the reality of its success has overwhelmed the pretense of its origins.” Did the White sisters buy into this hoax and trick their guests into believing that they were witnessing an ancient Maya ceremony? I doubt it. However, the sisters and their peers did seem to embody a kind of genius for “making it look old”—both at SAR and in Santa Fe at large—and for the transformation of pretense into lasting influence and success.

You can see the former site of the swimming pool, along with the other treasures on the SAR campus, by taking one of our historic estate tours.