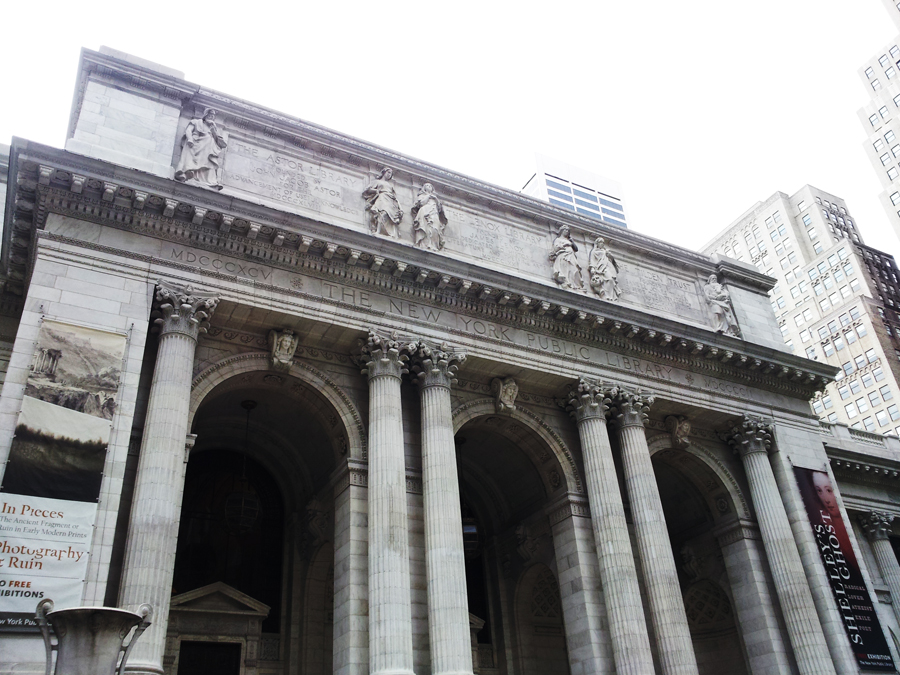 If you stand on the steps at the entrance to the New York Public Library and look up at the bust above the central arch, you will see the face of Martha White, one of the two sisters who bought and developed the property that would become the School for Advanced Research. In 1903 French Beaux arts sculptor Francois Tonetti—who contributed to the Alexander Hamilton US Custom House, the Library of Congress, and the fountain at the World’s Columbian Exposition—turned Martha’s likeness into an image of Athena that would adorn the keystone of the arch. Tonetti gave Martha’s sister Elizabeth a plaster cast of the sculpture so she could make copies of it, and that is why anyone wandering SAR’s historic campus today will see an almost identical bust on a gazebo that Elizabeth commissioned in 1949. 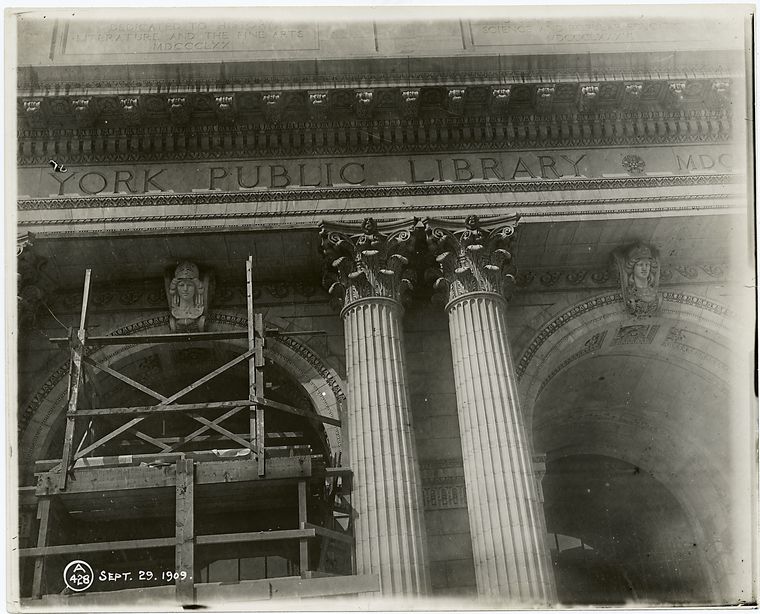 “Martha was so into dramatics,” Nancy Owen Lewis told me. Part of the SAR family since 1998, Lewis is SAR’s scholar-in-residence, as well as our resident expert on the history of the White sisters and their impact on SAR and the Santa Fe community. At Bryn Mawr, “Martha, I think, performed in every play they had.” She instigated the elaborate parties the sisters threw at their Santa Fe estate, El Delirio. “Martha . . . was the driving force and that’s why everything stopped after she died, for quite a while.” Elizabeth later placed Martha’s ashes in the memorial gazebo designed by architect and early proponent of Santa Fe style John Gaw Meem, though she now rests with her sister. 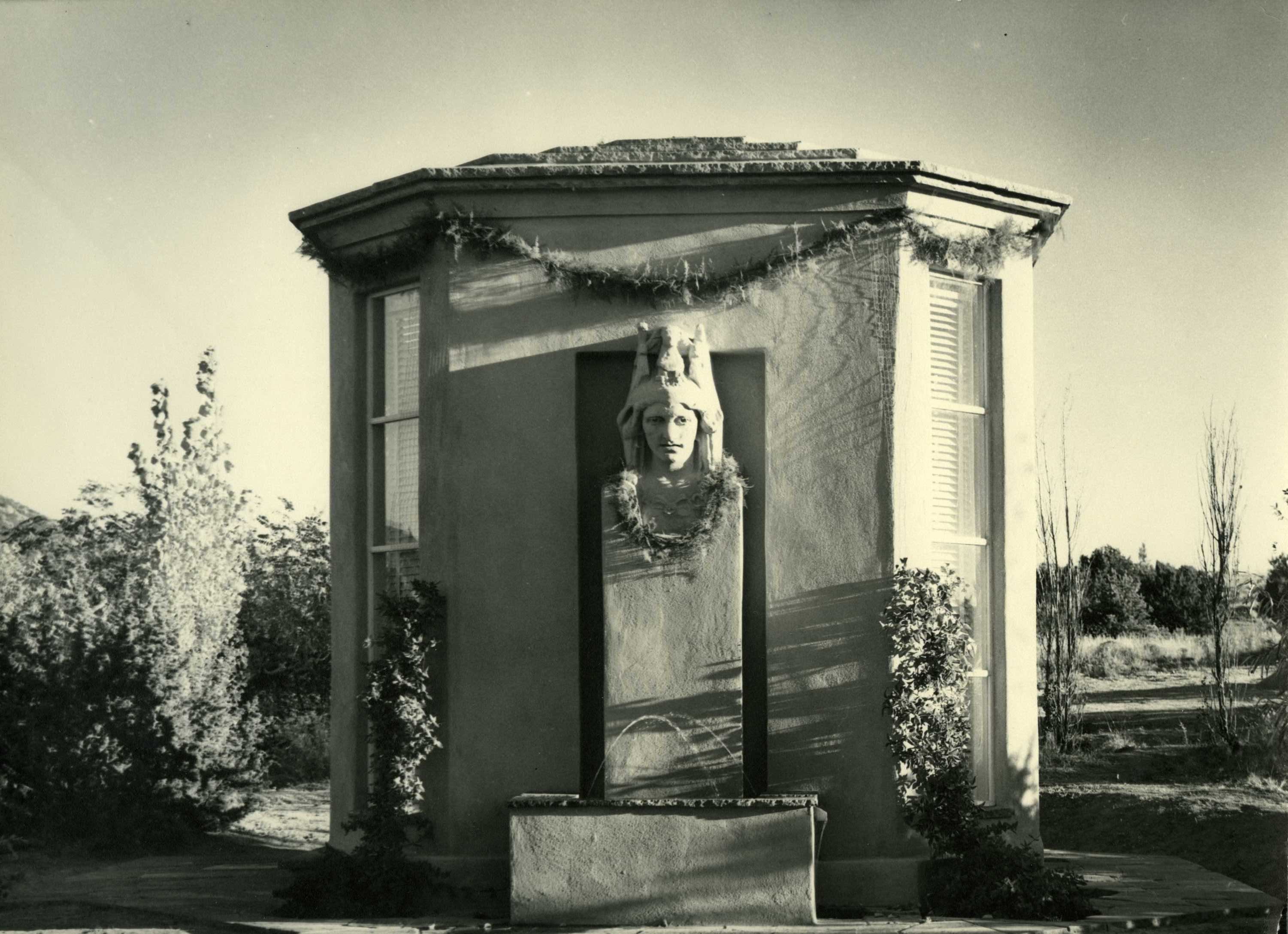 Because Martha died well before Elizabeth, she didn’t have as much influence on Santa Fe, “yet all the dramatic images are of her,” Nancy told me. When I asked why the sisters interest her, she said, “They’ve just intrigued me from the very beginning. They had a real social justice agenda. They came out here and promoted Indian art, not just as a craft but as an art.” The sisters traveled between Santa Fe and New York, developing the market for Native art so that artists would be able to sell their work. “Social justice [on the one hand] and let’s party on the other hand. These ladies did both.” 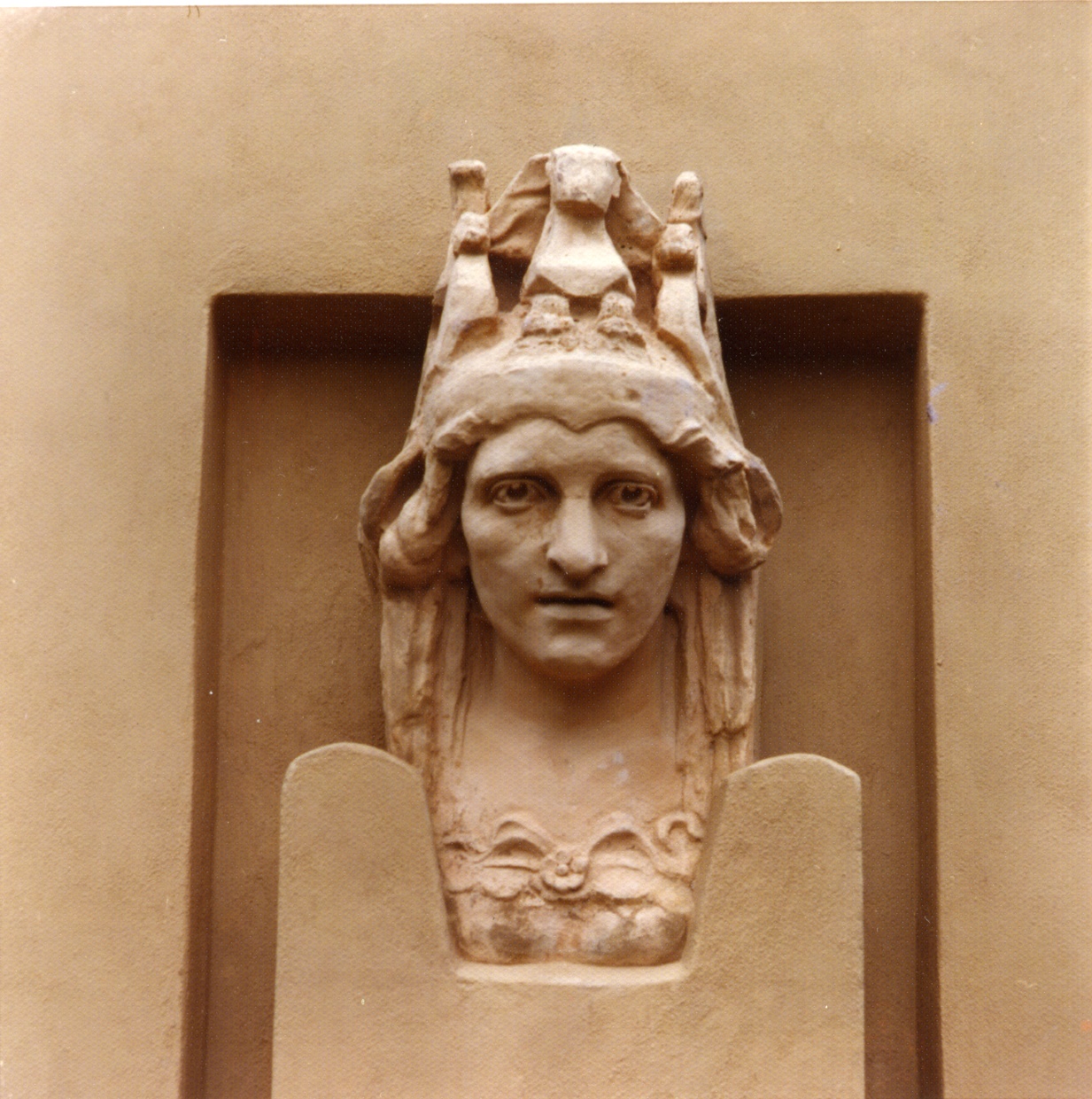 Detail of the sculpture on SAR’s campus.

Lewis believes that the figure on the head of Athena/Martha is a sphinx, a figure representing wisdom and mystery. “They left so many mysteries for us to solve, and it’s an unending source of fascination.”

You can see the sculpture of Martha, along with the other treasures on the SAR campus, by taking one of our historic estate tours.