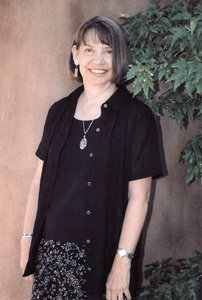 Nancy Owen Lewis, formerly SAR’s Director of Scholar Programs for 13 years, received her PhD in cultural anthropology from the University of Massachusetts and subsequently taught anthropology at the University of Alabama, Birmingham, and the University of Arkansas. In 1994, she received the Outstanding Leadership in Health Promotion Award from the New Mexico Department of Health. Two years later she was awarded a Robert O. Anderson Fellowship from The Lovelace Institutes, which enabled her to publish the first known study of drive-up liquor windows. She has presented numerous papers on this topic and currently serves on the City of Santa Fe Public Safety Committee. She is a fellow of the Society for Applied Anthropology and was named program chair for the 2017 SfAA Meeting in Santa Fe.

She recently completed a historical study of the impact of tuberculosis on New Mexico, which resulted in Chasing the Cure in New Mexico: Tuberculosis and the Quest for Health, published in 2016 by the Museum of New Mexico Press. She has also published five articles on this topic, including “High and Dry in New Mexico: Tuberculosis and the Politics of Health,” (New Mexico Historical Review 87, No. 2, spring 2012), which was named the winner of the 2013 Gilberto Espinosa Prize. Her other articles include “Chasing the Cure in New Mexico: The Lungers and their Legacy,” El Palacio 113 (4), winter 2008; “The Cure at the End of the Trail” In All Trails Lead to Santa Fe Anthology (Sunstone Press, 2010); “Washed Ashore at Fort Stanton: Healing Consumptive Sailors,” El Palacio, winter 2010; and “Adrift at Fort Stanton: Treating Consumptive Sailors,” in Sunshine and Shadows in New Mexico’s Past: The Statehood Era, 1912-2012, edited by Richard Melzer (Rio Grande Press, 2012). Another article, “Reviving the Santa Fe Fiesta: Edgar Lee Hewett and the Battle for Control,” was also published in that volume.

Other recent publications include A Peculiar Alchemy: A Centennial History of SAR, co-authored with Kay Hagan (SAR Press, 2007), which was named “Best Book in History” at the 2008 New Mexico Book Awards, and “Our Lady of Light: The Loretto Chapel,” Public Historian, Vol. 29 (4), Fall 2007. She has given numerous presentations on New Mexico history and serves as awards chair and second vice president of the Historical Society of New Mexico.