Cost per person:
$225 (Includes a $25 non-refundable tax-deductible donation to SAR)

Picuris Pueblo is one of the oldest continuously occupied settlement in North America, having been the home of a Tiwa-speaking community from the 10th century to the present day. Archaeological evidence suggests the pueblo grew rapidly during the 14th and 15th centuries, and Spanish colonial records demonstrate that by the end of the 16th century Picuris was a major trade center connecting the resident communities of the Rio Grande valley to Apache bison-hunters on the Plains. The Picuris built adobe constructions at least seven stories tall and boasted a population approaching 3,000. During the 18th century, however, the Picuris community sharply declined, obscuring its former prominence. After the Pueblo Revolt and Reconquista, when many retreated to Kansas rather than face De Vargas’ wrath, only 500 returned.

Spanish colonizer Juan de Oñate originally named the pueblo Pikuria—those who paint. Like those at Taos Pueblo, the people of Picurís were influenced by Plains Indian culture, particularly the Apaches. Over the past eight years tribal members have restored by hand the 200-year-old adobe church, San Lorenzo de Picurís, a focal point, located in the center of the pueblo.

Spend the day getting to know Picuris Pueblo, its history, and its people, with Dr. Severin Fowles, a 2014-15 Weatherhead Fellow at SAR. From ancestral ruins to the recently renovated church, our trip will also include a special tour led by members of the Pueblo of the not-yet-opened museum. We’ll have a delicious lunch prepared for us by members of the Pueblo and will have the chance to meet some of the youth council, who will perform a dance. 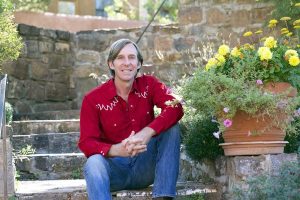 Dr. Severin Fowles is an archaeologist whose work examines the images, landscapes, countercultures, religions, indigenous worlds, and colonial histories of the American Southwest. He has directed various collaborative fieldwork projects in New Mexico: from excavations at a thirteenth-century Ancestral Pueblo village, to rock art surveys in the Rio Grande del Norte National Monument, to excavations at a Spanish colonial village, to excavations at a 1960s hippie commune. His work prioritizes collaborations with descendant communities, most recently with Picuris Pueblo, on whose behalf he is codirecting a new landscape survey of late precolonial agricultural systems, and with the Comanche Nation, the latter of which resulted in a recent PBS documentary on the tribe’s eighteenth-century rock art traditions.

His works include An Archaeology of Doings: Secularism and the Study of Pueblo Religion (SAR, 2013), The Oxford Handbook of Southwest Archaeology (Oxford, 2017), and numerous essays.

Activity Level: Low –  Moderate walking tour. The footing is secure and the hiking distances are short with some hills to climb. 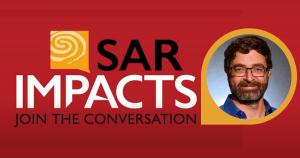 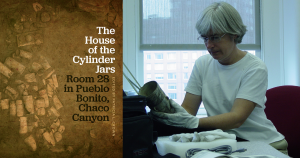 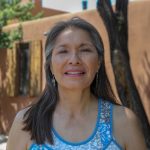