Thunder and light rain did not keep 100 stalwart gala guests from descending the stone steps to enter a white-tented world where they were warmly welcomed by enchanting floral tablescapes, bird songs of a flute, and handcrafted works by Native American artists for the Centennial Celebration of the Indian Arts Research Center collections at the School for Advanced Research on Saturday, June 18, 2022.

It began in 1922 with a broken pot in the living room of writer Elizabeth Shepley Sergeant, who came to Santa Fe at the urging of her friend Willa Cather. Concerned visitors to the southwest would scavenge whatever they discovered without regard to cultural and artistic significance, a group of Santa Fe anthropologists and creatives founded the Pueblo Pottery Fund. The glued-together broken pot became their first piece.

Over time, the collection grew, moving from the living room to a basement to the Laboratory of Anthropology on today’s Museum Hill in 1931 to its current home at the Indian Arts Research Center (IARC) in 1978. The collection now includes over 12,000 pieces of pottery, basketry, paintings, textiles, and other Native American art.

In 100 years, much has changed. Today, the IARC is a leader in collaborating with pueblos and local communities in the care and storytelling of its collections.

Gala guests were treated with a sneak preview video celebrating the IARC collections first traveling exhibition: Grounded in Clay: The Spirit of Pueblo Pottery, which incorporates 60 community curators in telling the stories of selected pottery and opens July 31.

Guests bid for the opportunity to spend an afternoon with Living Treasure Virgil Ortiz of Cochiti Pueblo. A private dinner for six inside the Billiard House on SAR’s campus, originally intended for one group, was popular enough to split into different evenings for four groups.

The silent auction included a micaceous redware bowl by Clarence Cruz, a freehand cut paper with painted verso by Ian Kuali’i, a small pottery bowl by Josie Kie, a small wedding vase made from Jemez clay by Dominique Toya, a micaceous coffee cup by Brandon Ortiz-Concha, a Pueblo sash by Louie Garcia, a necklace by David Gaussoin, a handwoven saddle cinch made from churro wool by Venancio Aragon, a Mesa Verde ladle by Lorraine Gala Lewis, a redware pot by Evone Martinez, original drawings by George Morrison, a custom designed garment by Shirley Pino, a cotton designer tote bag by Loren Aragon, and an acrylic painting by Gerry Quotskuyva. 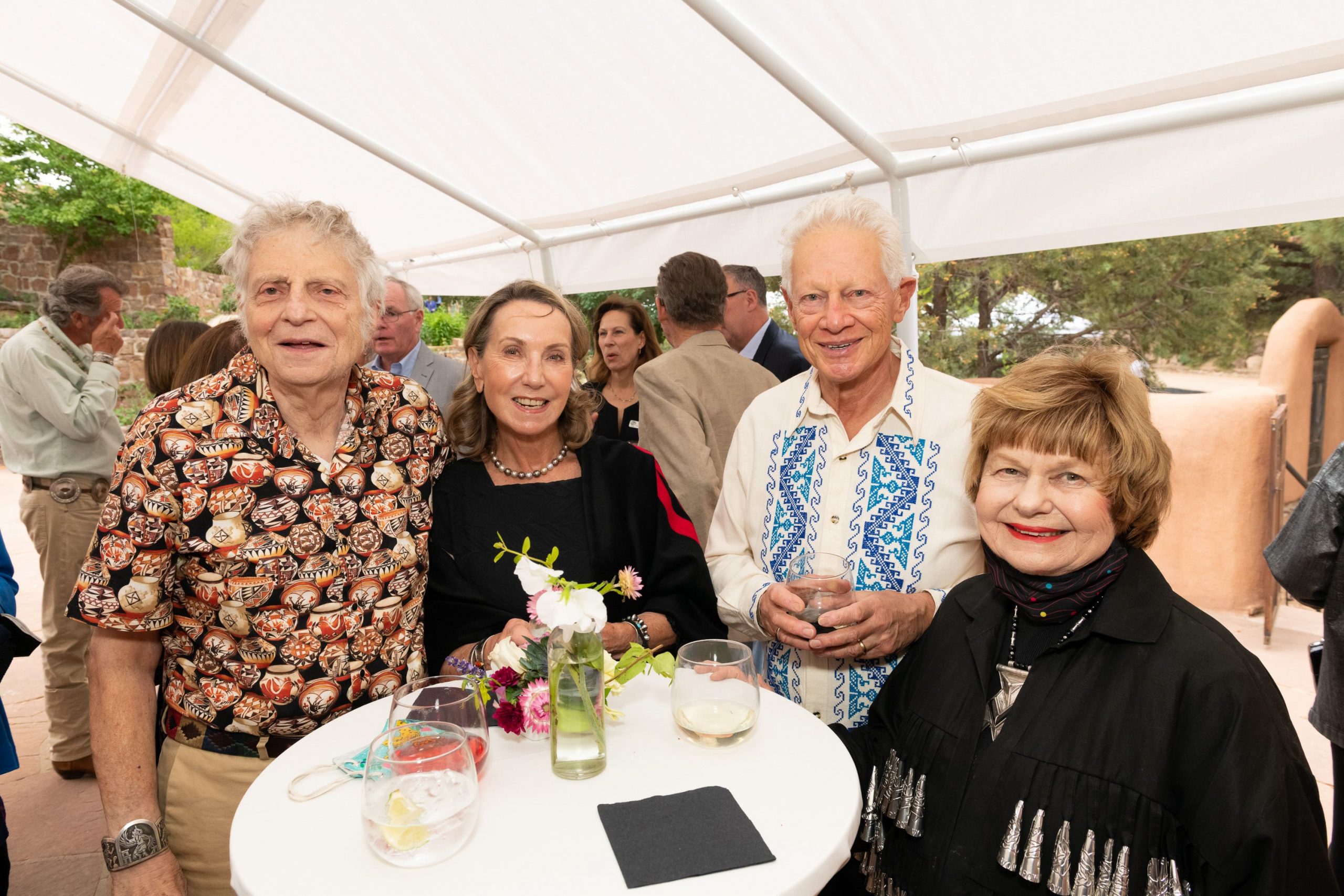 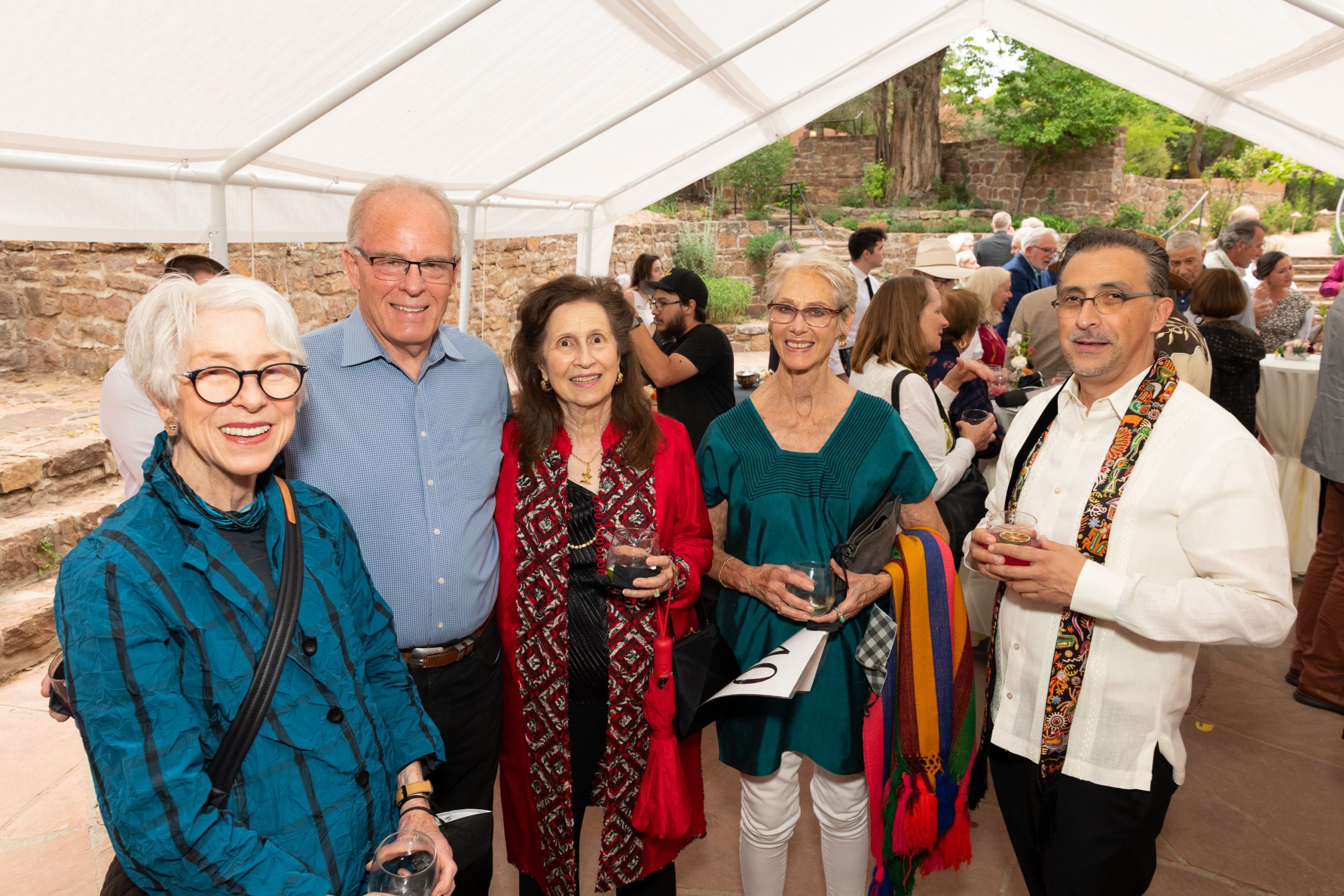 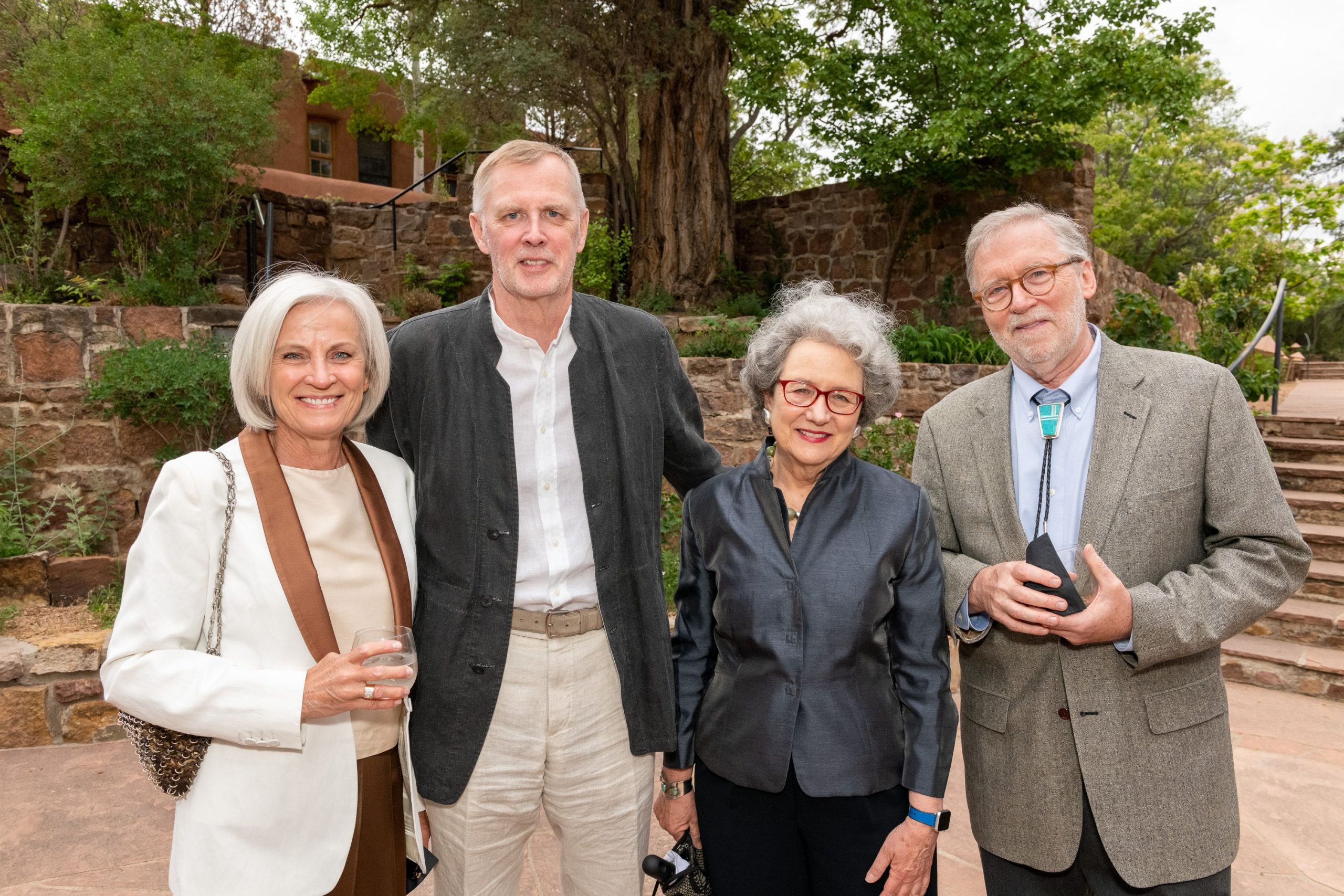 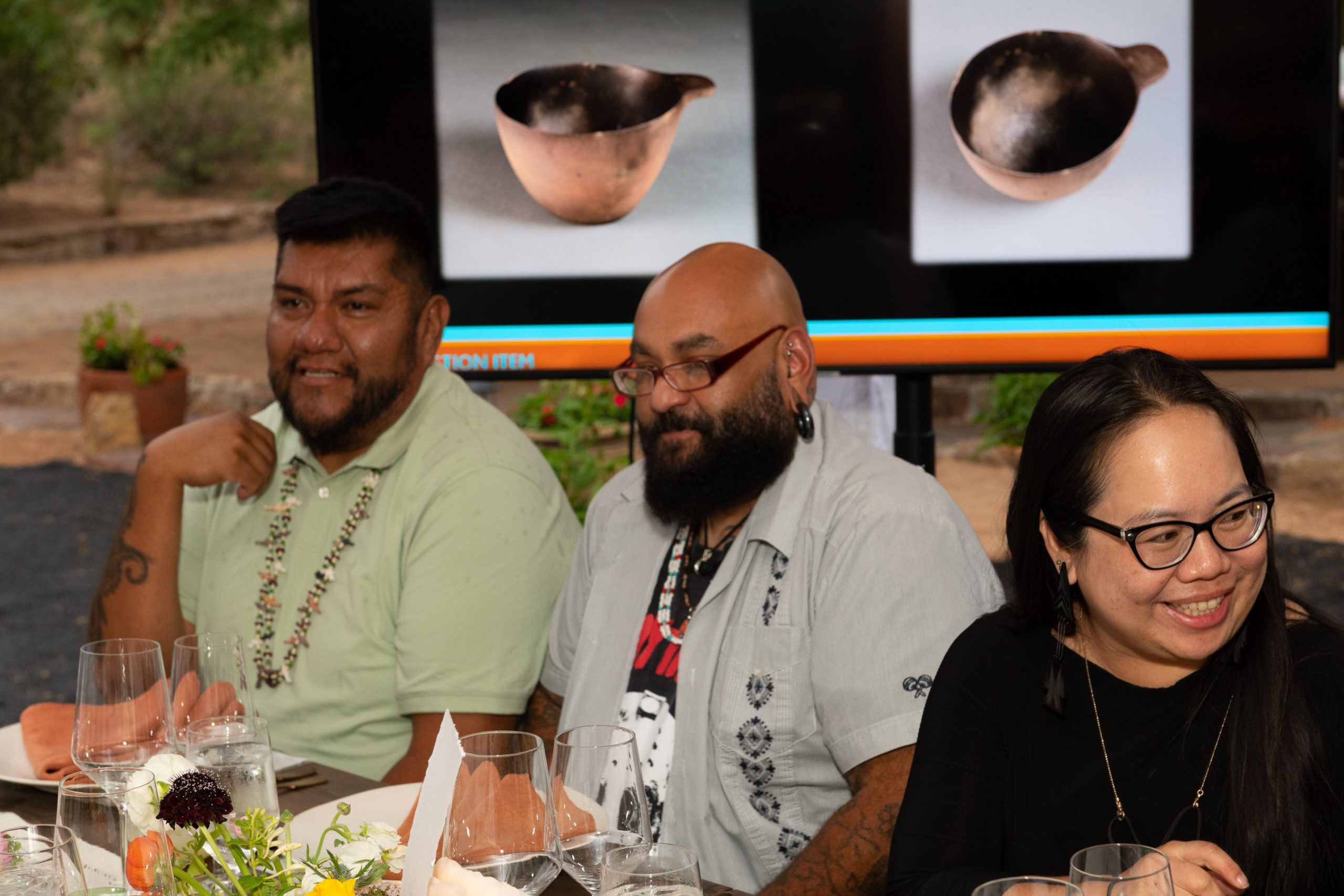 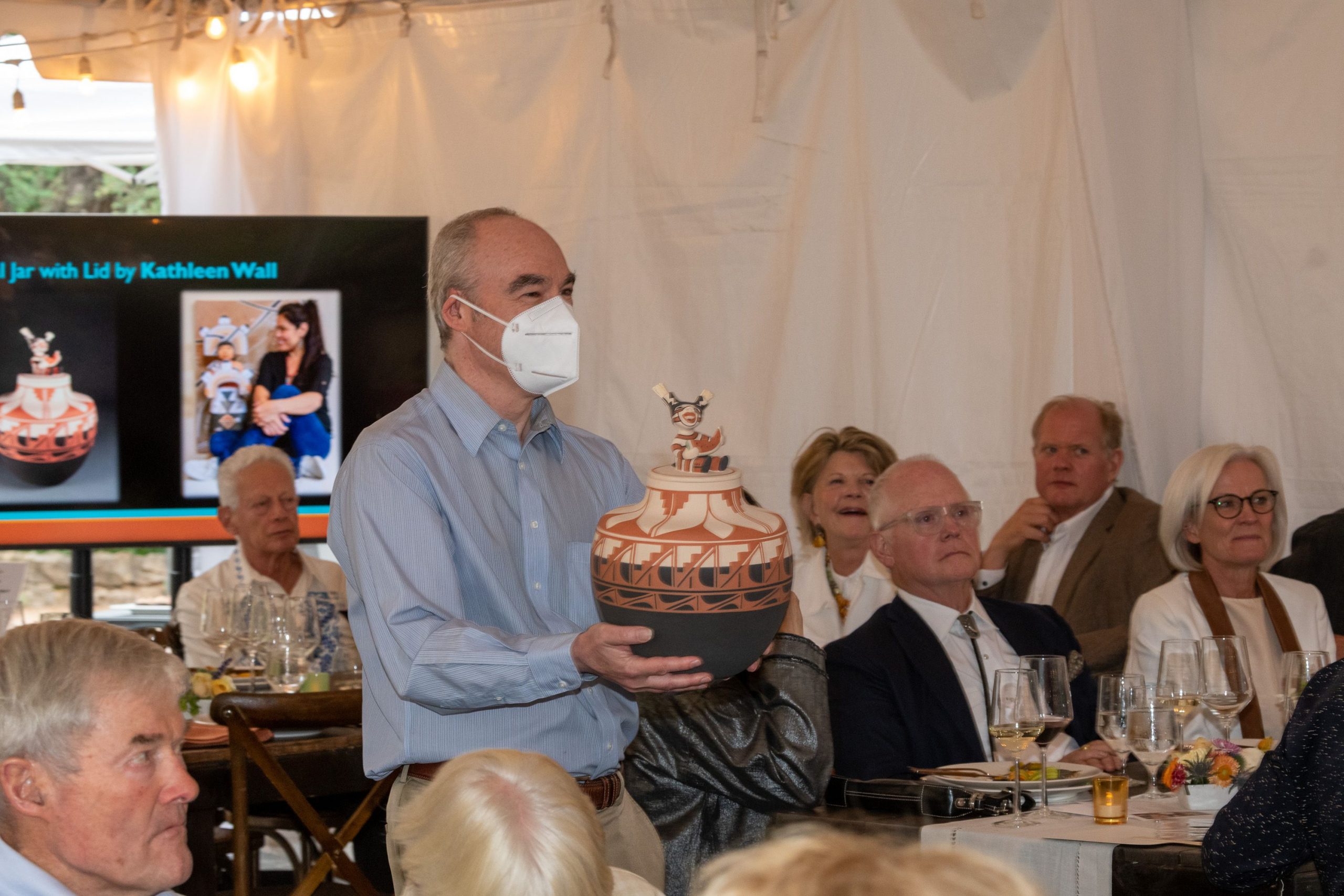 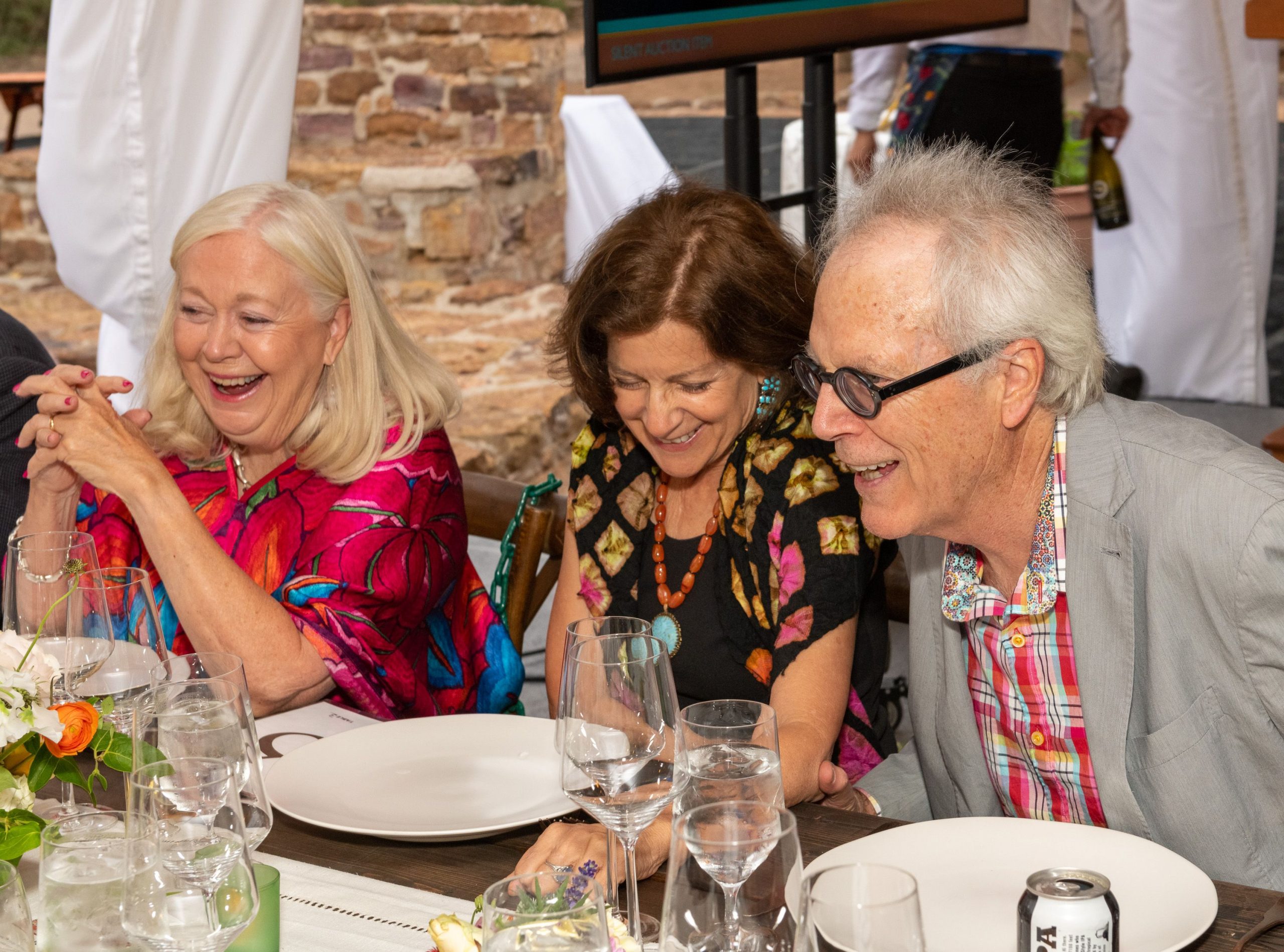 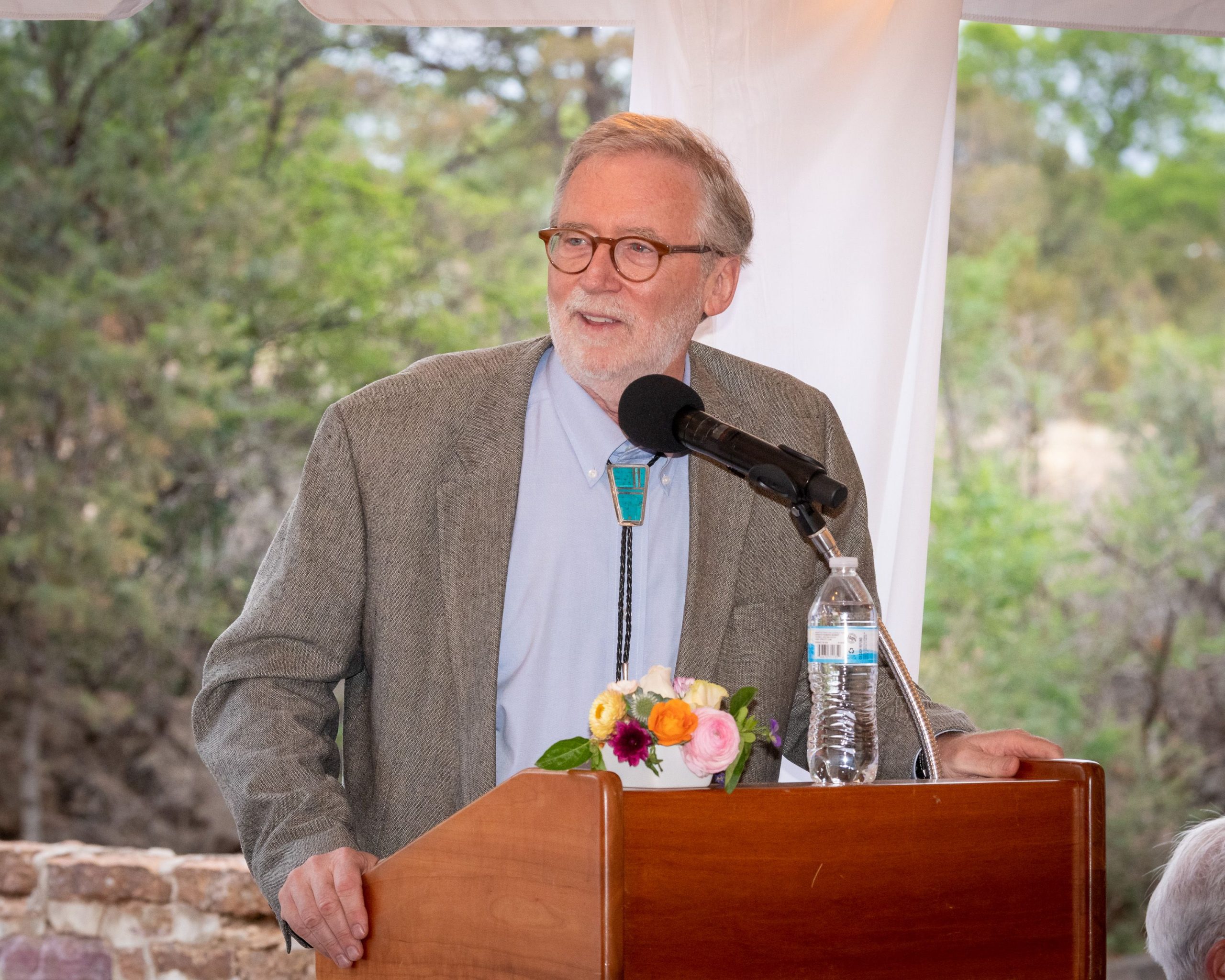 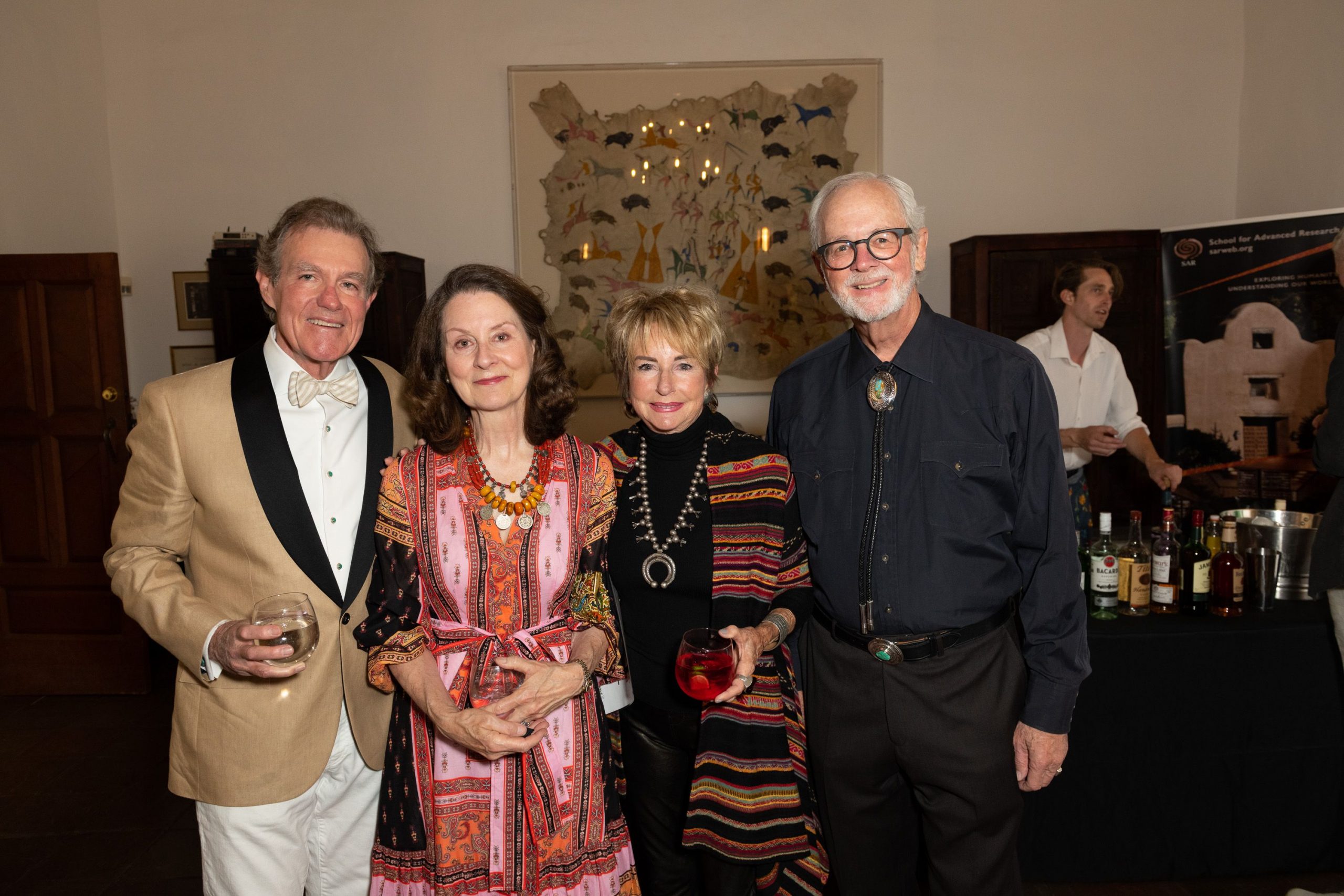 Thank you to our SAR community, our SAR Board of Directors, and all the sponsors who made the event possible. We are deeply appreciative of your support and successfully raised over $185,000, which will benefit SAR’s education and public programs. 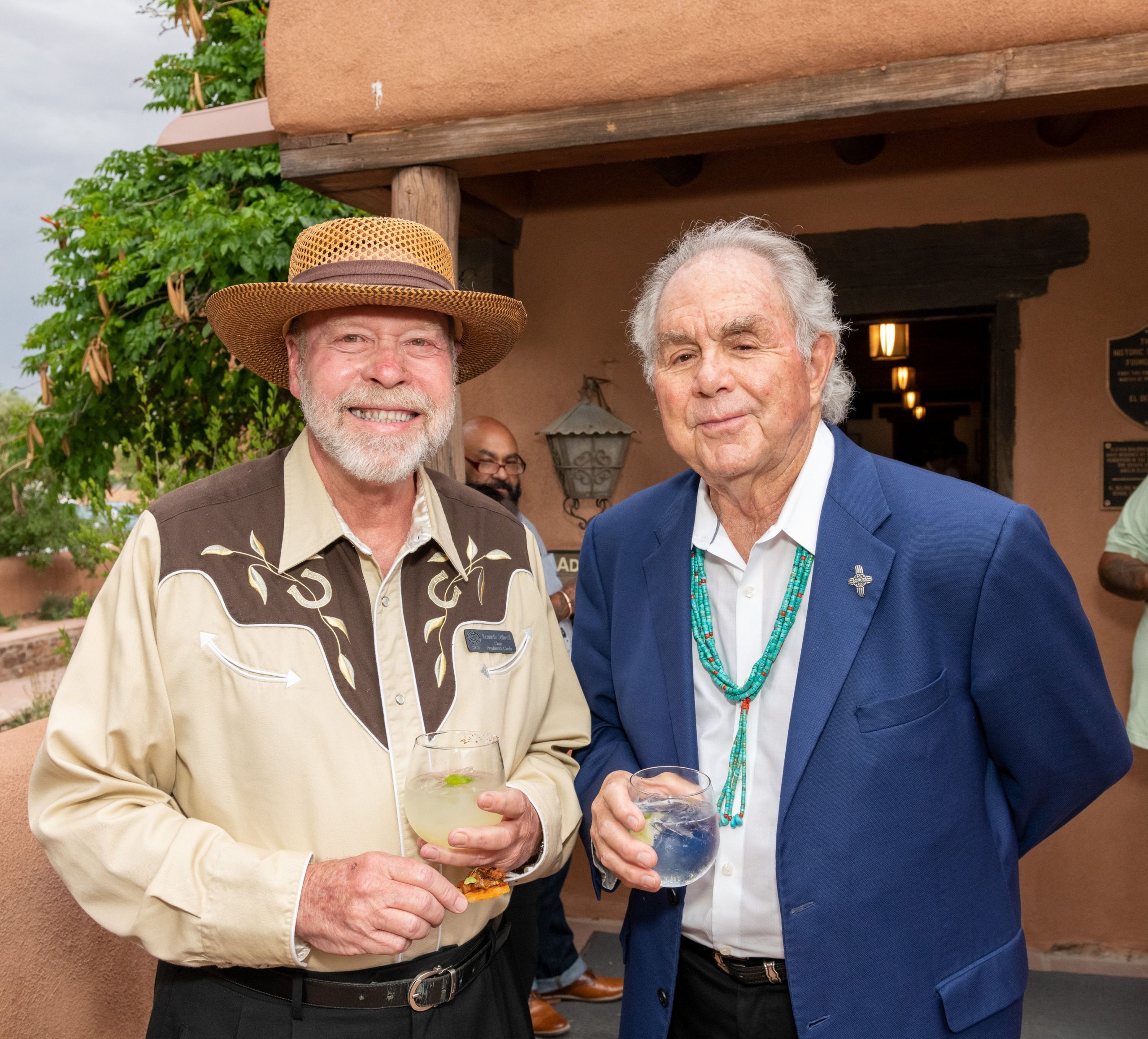 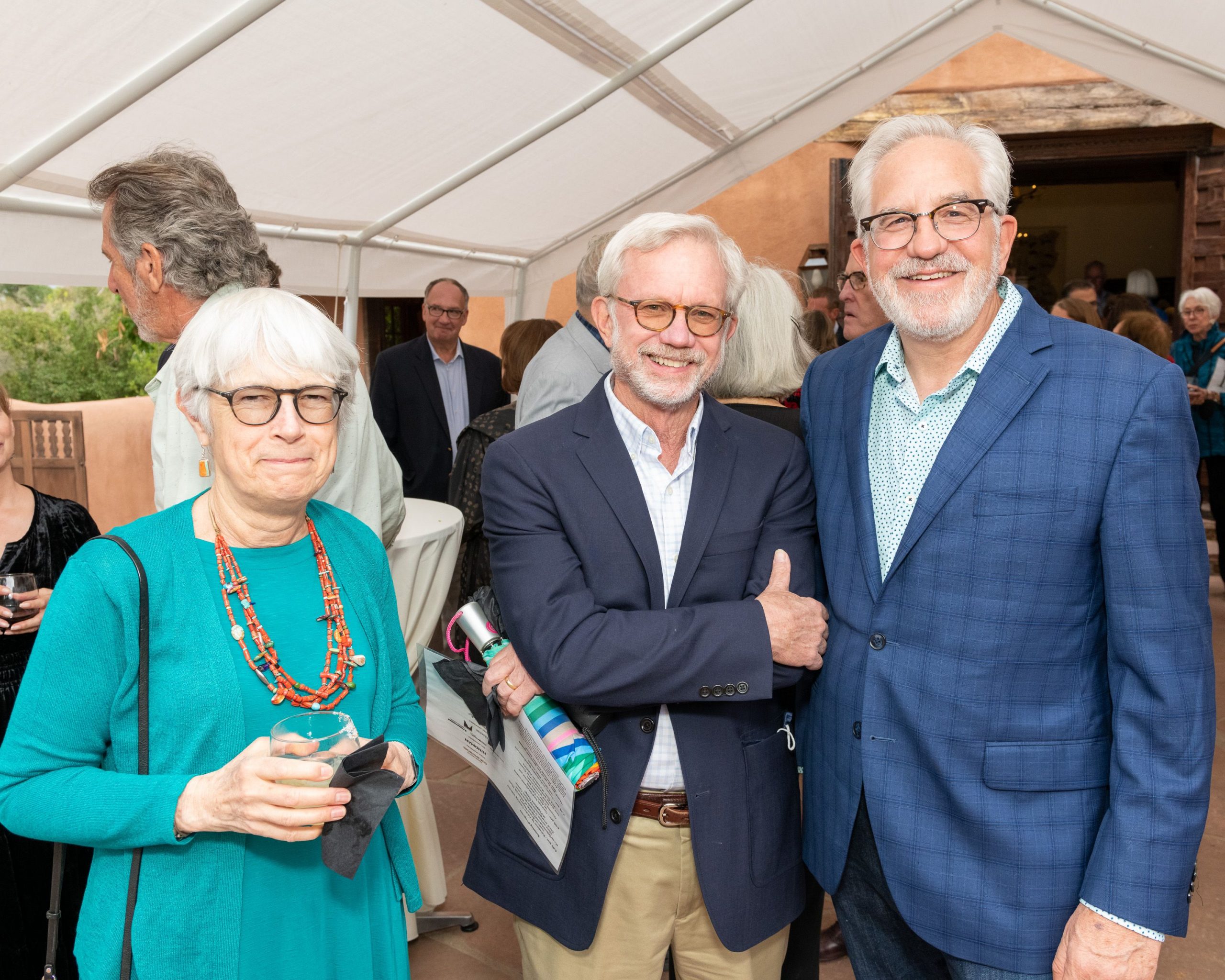 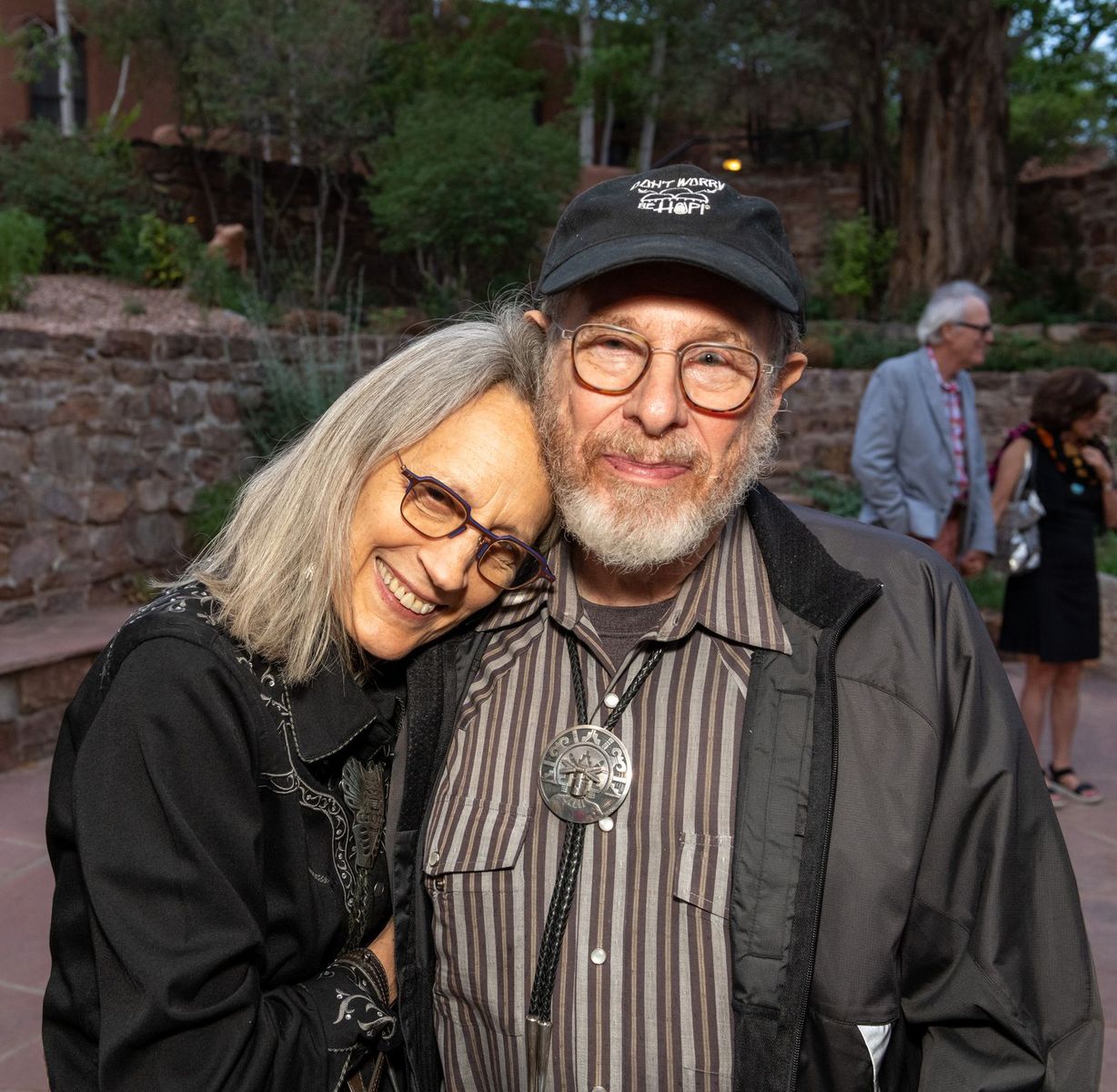