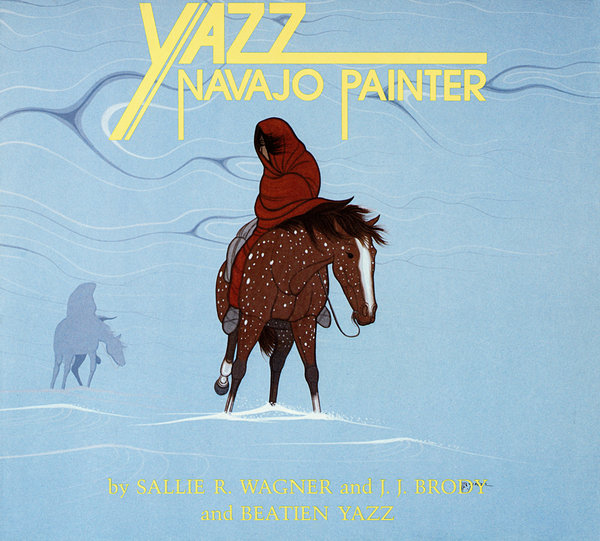 In life, as in art, perspective is everything, the basis from which experiences are evaluated. Yazz: Navajo Painter offers three perspectives on an artist who achieved fame early in his life and has continued to grow and create for the last forty years.

Beatien Yazz’s life and work are examined by Sallie Wagner, long-time friend; J. J. Brody, director of the Maxwell Museum of Anthropology, University of New Mexico; and Beatien Yazz himself.

Wagner offers a recounting of Yazz’s childhood and adolescence as well as some of the major struggles of his adult life. She approaches him with compassion tempered with clear-eyed realization of the problems he faced within himself. Brody gives an in-depth look at Yazz’s art and its development. Finally, Beatien Yazz considers his own life and records vignettes of experiences that were important to him. Yazz affords the reader a rare opportunity to know a Native American artist who is at once traditional and inventive, well known and obscure: an enigma in the larger mainstream American art world.