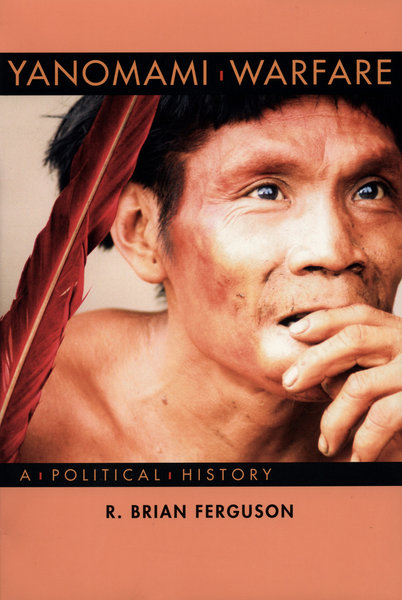 Generations of college students know the Yanomami as the example of “natural” aggression in human society. These reputedly isolated people have been portrayed as fiercely engaging in constant warfare over women, status, and revenge. Ferguson argues persuasively that the Yanomami make war not because Western influence is absent, but because it is present.

“Ferguson’s theory of infrastructural determinism will set the agenda for debate on the Yanomamö for years to come. It is a book that cannot be ignored.”
—Dr. Keith Otterbein, State University of New York, Buffalo

“Ferguson comes uncomfortably close to claiming my presence among the Yanomamö, especially between 1964 and 1970,‘caused’ the wars I described.”
—Dr. Napoleon Changon, American Anthropologist

“Yanomami Warfare is an awesome scholarly achievement …. This is a very important book, especially for everyone who has seriously read or written about the Yanomami, pondered the explanation of Yanomami warfare, or indeed been concerned with the explanation of warfare in general.”
—Marvin Harris, Human Ecology Vol. 24, no. 3 (1996)