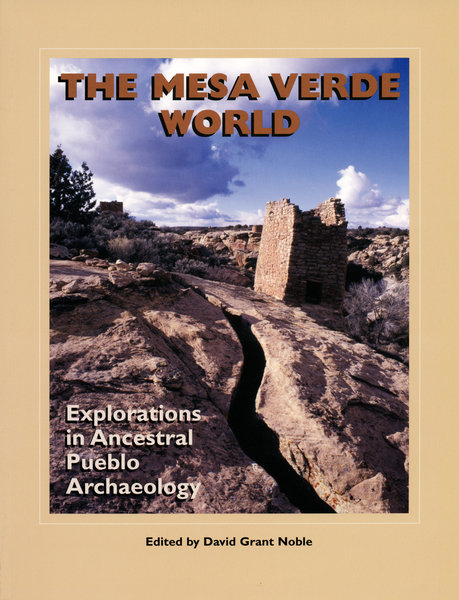 Mesa Verde, with its stunning landscapes and cliff dwellings, evokes all the romance of American archaeology. It has intrigued researchers and visitors for more than a century. But “Mesa Verde” represents more than cliff dwellings—its peoples created a culture that thrived for a thousand years in Southwestern Colorado and southeastern Utah. Archaeologists have discovered dozens of long-buried hamlets and villages spread for miles across the Great Sage Plain west and north of Mesa Verde. Only lately have these sites begun to reveal their secrets.

“This beautiful, well written, and informative book is the most recent offering of the SAR (School for Advanced Research) Press within its popular Southwest Archaeology series … Although the book is written to engage a nonprofessional audience, the career archaeologist will also find this collection useful because it gathers together in a single publication what researchers active in the Mesa Verde region believe to be the most important topics and contemporary interpretations about this archaeological area… David Grant Noble’s gift for anticipating what interested readers want and need to know … clearly shines forth in this collection.”
—Carla R. Van West, Kiva Vol. 72, no. 4 (Summer 2007)