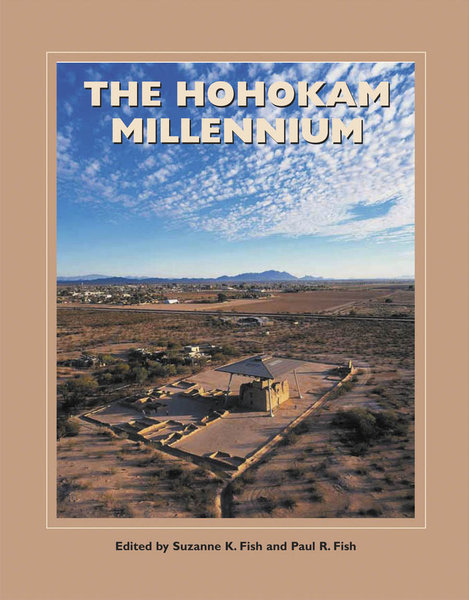 For a thousand years they flourished in the arid lands now part of Arizona. They built extensive waterworks, ballcourts, and platform mounds, made beautiful pottery and jewelry, and engaged in wide-ranging trade networks. Then, slowly, their civilization faded and transmuted into something no longer Hohokam. Are today’s Tohono O’odham their heirs or their conquerors? The mystery and the beauty of Hohokam civilization are the subjects of the essays in this volume. Written by archaeologists who have led the effort to excavate, record, and preserve the remnants of this ancient culture, the chapters illuminate the way the Hohokam organized their households and their communities, their sophisticated pottery and textiles, their irrigation system, the huge ballcourts and platform mounds they built, and much more.

“The Fishes are to be commended for concisely organizing a diverse array of viewpoints relevant to many of the major themes predominant in Hohokam archaeology. Although it is intended for popular audiences, professional archaeologists will undoubtedly find the text useful as an overview of current interpretations. . . . In total, . . . The Hohokam Millennium is a superbly organized and edited volume that should engender increased popular interest in the prehistory of Southern Arizona.”
– Matthew Pailes, University of Arizona, Kiva, Summer 2009

“The word huhugam means something that is all gone, such as food or when something disappears. Huhugam is used to refer to those people who have disappeared. Who really knows who they were or what happened to them? Did they really all die off, as some theories say, or did all or some of them remain to be the forefathers of the modern-day Tohono O’odham? Today we are here, the Tohono O’odham, and we do not know how far our past generations go back in time. We just say that we go back to the Huhugam. We are here today, but we know that some time in the future we will also be called the Huhugam.”
— Daniel Lopez