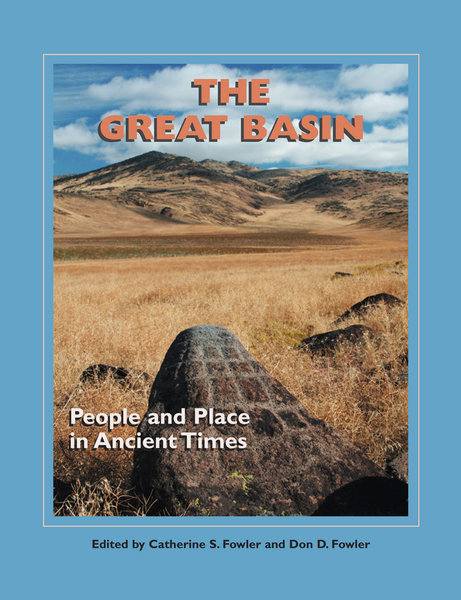 People and Place in Ancient Times

This book is about a place, the Great Basin of western North America, and about the lifeways of Native American people who lived there during the past 13,000 years. The authors highlight the ingenious solutions people devised to sustain themselves in a difficult environment. The Great Basin is a semiarid and often harsh land, but one with life-giving oases. As the weather fluctuated from year to year, and the climate from decade to decade or even from one millennium to the next, the availability of water, plants, and animals also fluctuated. Only people who learned the land intimately and could read the many signs of its changing moods were successful. The evidence of their success is often subtle and difficult to interpret from the few and fragile remains left behind for archaeologists to discover. These ancient fragments of food and baskets, hats and hunting decoys, traps and rock art and the lifeways they reflect are the subject of this well-illustrated book.

“Catherine and Don Fowlers’ edited volume offers 19 short chapters by knowledgeable researchers about how people lived in this challenging environment. The topics range from the region’s paleo-environments and its early peopling, to the Archaic period, to the Fremont culture and their rock art. While focusing on archaeology, many of the authors use ethnology to flesh out their interpretations of the uses and meanings of Great Basin artifacts and landscapes. The book contains gorgeous color photos and excellent maps and illustrations.”
—Tamara Stewart, American Archaeology, Summer 2009

“The story of how the prehistoric people of the region lived in this dynamic landscape is indeed fascinating….The book is in a well-illustrated format designed for the educated lay person. Authored by senior and well-respected researchers, the chapters are nonetheless almost jargon-free and intended to be read by non-specialists. Articles include an overview and introduction, two backgrounds to the unique environment of the region, a brief history of cave archaeology in the Great Basin, several overviews to the archaeology of various time periods and places, and focused chapters on particular types of prehistoric occupations (high altitude, marsh sites, Range Creek Canyon, the Tosawihi toolstone quarries in Nevada).”
—Matthew T. Seddon, SWCA Environmental Consultants

“This is a refreshing compilation of new articles by today’s foremost authorities on Great Basin archaeology. Especially appealing to me are the essays that topically address prehistoric manufacturing technology….I am particularly grateful to have this group of articles for reference.”
—Amy Gilreath, Far Western Anthropological Research Group, Las Vegas, California Archaeology, vol. 2, num. 2, December 2010