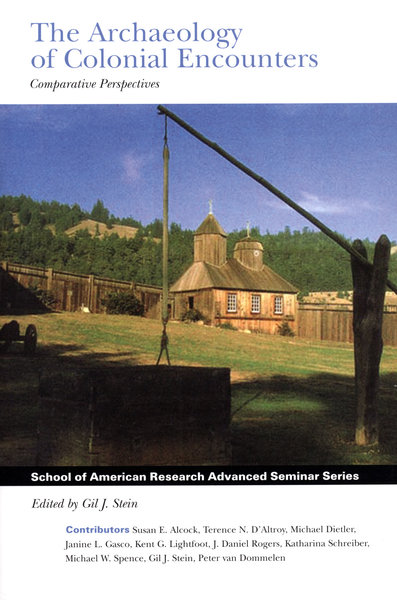 The Archaeology of Colonial Encounters

Colonialism and its legacies have emerged as one of the most important research topics in anthropology. Indeed, we now understand that colonialism gave rise to and shaped the discipline. However, the understanding of colonization in anthropology, history, and other fields derives largely from studies of European expansion. In this volume, ten archaeologists analyze the assumptions that have constrained previous studies of colonialism and demonstrate that colonization was common in early Old and New World state societies—an important strategy by which people gained access to critical resources.

“There is much interest in colonialism at the moment and thus a great need for this book…. [It] will be read with benefit by all those interested in archaeology and colonialism.”
—Dr. Chris Gosden, Pitt Rivers Museum Research Centre

“This volume is a valuable contribution to the study of ancient states and empires…. The focus upon colonies is particularly welcome since it moves beyond sterile typological debates.”
—Dr. Robert Preucel, University of Pennsylvania

“This volume is a timely contribution to the anthropological study of colonialism, and it would be an excellent addition to the syllabus of any class examining colonialism – in ancient or modern contexts.”
—Matthew Liebmann, Journal of Anthropological Research

“What is striking about The Archaeology of Colonial Encounters, and makes it very interesting for non-archaeologists, is the extent to which archaeologists are aware of the debates that are taking place in social and cultural anthropology and are prepared to engage in them.”
—Natacha Gagné, Reviews in Anthropology