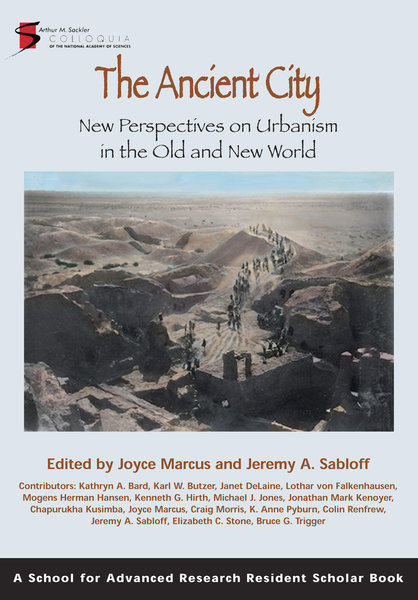 New Perspectives on Urbanism in the Old and New World

Edited by Joyce Marcus and Jeremy A. Sabloff

Cities are so common today that we cannot imagine a world without them. More than half of the world’s population lives in cities, and that proportion is growing. Yet for most of our history, there were no cities. Why, how, and when did urban life begin? Ancient cities have much to tell us about the social, political, religious, and economic conditions of their times—and also about our own. Ongoing excavations all over the world are enabling scholars to document intra-city changes through time, city-to-city interaction, and changing relations between cities and their hinterlands. The essays in this volume—presented at a Sackler colloquium of the National Academy of Sciences—reveal that archaeologists now know much more about the founding and functions of ancient cities, their diverse trade networks, their heterogeneous plans and layouts, and their various lifespans and trajectories.

“The…book is informative and authoritative….The editors review much literature on the study of cities, especially four models of cities developed by the University of Chicago sociologists working in the 1920s and 1930s.”
—Norman Yoffee, Reviews in Anthropology, vol. 38, issue 4, 2009