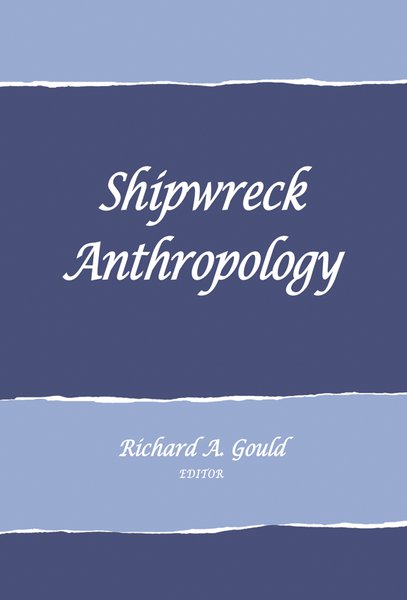 Edited by Richard A. Gould

“Shipwrecks are part of the legitimate domain of anthropology and can produce results that are as significant for our ability to explain variability in human behavior as any other kind of archaeology, whether it deals with stone tools in a European Paleolithic rockshelter or ceramics contained in a sixteenth-century Spanish shipwreck.” So argues Richard A. Gould, the editor of this volume originating from a 1981 School of American Research advanced seminar.

Historical, classical, and anthropological traditions in archaeology are all represented, as are more specialized approaches—such as ethnoarchaeology, experimental archaeology, and public archaeology—in the attempt to determine how the study of shipwrecks can inform and enlarge upon our general view of man’s relationship to his maritime environment. With the field in a period of transition, the appearance of this compendium is especially timely. Important trends in shipwrecks as anthropological phenomena are identified and prime considerations for further work are laid out.

While the old stereotype of the shipwreck archaeologist as a sport diver or a treasure hunter has been dispelled forever, all the contributors recognize the threat to future study that treasure hunters pose. As this volume shows, the wealth of anthropologically useful information that could be lost is enormous.