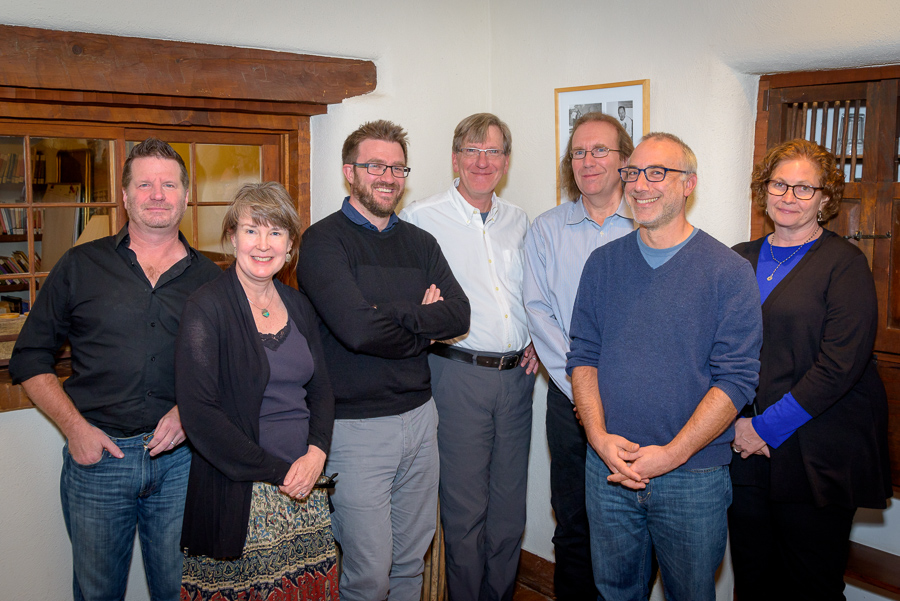 With the support of the School for Advanced Research and the John Templeton Foundation (grant 51485), a group of eight internationally renowned archaeologists met at the School for Advanced Research for a three-day seminar.  The stated purpose was to develop a new understanding of the causal relationships between early religions, urbanism, affects, and sensory experience. The working theory holds that urbanism and religion are inseparable aspects of a particular way of being in the world that has dramatically altered both human history and humanity.  Seminar co-chairs Dr. Susan Alt and Dr. Timothy Pauketat organized the gathering to do two things simultaneously: (1) to apply newer “relational” and “new materialist” approaches to early urbanism and religion, and (2) ground those approaches in a comparative archaeological synthesis that covers the globe.

Questions discussed at the seminar included:

Discussions of these questions led participants to reevaluate their ability to think of religion as something separate from urbanism. In the end, they treated religion as a particular mode whereby people and other-than-human or cosmic forces co-mediated each other. Likewise, discussions about urbanism found all participants promoting explanations of the rise and fall of ancient cities that involved more than human agency. This was done by recognizing the potential causal priority of materials, substances, and phenomena. For example, in discussions, stone and water emerged as fundamental forces of nature through which people related to each other, to the landscapes of memory, and to geological and climatological factors that one usually analyzes as external to urbanism. Such factors were understood to be part and parcel of urbanism. Such things as stone and water, whether in the Altiplano of Bolivia, the East African coastline, or the rugged uplands of Assyria, intimately mediated human movements through time and across space in history-making ways.

Seminar participants left SAR intending to continue the conversation by organizing follow-up meetings.  Drs. Alt and Pauketat planned on gathering the seminar papers to edit a volume for publication.