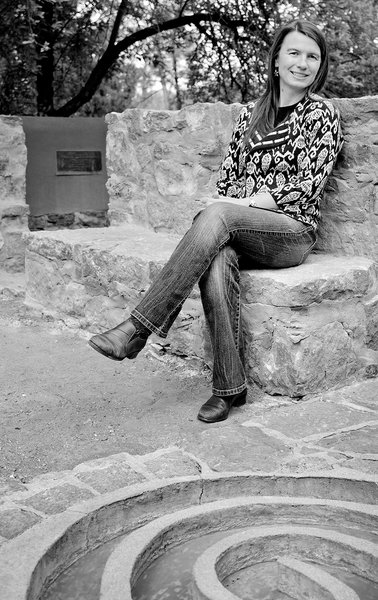 The Eco-Cultural Revitalization of the Southern Paiute Salt Song Trail

In 2000, when Melissa Nelson began working with the Southern Paiute people to preserve and document their sacred Salt Songs, “there were very few singers left who knew the whole song cycle,” she recalled. Only about five elders remained who knew the ancient cycle of approximately 142 songs that describe the thousand-mile journey of the Salt Song Trail, a path that moves through California, Utah, Arizona, and Nevada where the thirteen bands of the Southern Paiute people live. “Along the trail are historical and sacred sites, ancient villages, hunting grounds, burial grounds, and gathering places for salt and medicinal herbs,” said Nelson.

As part of the grieving and healing process, the songs are sung at funerals, memorials, and wakes. “When a loved one departs from the physical world, they travel on a spiritual journey; the songs describe that journey on a spiritual trail. So these songs are traveling songs and serve as a comfort and support for the person who passes on,” Nelson said, “but they’re also a healing for the family members who are left behind.” An important dimension of the Salt Songs emerged when Paiute elders conducted historic ceremonies to honor and release the spirits of Indian children who died at two government boarding schools in the late nineteenth and early twentieth centuries. During this time, Native America experienced the systematic, forced removal of Indian children from their families and reservations to institutions far from home, and some of the children never returned. “The Salt Song singers regard the songs as a rite of passage; a way to heal from historical trauma,” Nelson said, noting that although there has been substantial research into inter-generational trauma and grief, “there’s much less work being done about inter-generational healing. That is what I see the Salt Song Trail Project doing.”

As the director of the Cultural Conservancy, Nelson has collaborated for more than a decade with the Salt Song Trail Project founded by Vivienne Jake (Kaibab Paiute) and Matthew Leivas, Sr. (Chemehuevi) and TCC project director Philip Klasky. They have produced digital audio recordings, award-winning films, media trainings, a cultural map, oral histories, and numerous articles and essays about the Salt Song Trail. “It’s time to take a step back and reflect a bit more on the richness, diversity, and range of things we’ve already done,” Nelson said. “I want to contextualize the Salt Song Trail Project research within a larger body of scholarly work on the Southern Paiute done by scholars such as Edward Spicer, Isabel Kelly, Richard Stoffle, Catherine Fowler, and Carobeth Laird, but most importantly, focus on the tribal scholars themselves, the Salt Song singers’ narrations.”

In her book, Nelson is developing her perspective that the Salt Song Trail Project is a modern tribal revitalization movement, in which indigenous peoples not only return from the brink of genocide and extinction, but also bring their culture back to life in new and unexpected ways. Further, she sees in the Paiute movement elements of what other contemporary native scholars call resurgence—a concept expressed by Taiaiake Alfred and Jeff Corntasse as a process of spiritual and political renewal—and survivance—a concept articulated by Ojibway scholar Gerald Vizenor to describe the creation of novel and innovative ways to survive based on remembrance and presence. “This gets to the area where a tribal community is not simply reinventing the past or just accommodating the foreigner’s ways, but creating totally new forms of survival and regeneration,” she said.

Nelson employs the term “eco-cultural” to emphasize the understanding that “biological and cultural systems are intimately entwined. It’s a fallacy to think you can understand one without the other. The Paiute say that the land and the people go together: you can’t heal the land without healing the people, and you can’t heal the people without healing the land.” Again and again in dozens of oral histories about the Salt Song Trail, this theme emerged. “The Paiute people say ‘it’s integral to who we are. Our songs are tied to those places on the trail.’ So the Salt Songs represent an eco-cultural web that combines the ecology of the land and the people’s knowledge and voice. I’m not weaving these things together,” Nelson laughed, “I’m just attempting to articulate how it is woven together.”

The book will be a collaborative effort with Vivienne Jake (Kaibab Paiute elder and Salt Song Trail co-founder/co-director) and other Salt Song singers and advocates. It will be a multi-vocal ethnography representing a dialogue between the voices of “insider” and “outsider,” in a collective effort to revitalize Paiute traditional knowledge for today’s generations.