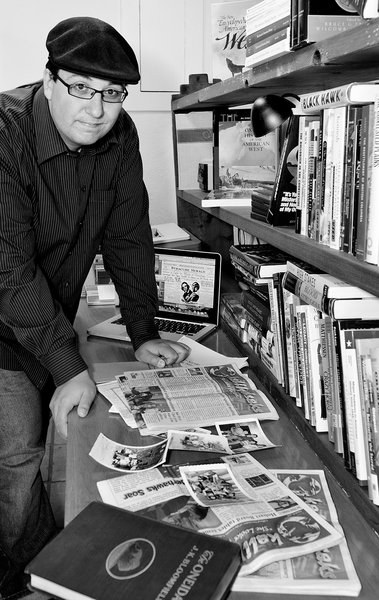 The Oneida Resurgence: Modern Indian Renewal in the Heart of America

Doug Kiel uses three snapshots of his grandmother to convey the dramatic twentieth-century rebuilding of the Oneida Nation of Wisconsin, following the devastating federal policies of the nineteenth century such as land allotment and cultural assimilation. From the 3-year-old girl in front of a tiny cabin in the then-impoverished and nearly landless Oneida community in 1930, to the working woman in 1960s Chicago where she lived for 52 years, to the smiling retiree standing with her sisters in front of the booming Oneida Casino in 2005, Grace (Metoxen) Griffey’s life journey, Kiel says, “sheds light on the ways in which a broader American Indian social and political history shaped both individual lives and tribal communities as a whole.”

At the start of the twentieth century, “Oneida suffered a cultural and economic Great Depression long before the rest of America did. It was a place people fled from to seek jobs in the cities,” as his grandmother did, Kiel says. The 1920s represented a low point for the Oneida Nation, characterized by insufficient access to healthcare, education, and employment. But by the 1990s, Oneida was in an almost opposite state of affairs, having achieved relative cultural and economic security, not only reacquiring thousands of acres of land but also becoming one of the largest employers in the Green Bay, Wisconsin, area.

In 1997, the Oneida reservation Grace Griffey returned to was an ideal place for her to retire, with a wide range of social welfare programs, a vibrant economy, a strong tribal government, and a flourishing traditional culture. “How did we get here?” Kiel asks. He argues that the Oneida Nation’s transformation began long before the contemporary success of casino gaming but rather “is rooted in early-twentieth century activism and a decades-long process of accommodation, resistance, renewal, and change.” This process featured many competing approaches to advancing social uplift, exemplified by two tribal leaders in the early 1900s—Dennison Wheelock, who was pro-assimilation, and Laura Cornelius Kellogg, who was focused on the revival of Iroquoian language, culture, and governance.

Kiel weaves together three approaches to American Indian history. First, he traces the eras of federal-Indian relations (including the Indian New Deal, Termination and Relocation, Red Power, and Self-Determination) through one tribe’s confrontations with these political developments. Second, he uses extensive oral histories and first-person narratives to place the Oneida people at the center of the story and to show how federal policies shaped people’s daily lives. And third, Kiel analyzes Oneida Nation government records, offering a unique opportunity to see how a tribe governs itself internally. “The result of melding these three approaches is a social and political interplay between individuals, the tribal government, and the federal government,” he says. He also explores the connections between urban Indian and reservation communities, “places that have rarely been considered as integrated parts of a Native social world.”

A key element of Kiel’s “new narrative of resurgence” is his observation that despite many similar success stories in twentieth- and twenty-first-century American Indian history, “historians still devote far more attention to tribal decline than they do ascent,” he says. “The vanishing Indian is so central to American national identity that for those unfamiliar with Indian Country, it is often difficult to imagine American Indians as being otherwise, or to connect the Indian people of the past to those of the present.”

Far from having vanished, however, modern American Indians “continue to influence regional and national affairs in new and different ways,” Kiel contends, pointing to the current power struggle between the Oneida Nation and Hobart, a village located within the bounds of the reservation but populated by a white landowning majority. “Non-Indians living within reservation boundaries often resent the tax-free status of reservation land and oppose being subject to the authority of a tribal government.” The unique legal status of Indian Nations positions the pursuit of tribal rights such as land re-acquisition “outside the dominant discourse of ‘equal rights,’” he notes. “It’s important to keep in mind that Indian Nations generally did not gain through twentieth-century activism, but merely recouped fragments of what colonialism had already taken.” There is an assumption that Native Americans and modernity cannot coexist, Kiel says, but “if the Oneidas’ resurgence tells us anything, it is that American Indians are both modern and highly adaptive and, in fact, have used their familiarity with American institutions not to abandon their own identity, but to pursue community empowerment.”