Affiliation at time of award:
Professor
Department of Anthropology
University of Illinois 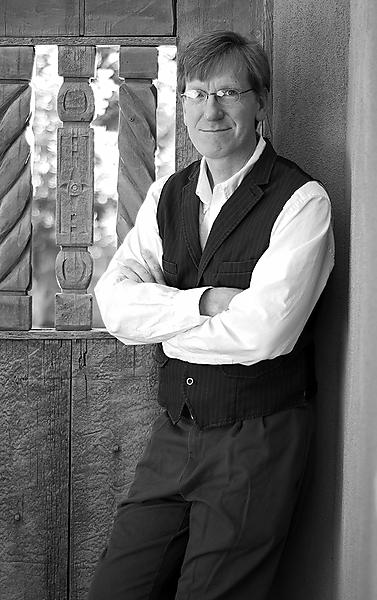 An Archaeology of the Cosmos

As a self-described “dirt archaeologist who likes doing archaeology and telling a story,” Timothy Pauketat admits to being driven by “the big issues of human history” through questions such as “what caused civilization?” More specifically, Pauketat seeks to understand why people in ancient times would cooperate with radical social experiments in governance that, from his point of view, “were not in their best interest” and often resulted in extreme social inequity.

Over the past 14 years, Pauketat’s archaeological projects in the Mississippian culture center of Cahokia, a World Heritage site near St. Louis, Missouri, have helped alter standard views of the development of social complexity. Now Pauketat is expanding his early arguments for Cahokia’s “Big Bang”—a large-scale multi-cultural convergence of diverse populations in the middle Mississippi valley at circa AD 1050—to explore the roles cosmology, myth, and ritual practice played in similar developments worldwide.

Pauketat’s excavations at Cahokian outliers in northern Illinois and southern Wisconsin suggest that major historical shifts involved ritual deposits of earth and objects, ancestral temples and posts, and the reorientations of houses and mounds. Some of this evidence, Pauketat says, can be rendered to reveal the relationships between the ancients, their rituals, and celestial objects and events such as the cycles of the moon, or what he calls “the unseen forces that continuously affect people.” When recognized and engaged repeatedly by people in their everyday lives, those forces actually leave traces in the “dirt” of the material record.

“I think I’m bridging older and newer theories in archaeology,” Pauketat said. “Older theories assumed that natural forces such as climate or a meteorite hitting the earth changed history—end of story—while newer theories seek to understand the details of how human history was lived in relation to nature and the supernatural.” His book An Archaeology of the Cosmos explores the possibility that cosmic entities constitute an additional agent of change that is especially important in understanding the rise of civilizations. “If you believe, for instance, that the stars are your ancestors, then someone could manipulate the meaning of a celestial event such as a supernova to get your cooperation and the cooperation of many others,” Pauketat said. “I’m interested in what the ‘mystified masses’ were thinking and in what role people had in changing themselves.”

The belief that other organisms, plants, rocks, or planets are alive and have the power to affect humanity is common to cultures the world over, but it “hasn’t been mobilized by archeologists before to explain long-term social change. Our models of change are really based on what we consider to be more rational principles,” he said. By applying cultural anthropological ways of seeing to archaeology, “we ask different questions and build new models. The results will push the archaeological study of ancient cosmology and mythic history to a new level.”