Affiliation at time of award:
Assistant Professor
Department of Anthropology
University of Washington 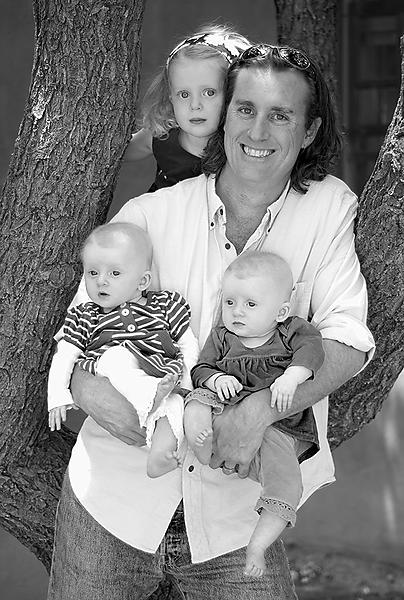 In Freetown, West Africa, three young men pass the time sitting on a wall outside a large dilapidated hotel teeming with activity. They are kamajors, former members of a community defense militia. The Brookfields Hotel was taken over in 1998 as a makeshift headquarters for grassroots militia groups that sprang up during Sierra Leone’s civil war in the 1990s, and the sprawling complex now houses several hundred combatants along with their wives, children, friends, and extended family. Soon a new SUV pulls up; the men exchange words with the driver and pile inside as the car heads for a diamond mine, or a rubber plantation, or a battlefield in neighboring Liberia. In West Africa’s volatile economy, the young men represent a most valuable resource: a mobile labor pool of bodies with a capacity for violence that services the extraction industries, international NGO sector, various warlords, or regional conflicts. Far from a leisurely break, putting in time “on the wall” is key to getting work.

In his book Building the Barracks, Weatherhead Fellow Daniel Hoffman asks, “How is it that young men end up being made available to forces that are larger than themselves, and particularly for the performance of certain kinds of violence? What are the processes by which young men’s lives become militarized?”

Hoffman uses the term barracks to describe spaces such as the old hotel. “The barracks, literally and figuratively, is the spatial arrangement by which violence is alternately contained and deployed,” he writes. The purpose of these spaces—whether city neighborhoods, border villages, or labor and refugee camps—is to “rapidly assemble bodies for efficient deployment in the overlapping service of security and profit. The barracks organizes male sociality itself around the exercise of violence and circulates that violence within an exchange economy.”

Over a period of seven years, Hoffman lived with combatants in the ruins of the Brookfields Hotel in Freetown, traveled with militia units in Sierra Leone, and crossed the Guinean and Liberian borders with other regional fighters. He interviewed ex-combatants working in the mines, plantations, refugee camps, and neighborhoods, young men who “must cycle through different physical spaces as they assemble a meaningful social and economic existence in the violent labor economy of contemporary Africa.”

“My work suggests that we conceptualize this region—so often described in the apocalyptic language of failure and destruction—as networked spaces that facilitate violent modes of over-production,” Hoffman writes. “I contend that Sierra Leone and Liberia are the laboratory of the future—not only for postcolonial Africa, but for so-called global security. The apparatus being put into place in Baghdad and Kabul is one that started in Sierra Leone as early as 1995. Building the Barracks traces what the results look like ten years later.”

Hoffman counters the idea that Africa is “reverting to some pre-modern state” or is “outside the same global flows that are affecting the rest of the world” but rather it is deeply responsive to the global economy. “If you really want to understand what the future trajectory of global capital looks like,” he says, “you look to places like Sierra Leone.”