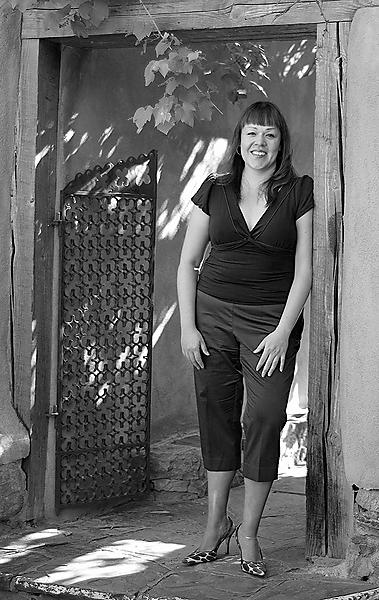 To the Reserve and Back Again: Kahnawake Mohawk Narratives of Self, Home, and Nation

For most indigenous peoples in Canada and the United States, notions of nationhood, citizenship, state, and sovereignty are not clear-cut legal terms, but rather complex experiences steeped in layers of history and power that converge in daily life. Audra Simpson explores these “social and cultural contours of citizenship and nationhood” in To the Reserve and Back Again: Kahnawake Mohawk Narratives of Self, Home, and Nation. “My book is about how people live their sense of their nation and their citizenship, and what that means to a larger world of ideas,” said Simpson.

Based on six years of fieldwork with Mohawks of Kahnawake, both within their reservations and in the “settler states” that surround them, Simpson’s work investigates “the critical interplay between consciousness, power, and practice at work in the political life of Indian communities.” Defining nation or citizenship from an indigenous perspective requires an appreciation of at least three layers of meaning: one, the imposed structures of the settler or colonizer societies such as Canada’s Indian Act of 1876 and other legal and governmental instruments; two, the ancestral Nations that predate the settlement; and three, the daily lived experience that constantly navigates and negotiates between them.

“Mohawks must assert their independence from the U.S., Canada, and their province while simultaneously asserting their loyalty to their history and their tradition as Iroquois peoples,” said Simpson. “They must maintain these allegiances while negotiating continually for forms of political recognition and affirmation from settler regimes that have both created the problems they find themselves grappling with and that will afford them some space for resolution. Because they are recognized by and at the same time antagonistic to the state, this is a tight normative spot to be in. How does one assert sovereignty and independence when some of the power to define that sovereignty is bestowed from a foreign power?”

In light of all these factors, Simpson examines the processes of citizen formation through political ethnography, following the ways in which the vernaculars of this political group construct a nation. “I’m interested in the ways in which they do it from the ground up, rather than the top down. These grounded forms of recognition produce the agency within a community that make, refuse, create, endure, withhold, or in various other ways affect the will of others,” she said.

“I wish to argue that the case for political membership is one that narrates who we are today while archiving the living legacy of colonialism. These narratives of citizenship are laden with desires that want in some way to effect the differentials of power that underwrite notions of citizenship and nation away from the politics of state recognition and into a space of their own. This desire is made from the intimacy, knowledge, and messiness of everyday life.”