Affiliation at time of award:
Associate Professor
Department of Political Science
University of Hawaii at Manoa 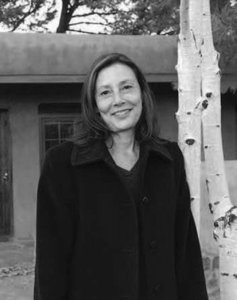 In a letter to the editor in 1862, Hawaiian schoolteacher Joseph H. Kanepuu urged the newspaper to publish the complete rather than abbreviated version of an important legend. “How will the rest of the generations after us obtain this legend…? They will not be able to get it; we are disappearing…The generations of Hawaiians of 1870, 1880, 1890, and 1990 are going to want this knowledge.” Nearly 140 years later, Noenoe Silva read Kanepuu’s plea and felt he was talking directly to her. Her current research project, Indigenous Hawaiian Political Thought, is mapping the development of indigenous Hawaiian political theory through the work of understudied authors such as Kanepuu, who wrote in the Hawaiian language and affected the establishment and transformation of Hawaiian politics from about 1840 to 1948. The majority of existing research on this material has been based on English language sources.

“I believe it is crucial to privilege study of the writing of Kanaka Maoli [Native Hawaiians] in their own language in order to understand nineteenth— and twentieth—century political events in Hawai’i,” Silva says. Fortunately, Hawaiians have over a century of texts in their own native tongue written during this crucial period. When US missionaries descended upon Hawai’i in 1820, they developed “an efficient orthography” for Hawaiian. The Kanaka Maoli took great pleasure in reading and writing in their native tongue, and became avid contributors to the early missionary—controlled newspapers. By 1856, the Hawaiian government established its own paper, but it was still edited by a missionary. The first newspaper totally controlled by Native Hawaiians, Ka Hoku O Ka Pakipika, emerged in 1861 and began a tradition of Hawaiian—language publications used as vehicles for anti—colonial expression that lasted until 1948.

From these newspapers, Silva is assembling a database of Hawaiian—language authors, with a bibliography for each, and analyzing in depth the political thought of three representative writers—Kanepuu, lyricist Kekoaohiwaikalani (Ellen K. Wright Prendergast), and attorney Joseph M. Poepoe. “A study of these public intellectuals has never been attempted, and will advance our understanding of native people who effectively resisted political takeover for the entire nineteenth century,” says Silva. “How much of the formation of the Hawaiian Kingdom was colonial thought, and how much indigenous thought?” she asks. “Until we know this, we can’t be intelligent about this period.”

Her research has a vital contemporary application as well. “In colonial situations, we grow up thinking there are no intellectuals among our own people. We have intellectual histories within our communities, but we don’t know them very well yet,” says Silva. “By documenting these authors, we can learn more about what our ancestors thought and have more respect for what they did. Before now, most knowledge about indigenous peoples has been generated by academics that are not of that people. I want to switch that, so the center of who knows anything about us, is us—and our ancestors.”