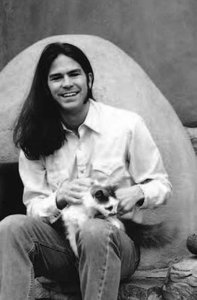 Constructing State Order: An Ethnography of the Thai Police

Soon after Eric Haanstad arrived in Bangkok to conduct an ethnographic study of Thailand’s police in 2003, the prime minister announced a three-month operation to “rid drugs from every square inch of Thailand.” In one of the world’s major transit points for a cornucopia of illicit drugs, with a domestic methamphetamine consumption problem of epic proportions, “this quixotic campaign seemed immediately destined for failure or tragedy,” Haanstad recalls. State agencies compiled a watch list of people suspected of drug involvement, and authorities instated a quota system for apprehensions. Techniques such as citizen-surveillance networks and drug-free loyalty ceremonies augmented the brief campaign, at the end of which nearly 3,000 Thai citizens were dead. There were no investigations into the murders. “I wanted to study state ‘displays of order,’ and this campaign provided a massive spectacle of violence,” says Haanstad.

The drug suppression effort was followed immediately by another three-month campaign, this time against the “dark influences” of organized crime and corruption. Then in August of 2003, a third state-order campaign ensuedaligned with the “war on terror”as the city prepared for the Asian Pacific Economic Cooperation meetings. “I witnessed a series of political operations designed to fulfill a similar functioncreating the necessary enemies of the state, whether they are drug dealers, criminals, communists, terrorists, or rival states,” Haanstad says. “Following [t]he Weberian definition, this constant demonstration of coercive force is integral to state legitimacy. State and social control is a project which demands constant maintenance and control.”

Haanstad’s dissertation research, “Constructing State Order: An Ethnography of Thai Police,” not only examines the role of the police but also places these massive spectacles of state order, violent enactment, and the symbolic use of force in an international context. “Because international cooperation between police groups is becoming more prevalent, the new century is a critical time to examine police practices ethnographically,” says Haanstad. “Complicating most depictions of globalization, international policing is a case where globalization is expanding state power by providing support for enhanced police capabilities.” His research on the Thai police will contribute to these broader discussions in the social sciences “regarding the mechanisms of police, state power, and global social control.”