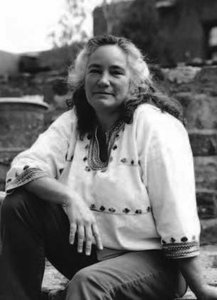 Cold War Crimes: The Use and Abuse of Indigenous Groups as Human Subjects in Cold War Research

For most people, the specter of nuclear war evokes nightmares of giant mushroom clouds, blistering waves of heat, and massive casualties—followed by a sigh of relief that to date the world of nations has avoided such “mutually assured destruction.” Barbara Rose Johnston disagrees, suggesting that over the past 60 years, nuclear weapons production itself has waged a different kind of war on the communities around the world that have hosted the “nuclear war machine.” Contributors to Johnston’s edited volume, Half-Lives & Half-Truths: Confronting the Radioactive Legacies of the Cold War (SAR Press, 2007), contend that the “Cold War” was, in fact, intensely hot, “generating acute and lasting radiogenic assaults on the environment and human health.”

During what many call the first nuclear age, “when uranium was exploited, refined, enriched, and used to end a world war and fight a cold war,” a growing security state compounded environmental and health damages. For decades, this culture of secrecy distorted and withheld information about the dangers of radioactivity from the communities that hosted various elements of the government’s nuclear activities—uranium mines, mills, and enrichment plants; weapons production facilities; military “proving” grounds; battlefields; and nuclear waste dumps. “Controlling information meant the government was able to convince the public of the relatively minimal threat posed by atmospheric tests,” Johnston writes. This concerted public relations campaign also generated biases that skewed generations of scientific research.

“At the most fundamental of levels,” writes Johnston, “the struggle to address the radioactive legacy of the Cold War has been a struggle over who has the right and power to shape, access, and use information. People seek access to information that depicts ‘the whole truth’ about the nuclear war machine and its human health effects. And governments seek to control or remove from public access such information. They do so because this information demonstrates past harm and present or future risk, and thus demonstrates liability and supports demands for accountability.”

Johnston’s book-in-progress, Cold War Crimes: The Use and Abuse of Indigenous Groups as Human Subjects in Cold War Research, investigates how the US government specifically targeted indigenous communities in the Marshall Islands, Alaska, the American Southwest, and South America. She has worked as an advisor to the Republic of the Marshall Islands on developing appropriate compensation for Marshallese people injured by the US Nuclear Weapons Testing Program. “The kind of work I do is documentation of historical injustices in ways that allow a true notion of remedy to come about,” Johnston says. “That means that culpable parties have got to be part of process—taking responsibility to make amends, working with the injured parties to redefine the concept of reparations, in order to create meaningful remedy for harm that in some cases spans generations. The role of the ethical scholar is not simply to document the abuses, but to do it in ways that insure the people they work with fully understand the political implications and pitfalls that public disclosure may produce.”