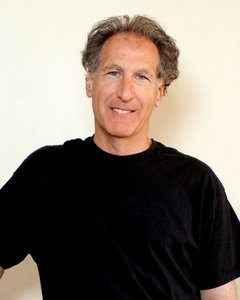 Steven Feld is a filmmaker, sound artist/performer, and Distinguished Professor of Anthropology Emeritus at the University of New Mexico. After studies in music, film, and photography, he received the Ph.D in Anthropological Linguistics at Indiana University in 1979. From 1976 he began a research project in the Bosavi rainforest of Papua New Guinea. Results include the monograph Sound and Sentiment (republished 2012 in a 3rd and 30th anniversary edition), a co-authored Bosavi-English-Tok Pisin Dictionary, and essays, some published in his co-edited books Music Grooves and Senses of Place. From this work he also produced audio CD projects including Voices of the Rainforest, Rainforest Soundwalks, and Bosavi: Rainforest Music from Papua New Guinea. Key theoretical themes developed in this work are the anthropology of sound and voice; acoustemology (acoustic epistemology), sound as a way of knowing.

Feld is also know for experimental and dialogic writing, recording, and filmmaking. Work after 2000 has concentrated on related themes in the study of bells in Europe, Japan, Ghana, and Togo, published in CDs, DVDs, and books like The Time of Bells, Skyros Carnival, and Santi, Animali, e Suoni. He has also written on music globalization and problems of music as cultural and intellectual property. His work in visual anthropology includes short and feature films and the book Ciné-Ethnography, on the work of French anthropologist-filmmaker Jean Rouch. He just completed a ten year project on jazz in West Africa, published in the twelve CD, five DVD, and book set Jazz Cosmopolitanism in Accra. Feld’s research has been supported by NSF, HEH, NEA, Wenner-Gren and other foundations, and honored by MacArthur, Guggenheim, SAR, and Center for Advanced Study in Behavioral Sciences fellowships, the Koizumi Fumio Prize, and film and book awards, including SAR’s J.I. Staley Prize.