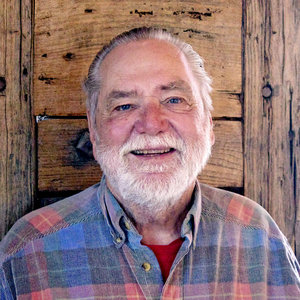 Senior Scholar George J. Gumerman has been a leader in major theoretical advances in his field since the 1960s. He is at the forefront of using computer modeling to simulate the cultural evolution of the prehistoric Southwest. During his term as Resident Scholar at the School in 1979, Dr. Gumerman wrote The Changing Face of Archaeology: A View from Black Mesa, published by the University of Arizona Press in 1984. Dr. Gumerman chaired a number of SAR Advanced Seminars that resulted in the publication of Dynamics of Southwest Prehistory, Themes in Southwest Prehistory, and Understanding Complexity in the Prehistoric Southwest. He also edited the influential volume, The Anasazi in a Changing Environment (Cambridge University Press, 1988), an outline of a 1,000-year chronicle of environmental and cultural history that attempts to explain broad patterns of interactions between humans and their environment. In 2007, Gumerman presented a paper at the Society for American Archaeology in Austin, co-authored with Steve Lekson in the session honoring SAR Senior Scholar Linda Cordell. A five-day workshop at the Santa Fe Institute was hosted by Gumerman and Tim Pauketat of the University of Illinois on “Cosmology and the Prehistoric Amerindian World,” focusing on the American Southeast, Southwest, Mesoamerican, and Andean civilizations. Gumerman, along with J. Dean, J. Epstein, Alan Swedlund, and Rob Axtell, also published “Generating Societies: The 1050 Project and the Artificial Anasazi Model” in Generative Social Science: Studies in Agent Based Computational Modeling, edited by J. Epstein (Princeton University Press).