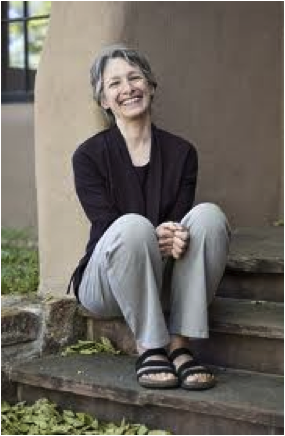 Deborah Winslow is a cultural anthropologist who studies the emergence of social and economic systems over time and space. Her field research has been  conducted primarily in rural Sri Lanka, although she also has done research in India (1966-67, 1989) and Guatemala (1969). She was an SAR National Endowment for the Humanities Resident Scholar in 1984-85 and is Professor of Anthropology Emerita at the University of New Hampshire, where she taught from 1978 to 2008.  She also taught at the University of Poona (India) on a 1989 Fulbright Lectureship. From 2005 to 2019, Deborah was Program Director for Cultural Anthropology at the National Science Foundation and also served as a program officer for the Ecology of Infectious Diseases Program (2006-2018) and the Innovations at the Nexus of Food, Energy, and Water Systems Special Competition (2016-2019). Deborah’s B.A. , M.A., and Ph.D. degrees in anthropology are from Brandeis University (1968) and Stanford University (1970, 1982), where she was mentored by G. William Skinner and David G. Mandelbaum.  She has held leadership positions in the American Institute for Sri Lankan Studies, the American Anthropological Association, the Society for Anthropological Science, and the American Association for the Advancement of Science.

Deborah’s first fieldwork in Sri Lanka (1973-1976) was conducted when anthropologists were retooling for research in complex societies. It had become clear that the piling up of village studies would not produce a holistic understanding comparable to that achieved for smaller-scale social systems with anthropology’s hallmark method of intensive ethnography.  Therefore, in addition to a traditional community study, she collected data on interconnections between rural communities in a much larger region. She discovered that local-level marketing, kinship, and religious practices produced socially and culturally salient meso-scale regions that tied villages into an inter-nested hierarchy of spatial systems. In addition to her 1982 dissertation, this research produced numerous articles in professional journals as well as a co-edited volume, Economic Analysis beyond the Local System (1997).

With generous support from funding agencies (including NSF, NIMH, NEH, Fulbright, and the American Institute for Sri Lankan Studies), Deborah has returned to Sri Lanka regularly to follow the rising fortunes of a community of pottery makers located in her original study region. This work has documented the effects of Sri Lanka’s move to an open economy (1976), the civil war (1983-2009), and increasing participation in global labor markets. Her 2007 paper, “The Village Clay: Innovation, Recursion, and Community in a Sri Lankan Village,” was awarded the Curl Essay Prize given by the Royal Anthropological Institute of Great Britain and Northern Ireland.  She has published widely in professional journals, edited volumes, and encyclopedias, including a second co-edited volume, Economy, Culture, and Civil War in Sri Lanka (2004).  As an SAR Senior Scholar, Deborah is working to compile these many years of research into a monograph, Living Life Forward, which will examine how different levels of social life, from household to community to region and beyond, emerge over time and space from the everyday actions of local people engaging with each other and the world.