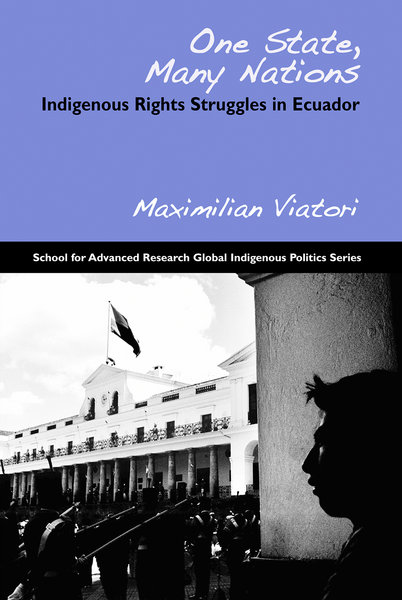 One State, Many Nations

The Zápara are one of the smallest Indigenous nationalities in Ecuador, with roughly two hundred members, most of whom live along the Conambo and Pindoyacu rivers in Pastaza province. The Zápara language is a member of the Zaparoan language family, a small group of Amazonian languages in eastern Ecuador and northern Peru. In 1998 four communities organized as the Nacionalidad Zápara de Ecuador (Zápara Nationality of Ecuador, NAZAE) with the intent of reasserting Zápara identity and establishing a legal Zápara territory distinct from those of other Indigenous nationalities in the region. At the heart of this revitalization was an attempt to document the language of the remaining Zápara elders as “proof” of these communities’ cultural uniqueness.

One State, Many Nations traces the Zápara nationality’s process of self-organization and emergence within Ecuador’s Indigenous movement from 1998 to 2008, to explore the complex role that multiculturalism has played in local Indigenous politics. The paradoxical treatment of Indigenous identity is the subject of this book. Its purpose is to explore the official recognition of ethnic and cultural difference in Ecuador with the following question in mind: has the official recognition of Indigenous rights provided new opportunities for Indigenous actors or further restricted their political action?

“[One State, Many Nations] looks at a series of reforms, both internal to Ecuador and coming from international institutions, that have changed the playing field for indigenous groups. [These] reforms have opened up important spaces/opportunities for indigenous groups but also embody all sorts of contradictions that actually restrict indigenous political action, create divisions within indigenous groups, and create a dependent relationship between indigenous groups and outside actors…”
—Steve Striffler, University of New Orleans

“Viatori produces a thoughtful exploration of the complex ways that the Nacionalidad Zápara de Ecuador (Zápara Nationality of Ecuador, NAZAE) is both enabled and restricted by official recognition in Ecuador.”
—Bulletin of Latin American Research

“The significant strengths of Viatori’s study of indigenous activism coupled with the activism by powerful and well-educated others on behalf of this indigenous emergent ethnicity is the detailed description of microlevel interpersonal cooperation and competition, collaboration and opposition.”
—Norman E. Whitten Jr., University of Illinois at Urbana-Champaign, American Anthropologist, 115(4), December 2013