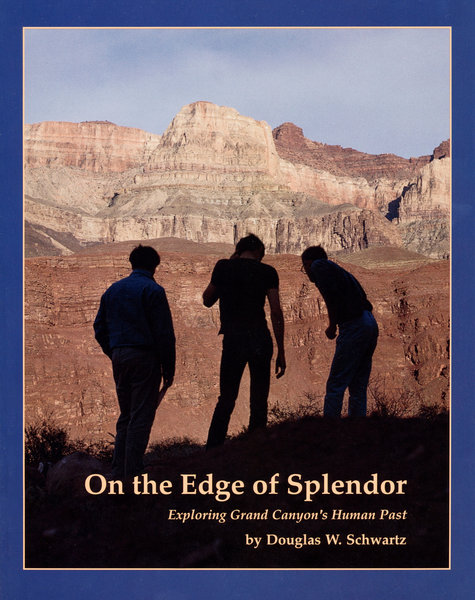 On the Edge of Splendor

Between 1967 and 1970, the School of American Research conducted surveys and excavated more than thirty Pueblo ruins in the Grand Canyon and on its North Rim. The reports on this project make up the Grand Canyon Archaeological Series. The author’s research included major surveys and excavations in several crucial regions of the Grand Canyon. Written for a general audience, this book alternates between insightful accounts of Schwartz’s personal experiences in the canyon and explorations of the lives and cultures of its early and late inhabitants.

“Schwartz’s coverage of the Grand Canyon’s archaeological heritage offers more than your usual geologic background…. The research and recreation of past lives by Schwartz makes the book so attractive.”
—Midwest Book Review
There are no working papers for this book at the present time.