The School for Advanced Research (SAR) is pleased to announce the appointment of Elysia Poon as the new director of SAR’s Indian Arts Research Center (IARC).

With over a decade of experience within the organization as the IARC curator of education and nearly twenty years of museum experience, Elysia Poon has demonstrated a commitment to collaborative programming and a dedication to community-based collections care. Under her leadership, the IARC will continue to advance national conversations around how collecting institutions and Native American communities can work together to foster cultural heritage and promote contemporary art practices.

SAR president Michael F. Brown recognizes Elysia’s wealth of experience, which makes her uniquely suited for the position: “A twelve-year veteran of the IARC, Elysia came to us from prior appointments at the Indian Pueblo Cultural Center in Albuquerque and the Museum of Indian Arts & Culture in Santa Fe.” He adds,

She has played an absolutely pivotal role in the IARC’s efforts to engage the region’s Native American communities in the collaborative stewardship of our collections. As museums and cultural institutions across the globe are witnessing a shift from ivory towers to community resources, Elysia’s depth of experience and vision for the center’s next steps position the IARC to be a leader in the museum field.

In her role as the IARC director, Poon sees an opportunity to deepen connections with Native American communities and expand meaningful IARC programs. She describes her approach as community-first. “Here at the IARC, we strive to break down the traditional paths of Western museum work by honoring and elevating Native voice in all the programs that we do. I like to think the IARC could be considered a think tank for museology through the lens of indigenous arts and culture.” 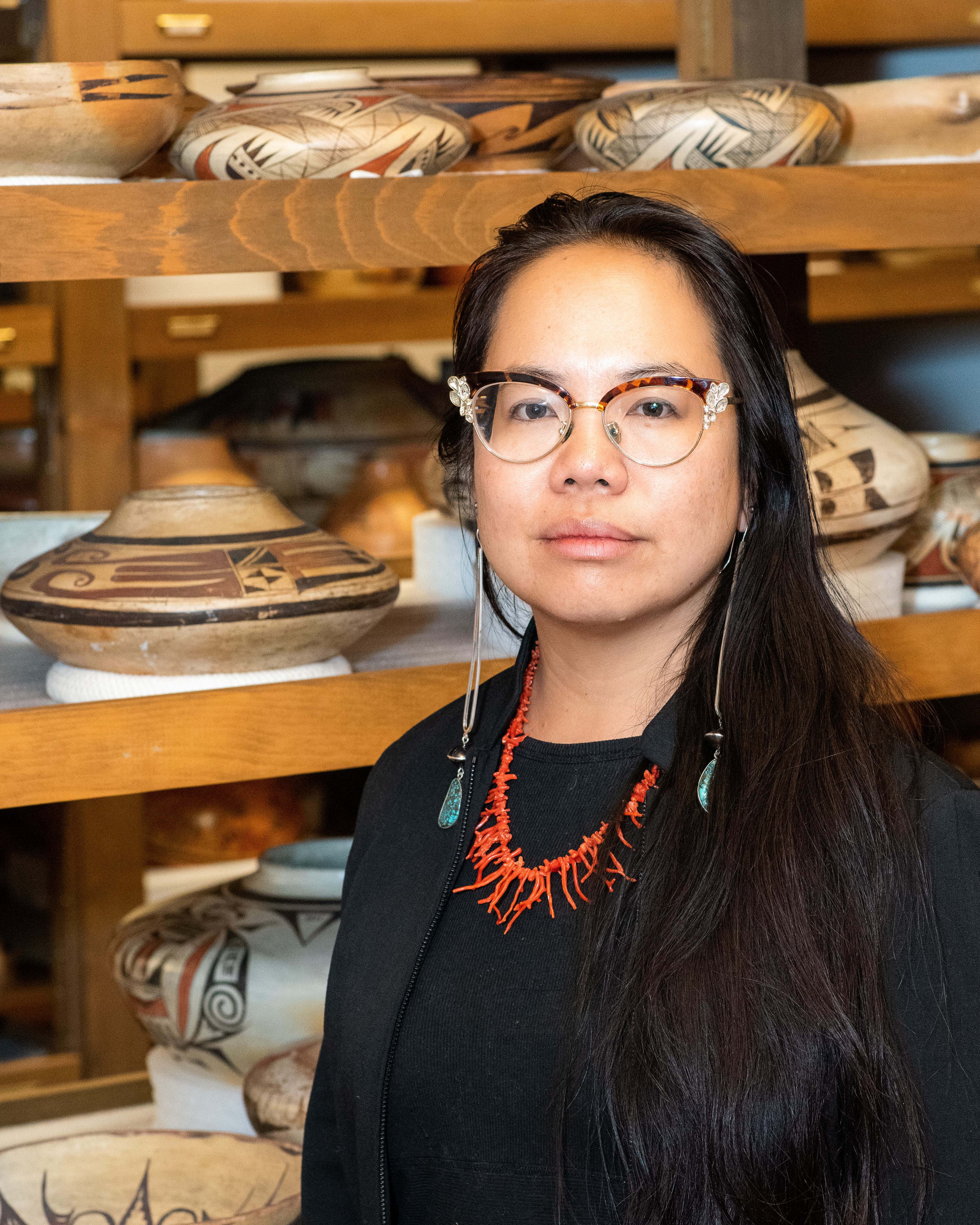 The IARC encompasses a collection of nearly twelve thousand works of Southwestern Native American art. With well-established Native American artist fellowship and museum internship programs, the IARC has a history of supporting the next generation of Native artists and museum professionals. Poon has led the organization’s residential artist fellowship program since 2007. The program has welcomed nearly eighty artists including Lonnie Vigil (Nambe Pueblo potter), Mateo Romero (Cochiti Pueblo painter), Nora Naranjo Morse (Santa Clara Pueblo mixed-media artist), and Jordan Craig (Northern Cheyenne painter and printmaker). In her former role as curator of education, Poon also guided and further developed a museum internship program whose graduates have gone on to work at their respective tribal institutions, as well as major institutions like the Metropolitan Museum of Art in New York, the Field Museum in Chicago, and the Ralph T. Coe Center for the Arts in Santa Fe, New Mexico.

Pueblo of Acoma governor and former IARC director Brian Vallo notes, “The appointment of Ms. Elysia Poon as director of the Indian Arts Research Center speaks to SAR’s commitment to elevate established partnerships with communities represented in the IARC collections, with Native American artists, and with other institutions who are equally engaged in the evolving movement focused on meaningful collaboration.” Vallo sees Poon’s experience as integral to the community-first vision of the IARC. Vallo adds,

She has demonstrated great respect and determination toward developing thoughtful strategies for intergenerational exchange/learning, supporting unbounded creativity among artists, and facilitating discourse and critical thought around those issues most important to Native American communities with whom SAR has engagement.

Poon received her BA in art history and criticism from the University of California, San Diego, and MA in art history from the University of New Mexico. Prior to coming to SAR, she worked for the J. Paul Getty Museum in Los Angeles, Autry Museum of the American West in Los Angeles, Museum of Indian Arts & Culture in Santa Fe, and Indian Pueblo Cultural Center in Albuquerque. Poon’s role as director of the IARC is effective September 1, 2019.

About the School for Advanced Research (SAR): Founded in 1907, the School for Advanced Research (SAR) is one of North America’s preeminent independent institutes for the study of anthropology, related social sciences, and humanities. SAR is home to the Indian Arts Research Center, one of the nation’s most important Southwest Native American art research collections. Through prestigious scholar residency and artist fellowship programs, public programs, and SAR Press, SAR advances intellectual inquiry in order to better understand humankind in an increasingly global and interconnected world. Additional information on the work of our resident scholars and Native American artists is available on the SAR website, www.sarweb.org; on Facebook, facebook.com/schoolforadvancedresearch.org/; on Twitter, @schadvresearch; and on Instagram @schoolforadvancedresearch.