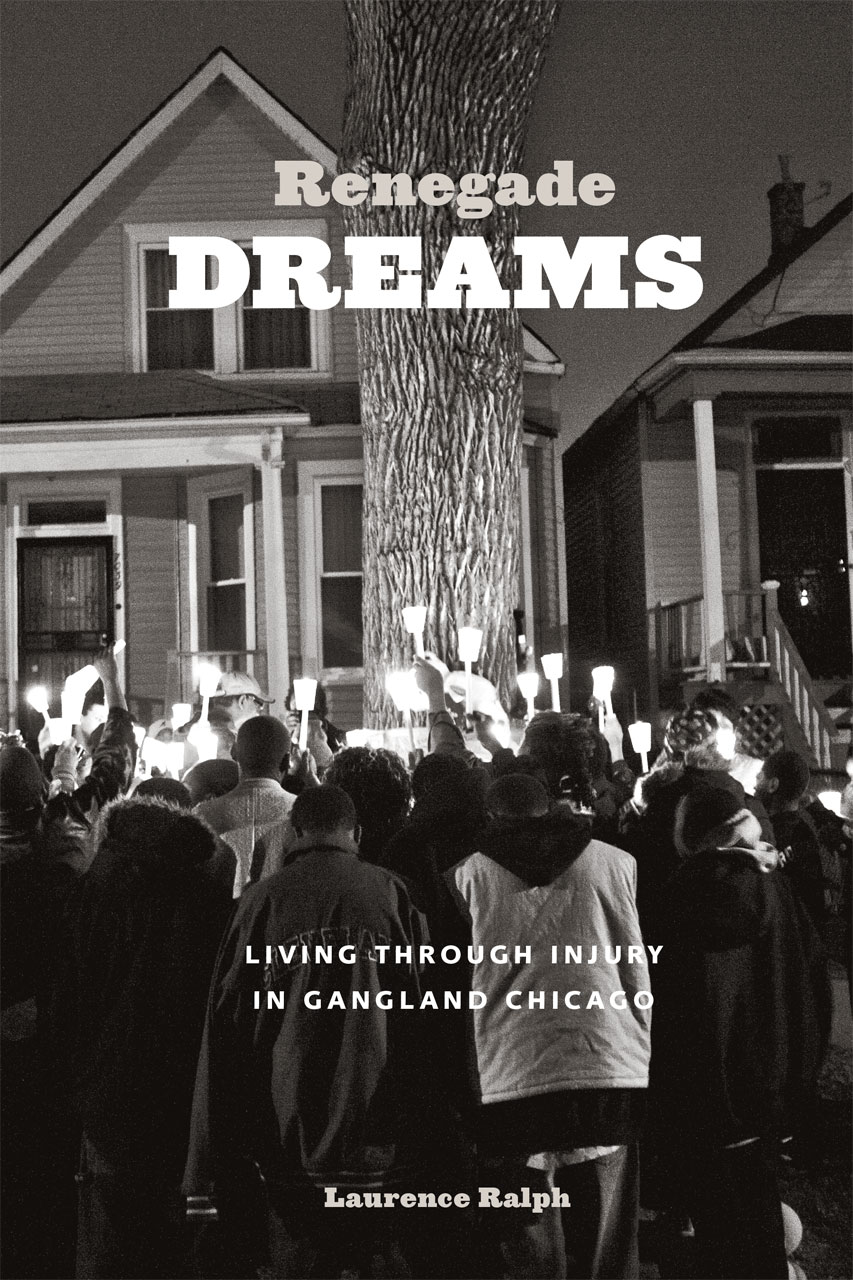 The School for Advanced Research is pleased to announce that the 2021 J. I. Staley Prize will go to Laurence Ralph, professor of anthropology at Princeton University and director of the Center on Transnational Policing, for his 2014 book, Renegade Dreams: Living through Injury in Gangland Chicago (University of Chicago Press).

Statement by the 2021 selection committee:

Following the lives of current and former gang members, community and church leaders, and grandmothers in a west Chicago neighborhood, Laurence Ralph’s Renegade Dreams launches a new generation of urban ethnography. Its brilliance lies in his ability to show how “Eastwood” is much more intimately connected to broader political, economic, and moral landscapes than popular narratives of the “inner city” lead us to believe. Through rich ethnographic descriptions of multilayered characters, Ralph succeeds in presenting each as a holistic human being navigating broader processes—of gang violence, HIV, and drugs, but also of economic inequality and gentrification—that lead to what he theorizes as injury. Using this nuanced concept of injury—physical, psychological, economic, moral—Ralph clearly demonstrates that while each person’s agency may be in various ways transformed through structural violence, it is precisely those sites of trauma where people’s shifting dreams and aspirations emerge.

Laurence Ralph is a professor of anthropology at Princeton University. His work addresses how the historical circumstances of police abuse, mass incarceration, and the drug trade naturalize disease, disability, and premature death for urban residents, who are often seen as expendable. His research often utilizes critical medical and political anthropology, African American studies, and the emerging scholarship on disability. He combines these literatures to show how violence and injury play a central role in the daily lives of Black urbanites.

Laurence earned a PhD and MA in anthropology from the University of Chicago and a BS from the Georgia Institute of Technology, where he majored in history, technology, and society.

About the J. I. Staley Prize:

Since 1988, the School for Advanced Research has presented the J. I. Staley Prize to a living author for a book that exemplifies outstanding scholarship and writing in anthropology. The award recognizes innovative works that go beyond traditional frontiers and dominant schools of thought in anthropology and add new dimensions to our understanding of the human species. It honors books that cross subdisciplinary boundaries within anthropology and reach out in new and expanded interdisciplinary directions. Unique in the realm of book awards, the J. I. Staley Prize seeks to promote works that have a proven public and academic impact. Recent recipients include archaeologist and MacArthur fellow Jason De León. In 2018 he won the prize for Land of Open Graves: Living and Dying on the Migrant Trail, which illuminated stories of the suffering and deaths that occur daily in the Sonoran Desert of Arizona as thousands of undocumented migrants attempt to cross the border from Mexico into the United States. The 2020 recipient, Lisa Stevenson, won the prize with Life Beside Itself Imagining Care in the Canadian Arctic. Her work examined two historical moments among the Inuit of northern Canada: a tuberculosis epidemic in the mid-twentieth century and an epidemic of suicides among Inuit youth today.

Learn more about the award and see past recipients.