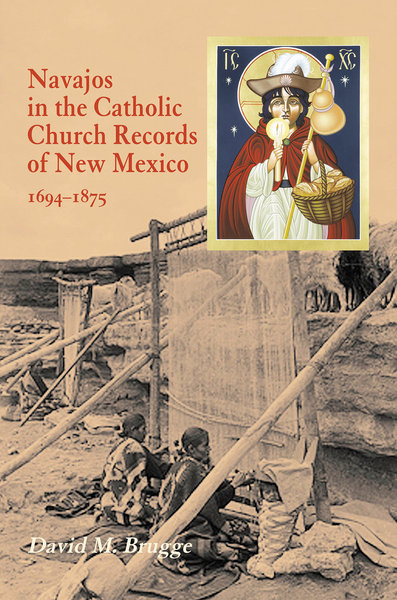 Navajos in the Catholic Church Records of New Mexico 1694–1875

In the past, the history of many Indian nations was murky and dim, written in large part by outsiders unfamiliar with the peoples and their cultures. Though that has changed today as Native peoples have increasingly written their own comprehensive and insightful histories, there still remains the need for an impartial analysis such as this history of the Diné (Navajo) written by David M. Brugge in 1968 (first published by the Navajo Tribe and with a second printing in 1985 by Navajo Community College Press). Combining archaeological evidence with Navajo cultural precepts, Brugge has used the records of the oldest European institution in the American Southwest-the Catholic Church-to shed light on the practices, causes, and effects of Spanish, Mexican, and American occupation on the Navajo Nation.

David M. Brugge (1927–2013) had childhood interests that led him to the University of New Mexico where he graduated in 1950 with a BA in anthropology. In 1958, he began research to provide data for various land claims, which provided the basis for this book. Brugge published numerous other books and articles on the Navajo people. In 1968, he joined the National Park Service and later served as staff curator at the Southwest Regional Office in Santa Fe.