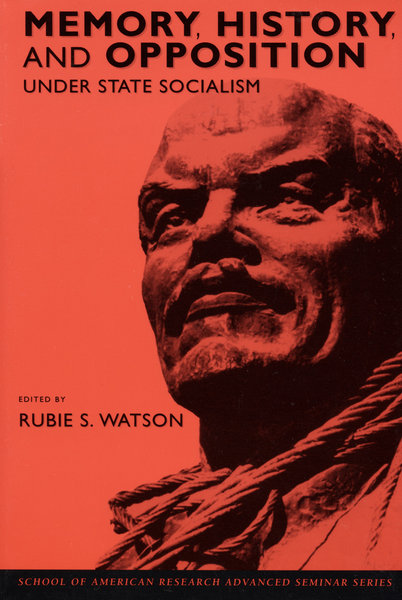 Eight anthropologists, sociologists, and historians probe the oppositional narratives created by Chinese rural intellectuals, èmigrè Croats, and organized dissenters such as the Djilas of Yugoslavia who constructed and maintained oppositional histories in state socialist societies. Even as the creators of official history jealously guarded the right to produce historical texts, alternative histories survived and on occasion even prospered in Eastern Europe, the Soviet Union, and China. Contestation over how the past was to be represented was never fully eradicated.

“[Memory] unfolds into several nuanced and original studies of how social memory and historical interpretation was managed within various state socialist regimes… Among collections which examine the dynamics of state socialism, this collection is one of the best edited and most innovative.”
—David G. Anderson, Canadian Slavonic Papers/Revue canadienne des slavistes XLIII, nos. 2-3 (June-September 2001)

“[This] collection is a major contribution to our understanding of ‘the social history of memory’ and should help to inaugurate a more nuanced understanding of opposition and repression in socialist countries, both then and now.”
—Ildikó Bellér-Hann, Social Anthropology 6, part 1 (February 1998)

“Overall, this is a fine volume that can be recommended to general anthropological readers for the theoretical insights it offers as well as to area specialists.”
—Carole Nagengast, American Anthropologist Vol. 98, no. 4 (December 1996)