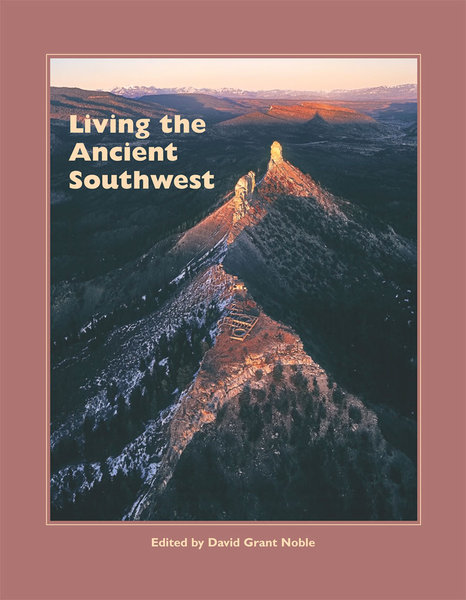 How did Southwestern peoples make a living in the vast arid reaches of the Great Basin? When and why did violence erupt in the Mesa Verde region? Who were the Fremont people? How do some Hopis view Chaco Canyon? These are just a few of the topics addressed in Living the Ancient Southwest.

In this illustrated anthology, readers will discover chapters written over the past several decades by anthropologist-writers. They speak about the beauty and originality of Mimbres pottery, the rock paintings in Canyon de Chelly, the history of the Wupatki Navajos, O’odham songs describing ancient trails to the Pacific Coast, and other subjects relating to the deep indigenous history and culture of the American Southwest.

“Over the past three and a half decades, David Grant Noble’s writing, photography, and edited volumes have helped thousands of readers share the insights of Native peoples and the excitement of archaeological research. Here, David has selected eighteen essays by leading scholars that—from a variety of perspectives—enrich our understandings of ‘Living the Ancient Southwest.’ The book is also a tribute to SAR Press’s (and David’s) success in creating accurate, high-quality writing about Southwestern archaeology and history for an ever-widening general audience.”
—Bill Lipe, Washington State University

“This impressive and eclectic collection of articles edited by the eminent David Grant Noble spans the entire realm of traditional southwest lifestyles from food and shelter to birth through death. The chapters, written in highly-readable prose, focus on important elements of southwest society from a diversity of unique perspectives including the voices of descendent American Indian populations. This entertaining and informative volume is easily accessible to a popular audience.”
—Deborah Gangloff, Crow Canyon Archaeological Center

“The contributors to this anthology include some of the most prominent archaeologists, students of rock art, and Native Americans…. The volume is amply illustrated…. Written for a general audience, this volume is a valuable and entertaining addition to Southwestern prehistory.”
—American Archaeology, vol. 19, no. 2, Summer 2015