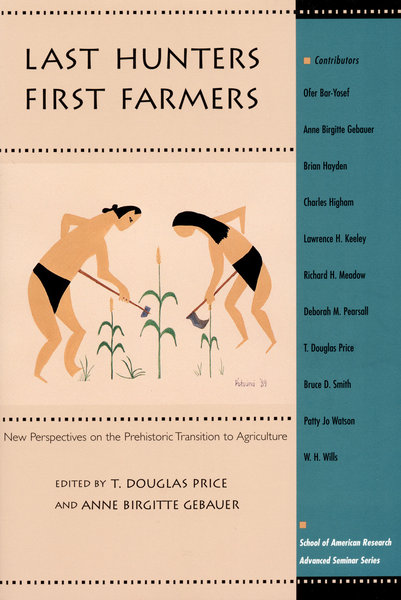 New Perspectives on the Prehistoric Transition to Agriculture

During virtually the entire four-million-year history of our habitation on this planet, humans have been hunters and gatherers, dependent for nourishment on the availability of wild plants and animals. Beginning about 10,000 years ago, however, the most remarkable phenomenon in the course of human prehistory was set in motion. At locations around the world, over a period of about 5000 years, hunters became farmers. The implications of this revolution in human activity and social organization reverberate down to the present day.

In case studies ranging from the Far East to the American Southwest, the authors of Last Hunters, First Farmers provide a global perspective on contemporary research into the origins of agriculture. Downplaying more traditional explanations of the turn to agriculture, such as the influence of marginal environments and population pressures, the authors emphasize instead the importance of the resource-rich areas in which agriculture began, the complex social organizations already in place, the role of sedentism, and, in some locales, the advent of economic intensification and competition.

“Stands out as one of the most valuable multi-authored contributions, both methodically and substantively, to have appeared for many years.”
—Journal of Field Archaeology