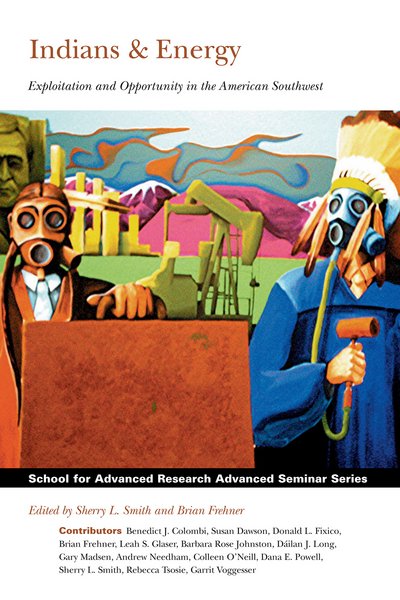 Exploitation and Opportunity in the American Southwest

Indians & Energy explores the ways people have transformed natural resources in the American Southwest into fuel supplies for human consumption. Not only do Native Americans possess a large percentage of the Southwest’s total acreage, but much of the nation’s coal, oil, and uranium resources reside on tribal lands. Regional weather and climate patterns have also enabled Native people to take advantage of solar and wind power as sources of energy; however, complex issues related to energy and Indians transcend the region—and the nation. The contributors believe that the lessons of the Southwest can illuminate broader trends in other places. Their intent is not to end but to join the conversation and encourage others to do the same. They consider the intricate relationship between development and Indian communities in the Southwest with the hope that an understanding of patterns in the past might be useful in guiding policies and decisions in the future.

“There are lessons here for all native nations. Indians & Energy is an up-to-date, valuable reference book…The editors and authors have produced an important book that was researched from the bottom up. Indians & Energy will stand as a major contribution to American Indian history and environmental studies.”
—Andrew Gulliford, Fort Lewis College, Durango, CO, Montana The Magazine of Western History, Winter 2011

“The authors of the essays contained in this volume document a history of Native Americans and energy marked by federal mismanagement and corporate exploitation, but they also reveal one in which tribal leaders have embraced the chance to benefit while providing for the country’s energy needs.”
—Nicolas G. Rosenthal, Loyola Marymount University, Ethnohistory, vol. 60, issue 2, Spring 2013

“Lessons learned from this book will influence the development of renewable energy in Indian Country…. Future energy and resource development in Indian Country can benefit from lessons in the summarized histories offered by this book.”
—Joseph G. Hiller, University of Arizona, New Mexico Historical Review, vol. 87, no. 4

“The dearth of prior research on Native American energy and the timeliness of this current interest make Indians & Energy both significant and relevant … Indians & Energy will serve as an important reference and source book as future decisions are made regarding energy in the Southwest. I will have a broad appeal to those interested in the water and energy field.”
—Douglas E. Kupel, The Journal of Arizona History, Summer 2013

“There is little doubt that indigenous peoples and energy policies form a significant and timely topic in the study of western history. It is also a subject that shows, in myriad of [sic] ways, the continuing confrontation between colonial intrusion and native peoples. This volume, edited by history professors Sherry L. Smith and Brian Frehner, unearths the complex relationship between American Indians and energy by focusing on one particular region, the American Southwest, an area rich in uranium and coal but dependent on its limited water supplies.”
—Janne Lahti, University of Helsinki, Southwestern Historical Quarterly July 2013