Immigration, Race and Place: Roots and Raices in Los Angeles 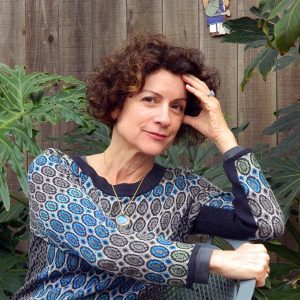 Sunflowers and tomatoes growing in the ghetto? Cilantro and roses too? Gardens and the inner-city are supposed to be antithetical, the former seen as restorative havens of beauty, tranquility and nourishment, and the latter as spaces of danger, decay and drugs, with graffiti-filled walls and dumped garbage. Today our inner cities are undergoing demographic transformations and urban regeneration. Latino immigrants are at the heart of this story, and in the neighborhoods of South Los Angeles, Latinos share similar struggles and projects with their African American neighbors. The garden is real, but it’s also a metaphor, as these communities are setting down roots and growing pathways to a better future.

I’m writing a book about the Latino immigrant transformation of the historically African American neighborhoods of South Los Angeles.   Watts is now 70% Latino.  Historic South Central Avenue, the neighborhood that birthed Los Angeles’ most important Black cultural and religious centers, and once hosted visiting luminaries such as Count Basie and W.E.B. DuBois, is now 88% Latino.  The Vermont Square/Slauson neighborhood is 70% Latino.  In South Los Angeles, African Americans have been displaced through processes of deindustrialization, hyper-incarceration, and urban distress, but Black people and their cultural institutions are still very present in these neighborhoods.  In my book, I seek to tell the story of how Latino immigrants have made new homes for themselves in South L.A.  It’s not the sensationalistic saga of Black/Brown conflict, nor a fable of seamless harmony.  Nor is it a story of one group triumphing over and succeeding another. But I believe it’s an important story that connects with our past, and one with implications for our future.  It also connects with fundamental sociological traditions.

Sociology arose in the early 19th century as Europeans were transitioning from feudal to capitalist societies, moving off the land and rural villages and into cities.  Alienation, anonymity, labor exploitation, and the rise of bureaucracy and secularization were some of the classic challenges that early social theorists identified in this shift toward modernity and urbanization.  Those remain important themes, but to truly understand urban life in the United States of America today, we need also to look at immigration, race, and place.  Anti-Black racism is a critical part of this story.  And by place I mean everything from the materiality of our dwellings, to the mental maps we use as we navigate our neighborhoods, and even to the plants that surround us.

For the first time in world history, more people now live in cities than in the countryside.  In the United States, more than 80% of the population resides in urban areas, and today, this includes many groups from other countries.  All of our major cities are increasingly immigrant cities.  Classic immigrant destinations like New York City, Los Angeles, San Francisco, Chicago, Miami and Houston are now joined by Atlanta, Newark, Boston, Phoenix and others.  How immigrant newcomers get along with old-timers is one of the key dramas now unfolding in metropolitan regions around the nation and the globe.  In addition, how we engage with soil, plants, and water will determine the ecological viability of the planet.  Gardens, public parks and neighborhoods are places to see these processes unfold, and in Black/Brown neighborhoods, we find that many people have roots in rural areas—a Mexican ranchero might live next door to an African American neighbor from rural Louisiana or Texas.  Commonalities of the past, and shared struggles of the present, may serve as bridges across groups and towards shared concerns for projects of social, economic and environmental justice.

We need new theoretical frames for understanding these processes. At the turn of the last century, University of Chicago sociologists looked at Chicago as a “natural laboratory.” They examined changing workplace and neighborhood dynamics in a city that included Southern and Eastern European immigrants and Black migrants from the South, but for the most part, these scholars ignored dynamic relations between African Americans and the new immigrants. Instead, they saw the new immigrants only in the context of white America. They devised theories of assimilation to analyze how immigrants become more like the white mainstream, measuring and comparing indicators of education and income. Contemporary sociologists have devoted a lot of effort to revising assimilation theory into many variants (e.g., segmented assimilation, bumpy-line assimilation and so on). I think we need some new ways of thinking. The country no longer looks the way it did in 1900, and we need new theoretical paradigms that better fit our current reality.

In the 1980s, thousands of Mexican and Central American immigrants began setting down roots in South LA.  Some had just crossed the U.S.-Mexico border, fleeing civil wars and economic devastation, and others moved here after enduring crowded apartments near downtown L.A., but they all came searching for the same thing–a better life. These were tough times in South LA.  It was reeling from the aftermath of deindustrialization, with gang wars, a crack epidemic, and impoverished neighborhoods featuring more liquor stores than grocery markets. As one Salvadoran woman in her 60s told me, neighborhood life back in the 1980s was a mixed bag: “Mira, hay cosas que eran buenas…Look, there were things that were good, and bad things. At that time we were about the only Latinos on the block…Everyone else was Moreno (Black). But the majority of those who lived there were older people, and they were very nice. We never had any problems with any Black neighbors.”   Others spoke with less equanimity.

First generation Latina/o arrivals established a kind of next door neighbor civility (even if relations stayed somewhat superficial) with their older African-American neighbors, but on the streets they often encountered hostility from youth gangs, street crime, over-policing, and a climate of violence and racialized resentment that was then palpable in South L.A. More than a few people told me about muggings, house burglaries or having gold chains ripped off their necks. A few experienced the chaos and daily fear that comes from living next door to a crack house. Pushed inward also by the language barrier, the work of daily survival, and the street violence, most Latina/o newcomers in this first generation responded by “shutting in and shutting out.” They basically kept to themselves.  As one Mexican man, now a 35 year-long resident of the historic Central Avenue neighborhood told me, “No eramos personas de la calle…We weren’t people of the street. We were people who went to the laundry, the market, and to work. Well, we would visit family (elsewhere)…but to go to the parks? You couldn’t. People just didn’t feel safe.”

Anti-Black racism brought from Latin American countries and nurtured in the U.S. by our own color line—as well as language barriers—also helped foster social distance. When asked about her biggest challenge living in South LA, one woman said, “El desafio, casi siempre….The challenge, almost always and to this day has been the language. That’s been my challenge. For my kids, no, because they were little and they acquired the language quickly.” In our interviews, we heard this over and over again. Consequently, Latino interactions with African-American neighbors and local civic associations usually remained limited. Racially segregated niches formed, especially among this older group.

But my team’s interviews also highlighted another important aspect of South LA racial dynamics: generations think about race in different ways. While the first generation migrated to South L.A. with anti-black racist ideologies—which were often hardened in the tough street climate in the 1980s and 1990s—the second generation Latinas/os who were raised in South Los Angeles expressed different perspectives.  Sure, some had faced racially motivated tensions in the schools or the street, but a large majority of the second generation expressed an affinity for African Americans that was non-existent among their parents’ generation. The Latina/o second generation grew up with Black friends, attended the same schools, played on sports teams together, and followed similar fashions and music. They spoke English fluently and communicated with their African American peers and neighbors. All of these factors meant they engaged with African Americans in a way that their parents simply could not. As one young woman said, “We grew up together. You know, they fed us collard greens; we fed them beans. You know, we grew up in each other’s homes, and we grew up together. So to us, it’s a similarity. They’re our people. We struggle, we consider them our people.”

My task this year is to weave these stories together in a way that respects the diverse narratives and the broader changes, and in a way that dialogues with both scholarship and broader publics.  Writing this type of book is an intellectual craft.  I’m not an artist or a potter, but I bring an artisanal sensibility to my analysis and writing.  As I build the manuscript, I’m working very carefully with the data, which includes 100 interviews with first and second-generation Latino immigrants, and 57 interviews and related field notes gathered in the public parks and urban community gardens of South L.A.  All of it has already been systematically coded and inputted into the qualitative data software program Dedoose, but to retain the integrity of people’s stories, I’m going back and reading the transcripts verbatim, looking not only for particular content, but also for nuances of tone, context and change.  There are other components to this book project too, as my co-authors will be working with quantitative census data, and additional interviews with a smaller set of prominent civic leaders and African American residents of Watts.

New kinds of gardens are growing in South L.A. and we seek to show the resilience, pride of place, and sense of promise that people are cultivating.  Latino immigrants are making new homes for themselves here, and we hope our book helps to forge more socially inclusive, economically vibrant and environmentally healthy South L.A. neighborhoods.  And just maybe, the analysis in this book can help provide critical lessons for other cities undergoing similar dynamics.